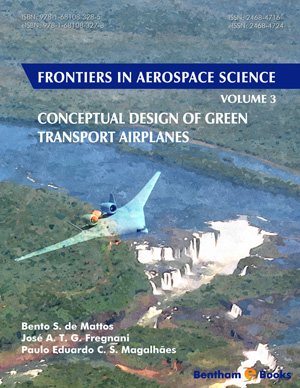 Aviation and the Environment

The present chapter contains information about the impact of aviation on global warming and describes the industry commitments to reduce greenhouse gas emissions. This chapter also analyses ICAO’s efforts in establishing goals and timeframe - carbon neutral by 2020 and 50% reduction on 2005 baseline - to states and industry to reduce aviation pollution. A solid “Four Pillar” initiative was set by the industry with the objective to address such a target, considering investments in operational procedures, infrastructure, technology and market-based measures. According to the recent studies, operational procedures and improvements in infrastructure may not be sufficient to accomplish the ICAO goals with current technological state of art. Innovative technological developments, mainly related to new airframe and engine designs and concepts are indeed considered the most effective and promising measures with potential to lead to fuel efficiency improvements up to 25% when compared with 2005 levels. With this perspective, fuel efficiency is becoming more and more relevant in aircraft design techniques. Electrical vehicles may be a considerably, if not entirely, a part of the ground transportation fleet in coming decades. A study was undertaken in the present work to estimate the percentage of aviation in CO2 emissions and noise levels considering a steadily increasing fleet of electrical vehicles over time. The evident conclusion is that even when introducing biofuels in aviation operations, their share in pollution compared to present levels will still steadily increase and take up a huge percentage of all transportation pollution. This will be an ongoing process up to the year 2050 despite the overall emission reductions. In other words, there is considerable evidence that aviation will be more and more in focus (and social-political pressure) throughout the years regarding the GHG emissions. This fact obviously reinforces the necessity for improvements in aircraft/engine designs, alternative motorization, and other sources of energy to empower aircraft systems and improve operational efficiencies.

The present chapter performs an analysis of the aviation from the dawn of aviation to early 2017, highlighting the European pioneering work in many aspects like supersonic flight and innovative aircraft configurations. The work of aviation pioneers is also analyzed. An overview of technological evolution since World War I to the present days is carried out, also addressing some notable events that shaped the commercial aviation. Special attention is given to the development of supersonic civil aircraft and its impact on the environment. Aircraft concepts that used or are currently employing alternative fuels and power are shown and discussed. Alternative means of transportation are also analyzed. The chapter also presents an appendix containing the major advances of aeronautical technology. Throughout this chapter, the reader will notice that some usual historical considerations are reviewed, and news analyses are provided.

The present work describes the entropy statistics theory and its application to analyze the commercial aviation market and fighter aircraft. Airliners are designed to comply with certification requirements and to provide operational profitability to airlines. They need to be more economical, lighter, faster and better than its predecessors. Understanding the technological evolution of aviation is extremely useful when one is designing new aircraft. Saviotti (1984) and later, Frenken (1997) proposed a method of analysis of aircraft technological evolution. This method, based on information theory developed by Shannon (1948), specially the concept of entropy statistics, has proved to be very effective for product classification. Thus, a methodology based on entropy statistics was employed to analyze the jet airliners since the 1950s and fighter aircraft since World War I. The results show the impact of notable events such as the 1978 Airline Deregulation Act on the airplane designs and naturally, the world wars. The airplanes can be classified into four groups: niche, fuzzy, scaled trajectories and breakthrough designs. Some airplanes were chosen for a deeper analysis and the entropy statistics methodology could correct label some airplanes like the ERJ 145 family, the Boeing 777-300, and Airbus 340-500. Fighter airplanes like the Vought Cutlass, Westland Wyvern, and IA-54 Pucará also could be adequately categorized and rated.

Aircraft design is a complex and fascinating business and field of research. Many good books have been written about it but most of them lack a comprehensive description about the feasibility phase of an aircraft development program. This chapter, therefore, will primarily act as an introduction to the elaboration of requirements for aircraft design leading towards the main steps of a viability analysis of an aircraft program. It will not attempt to duplicate the material found in the existing aircraft design books, but will give information about the financial analysis of a 50-seat airliner together with the descriptions of aircraft and component design. It also presents otherwise published and unpublished data and design methods that are suitable for feasibility studies, aircraft conceptual, preliminary and detail design activities. Examples of tasks carried out by under- and graduate students are presented. A viability of a new or re-engine program for a 75-seat airliner is explored using game theory.

Airplane design consists of putting together several thousand parts to ultimately fulfill a set of requirements defined principally by airlines, manufacturers, and certification authorities. From the traditional perspective of an airline, an interesting airplane is one that can generate the highest revenue with minimum operating cost – a maximum profit airplane. However, the airline industry is constantly broadening its consideration of what constitutes a nice-to-buy airplane. In recent times, not only economics, but also environmental considerations, are taking part in fleetplanning considerations. Following this trend induced by environmentally-aware passengers, and noise and pollution-related charges, airplane conceptual design methodologies are being expanded to incorporate methodologies for preliminary assessment of airplane noise and emissions. This chapter presents some methodologies for assessing airplane noise and emissions during the conceptual design phases.

A Multi-disciplinary design and optimization platform for transport airplane with environmental considerations is developed. Instead of employing the usual optimization approach that minimizes the averaged direct operational cost in a set of stage lengths, an enhanced multi-disciplinary methodology involving a considerable detailed airplane model is presented here. In the past, the suitability of the product for a realistic airline network has not been entirely considered, and even disconnected from airline real needs. Increased computer power, sophisticated surrogate models, and new optimization techniques make possible to optimize the complete system with aircraft inserted in an air transport network including complex mission analyzes. In this context, a sophisticated airplane design framework with multi-disciplinary approach encompassing several aeronautical disciplines including noise and emissions was elaborated for the design of optimal airplane configurations that are suited for a desired airline network. Artificial neural network is used as a surrogate model to calculate the airplane aerodynamics with a high-fidelity approach, to perform a realistic mission analysis enabling operation aspects to properly be considered in the optimization task. The simultaneous minimization of total network direct operational costs and maximization of Total Network Yield is performed to optimize fifteen aircraft design variables, encompassing airframe and engine definition. The MOGA-II genetic algorithm, available in the modeFrontier® Integrated Optimization Environment is employed in the present design simulations

Despite efforts to optimize the design of airframes and engines with the objective to produce more fuel-efficient aircraft, flight operations may also have a key role in fuel consumption and emission reductions. The cost of the adoption of operational procedures related to fuel conservation is relatively less than the investment in modern technologies and designs, involving most of the times training efforts adopted by the operational staff. A series of techniques is adopted by airlines with this objective, such as flight planning, dispatch and in-flight techniques, leading to improvements of about 6% in fuel efficiency. The automatic speed control and management provided by the development of Flight Management and Autothrottle systems permitted the adoption of the Cost Index concept, thus enabling the operators to further optimize the flight path and therefore minimize fuel and time costs. In addition, the adoption of aircraft conditioning monitoring programs may point to drag and engine-degradation patterns, which may be corrected through simple maintenance actions, with potential to recover up to more than 4% of fuel consumption. Considering the integration of the aircraft with the airspace system and network, an additional 12% improvement may be achieving through the adoption of common Air Traffic Management practices, supported by Communication, Navigation and Surveillance emerging technologies. Therefore, efficient flight operations have the potential to provide almost half of the necessary emission reductions required to be achieved by 2050, which should correspond to at least half of the levels in 2005.

Conceptual Design of Green Transport Airplanes presents key information, methodologies, and modern tools for the conceptual design of airliners that comply with requirements to minimal environmental impact. The book is comprised of eight chapters that address relevant subjects such as airplane technological evolution, feasibility studies, design framework for conceptual design, and flight operations. Important issues and methods for an in-depth feasibility study are presented to facilitate the decision-making process of aircraft programs. These include examples of business plans for a 50-seat and 78-seat regional jets, description of design phases, market strategy, competition among manufacturers, regulatory requirements, and technology assessment. Readers will also be introduced to modern methodologies used in the conceptual design process of transport airplanes, such as configuration study, aerodynamics, flight stability and control, performance, certification requirements and the role of flight operations. Thus, the design process is explained in an integrated manner which paves the way towards a better understanding of an optimized aeronautical design environment where noise and emission constraints are taken into consideration. Conceptual Design of Green Transport Airplanes is an essential reference work for aeronautical engineering students and technicians as well as industry professionals involved in the aviation and environmental protection/regulation industry. 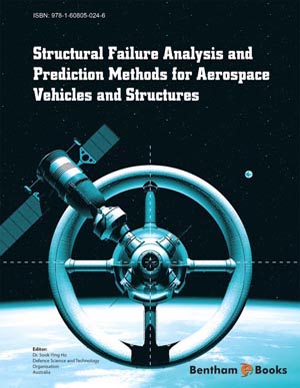