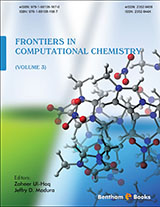 In Silico Approaches for Drug Discovery and Development

Discovery of new therapeutics is a very challenging, expensive and timeconsuming process. With the number of approved drugs declining steadily combined with increasing costs, a rational approach is needed to facilitate, expedite and streamline the drug discovery process. In this regard computational methods are playing increasingly important roles, largely assisted by developments in algorithms and greatly increased computer power. With in silico methods playing key roles in the discovery of growing numbers of marketed drugs, nowadays use of computational tools has become an integral part of most drug discovery programs. Computational tools can be applied at different stages: from target selection through identification of hits to optimization. In this chapter we aim to provide an overview of major tools that have been developed and are routinely being used in the search of novel drug candidates. In addition, we present recent advances, especially in the application of physics-based simulation methodologies, in the drug discovery process for the development of improved therapeutics.

Computational chemistry that comprises of Quantum mechanics (QM), Monte-Carlo (MC), molecular dynamics (MD) and ab initio MD (AIMD) simulation has emerged as a prospective tool for the calculation of various molecular properties by capturing the complex molecular interactions and is being used extensively in the fields of science and engineering. In that context, design and screening of suitable ligands for efficient separation of metal ions is imperative and demanding in view of the safe removal of metal ions from nuclear and chemical waste stream employing the much practiced separation processes namely: solvent extraction and ion exchange. In solvent extraction, an organic solvent containing one or more ligands and in ion exchange, a solid matrix called stationary phase, the surface of which is decorated by functional group/ligands are widely used to remove the desired metal ions from the aqueous medium.

This chapter will focus on designing new ligands or improving the existing ones for understanding the accurate nature of host-guest interactions together with the bonding nature with respect to the donor atom, complexation thermodynamics, conformational features of the ligands and solvent effect. Computational chemistry can play a crucial role for the quantitative predictions of the structural parameters, coordination number, complexation stability and selectivity of metal ion –ligand complexation with respect to the solvent extraction and ion exchange processes. Use of ionic liquid as a novel and alternative solvent to common organic solvent has also been discussed along with its dual extraction mechanism. Further, how Quantum electronic structure calculation can be fruitfully used for selecting the suitable ligand anchored on a solid matrix for a complex separation process has been demonstrated.

Molecular Mechanisms of Cellular Transport, Resistance and Cytotoxic Side Effects of Platinum and Adjuvant Anti-cancer Drugs – A Molecular Orbital Study

The side effects, acquired resistance, reversal of resistance, and combination of Pt drugs with adjuvant drugs has been examined using an extensive review of the literature and molecular orbital computations. It is concluded that Pt chemotherapeutical regimes are dominated by side reactions, particularly hydrolysis in blood serum and delivery efficiency. For example, it is shown that transplatin is therapeutically inactive because it hydrolyses faster in blood serum than cisplatin, so little transplatin reaches its target DNA. The reactivity of charged hydrolysis products determines the severity of side effect. The reactivity determining properties of the approved Pt drugs and their various hydrolysed species are calculated. The cellular uptake of Pt and adjuvant drugs is fastest for neutral species, with high lipophilicity, since their desolvation penalties for crossing the cell membrane are lowest. Pt resistant cell lines generally have lower levels of drug uptake, indicating this is a dominant first order cause of cellular resistance. Resistance can be caused by complexation of charged Pt species to phosphatidylserine (PS) headgroups, or by Pt complexation to the inner terminii of the trans-membrane pore of the hCtr1 transporter. Drugs that are known to reverse induced Pt resistance can decomplex the Pt-PS or Pt-hCtr1 complexes, restoring normal PS or hCtr1 functions. Molecular biophysical properties of adjuvant drugs used in combination with Pt drugs (e.g., paclitaxel, doxorubicin, gemcitabine, Folfox) can assist the clinical evaluation of combinatorial Pt based chemotherapeutic regimes. These drugs have similar properties to the approved Pt drugs, and fit into the same “therapeutic window” in sterms of their likely cellular uptakes and reduction potentials. The role of free radical species involved in Pt drug induced apoptosis via electron transfer from the guanine base of DNA, and the reactions of oxidizing hydroxyl radicals and reducing hydrated electrons reactions with cisplatin, transplatin and carboplatin under physiological pH and Cl ion condition have been examined.

Free radical sensitisers such as TMPD and TETA when combined with Pt drugs may allow targeting of the more hypoxic environments in solid cancerous tumours (and less damage to normal cells). The calculated biophysical parameters ionization energy and electron affinity, which are related to the redox environments found in cells, may be useful predictors of likely cytotoxic efficacy of combination therapies involving sensitisers and Pt drugs.

Cellular functions are primarily facilitated by biomolecular interactions with proteins, and ligand binding synchronizes the function of a protein to the requirements of its surroundings. Consequences of ligand binding to a protein may range from subtle perturbations in the side chain conformations in the vicinity of the binding region to large-scale global conformational changes. Coupling of a change in conformation with that in activity of a protein is traditionally referred to as allostery. In the recent years, however, the conventional allostery concept has been challenged to include perturbations in dynamics of a large number of proteins even in the absence of detectable changes in their backbone structure. Although it can evidently be suggested that binding produces a signal which can propagate to distant sites of a protein to achieve the observed conformational and/or dynamical perturbations, revealing a detailed mechanism of signal propagation is still an elusive task. In order to elucidate this mechanism, the following two questions demand to be answered: i) How do different regions of the protein respond? ii) How does the protein “sense” and transmit the local perturbation? The former question, being relatively easier to handle, has been tackled with Normal Mode Analysis (NMA), Elastic Network Models (ENMs), and statistical analyses of Monte Carlo (MC) and Molecular Dynamics (MD) simulation trajectories for the last ~30 years in the literature. The latter question, on the other hand, is currently a hot research topic in research community. Allosteric signals are generally suggested to propagate through “energy transport channels” (residue networks, or signaling pathways) formed by bonded and nonbonded contacts of residues, and experimental methods, such as double-mutant analysis and NMR relaxation methods, are used to identify residues participating to these intraprotein signaling pathways. For the last 10-15 years, there has been a tremendous interest in utilizing computational techniques to elucidate allostericity in proteins. While elastic network models and molecular simulations have continued to be resourceful methods, the most important novel contributions, presumably, have come from the graph theory, perturbation methods, and the statistical coupling method. In this chapter of Frontiers in Computational Chemistry, various computational techniques used to elucidate allosteric mechanisms in proteins are to be discussed with various examples.

Information-Theoretic Representation of the Chemical Space of Many Electron Systems

In this chapter we review the utility of an information-theoretic threedimensional (IT-3D) space to unveil the unique physical, chemical and biological aspects of a great diversity of many electron systems, ranging from neutral and ionized atomic systems and simple molecules to much more complex ones such as amino-acids and pharmacological molecular ensembles. This space is generated from the Shannon entropy, the Fisher information and the disequilibrium measures along with their corresponding Fisher-Shannon and López-Ruíz-Mancini-Calvet (LMC) complexity measures. To achieve it we start from the theoretical ground that atoms and molecules can be described by means of the basic information-theoretical notions of delocalization, order, uniformity and complexity; thus, revealing the possible existence of an universal three-dimensional information-theoretic space for all systems in Nature. On the other hand, we discuss the abilities of the Shannon entropy, Fisher information and disequilibrium to capture the spatial spreading features of delocalizability, order and uniformity of biological molecules. Indeed, these three entropic measures are found to uniquely characterize all amino acids, and some selected pharmacological systems, through a predominant information-theoretic quality scheme (PIQS) which gathers all chemical families by means of three major spreading features: delocalization, narrowness and uniformity. This scheme is shown to recognize 4 chemical groups characterized by this entropic scheme: delocalized (aliphatic and aromatic), narrowed (electro-attractive) and uniform (tiny). Chemical groups are differentiated according to their energy classifications. Also, it is shown that information planes produce interesting patterns associated to the PIQS scheme.