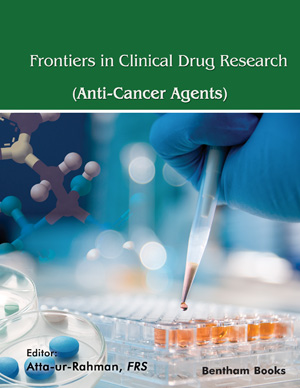 Prospects for Therapeutic Targeting of MicroRNAs in Brain Tumors

MicroRNAs (miRNAs) are small non-coding RNAs 18–24 nucleotides long and function as a post-transcriptional regulator of the expression of protein-coding target genes. It has been proven that normally microRNAs play an important role in various biological processes, including proliferation, differentiation, and apoptosis. Importantly, dysregulation of miRNAs is found to be involved in the pathogenesis of various human tumors, including brain tumors. Throughout the world, the problem of morbidity and mortality associated with brain tumors (e.g., glioblastomas multiforme (GBM)) has occupied a leading position for many years. Modern treatment strategies are based on surgery, chemotherapy, and radiation therapy. However, none of these treatments, alone or in combination, is considered effective. The data show that miRNAs can act as both a suppressor and an oncogene of tumor growth, regulating the processes of proliferation, tumor invasion, apoptosis, angiogenesis, immune response, metastasis, and drug resistance. While discussing recent studies targeting miRNAs to treat neuro-oncological conditions, we will discuss the advantages and possible limitations of miRNA-based gene therapy, the feasible methods for miRNA-based gene delivery, and the clinical therapeutic prospects of miRNA-based gene therapy for brain tumors.

Breast cancer, a heterogeneous disease, is the frequently diagnosed cancer and the leading cause of cancer-related deaths among women globally. Today, even if the survival rate of breast cancer patients is increased with combination therapies including chemotherapy, monoclonal antibodies, tyrosine kinase inhibitors or immune checkpoint blockade in the patients resistant to the therapies, the disease progression continues. Moreover, the clinical activity of the therapies is limited only to subsets of patients. These difficulties highlight the necessitate for the development of alternative treatment approaches. Vaccines that have protected humans against infectious diseases for centuries are increasingly being developed due to the cost-effective approach related to prevention, treatment, and eradication of cancer. In addition, vaccines confer long-term immune memory critical to prevent tumor recurrence. Breast cancer vaccines have been extensively tested in clinical trials, but no vaccine has been approved for either breast cancer treatment or prevention yet. In the past years, tumor self-antigens have been used in vaccine development. Tumor-specific antigens are not only present in the tumor cell but also in normal cells. Such developed vaccines cause immunological tolerance and cannot provide effective treatment. Currently, neoantigens are popular during vaccine development against breast cancer. Neoantigens formed by somatic mutations differ from self-tumor antigens and are specific to each individual patient. Another important vaccine target is the cancer stem cell that plays a key role in tumor development, dissemination, and resistance to therapy. Breast cancer vaccines targeting cancer stem cell and neoantigen can be used either single or combined with chemotherapy and immune checkpoint blockade and are also considered as an effective therapeutic strategy in breast cancer. In this chapter, the vaccination strategies in current clinical trials and possible future directions for vaccine development against breast cancer are portrayed and intensely discussed.

Desmocollin-3 (DSC3), a desmosomal adhesion molecule, is expressed in basal and suprabasal layers of the normal epithelium as a membranous protein. The development of cancer is associated with cytoplasmic expression or the absence of DSC3. It is present in a variety of cancers, such as ovarian cancer, skin, colorectal cancer, bladder cancer, cervical cancer, oral squamous cell carcinoma, head and neck cancer, non-small cell lung cancer (NSCLC), meningioma, chondrosarcoma, pancreatic cancer, liver cancer and melanoma. It is used as a diagnostic biomarker for the identification of squamous NSCLC amongst undifferentiated and poorly differentiated NSCLC. It is a promising prognostic biomarker for NSCLC, Oral squamous cell carcinoma, colorectal cancer and prostate cancer. It has a reciprocal relationship with infiltrating immune cells in squamous NSCLC, ovarian cancer and melanoma. Chemotherapeutic agents alter DSC3 expression in therapeutic as well as subtherapeutic doses. It may be helpful in the selection of appropriate therapy in patients with cancers.

Mutation of TP53 occurs in about 50% of both sporadic and familial cancer cases. In the remaining malignant tumours harbouring wild-type TP53, it seems that p53 function is suppressed via other mechanisms, including MDM2 upregulation. In addition to frequent loss of p53 function in most types of tumours, the multi-functional transcription activity and tumour suppressor impact of p53 encouraged an enormous effort to introduce novel anti-cancer agents targeting p53. Different synthetic nongenotoxic inhibitors have been advanced to prevent the interaction between p53 and MDM2 and correct p53 dysfunction, of which some are still at early stages of development, and many have recently entered into clinical trials. In spite of the potential merits of targeting p53, including less damage to normal cells, fewer adverse events, and more efficiency, it has its potential drawbacks, which are needed to be addressed. Moreover, activated p53 impacts other biological processes making p53 restoration therapy more complicated. This issue can be resolved through the identification of biomarkers that predict sensitivity to these anti-cancer drugs, combined treatment, and optimization of p53-targeted therapy.

In this chapter, we review the role of TP53 as a tumour suppressor gene, targeting the interaction between p53 and MDM2 as a strategy for the treatment of malignancies and p53-MDM2 antagonists with emphasis on those that have been used in clinical trials. Other aspects of MDM2 inhibitors, including their predictive biomarkers, their side effects, resistance mechanisms, and combined treatment of MDM2 antagonists with other anti-cancer drugs, which potentially improve their clinical efficacy and patient stratification, will also be discussed briefly.

Mitochondria are the key source of energy in cells. In a cancer cell, mitochondrial metabolism is deregulated to compensate for the energy requirements of the dividing cells. Mitochondria play a significant role in apoptosis by releasing the pro-apoptotic factors, which are also altered in cancer cells. In this context, the role of mitochondrial bioenergetics in regulating cancer stem cells, chemoresistance, and malignant transformation is just beginning to be unraveled. Additionally, mutations in mitochondrial enzymes can result in oncometabolite production, which acts as signal transducers that help in tumour growth. Mitochondria also play an important role in immune system evasion by altering the tumour microenvironment. All these make mitochondria a key target for cancer therapy. The mitochondrial outer membrane protein BCL2 is an anti-apoptotic protein against which a small-molecule inhibitor, Venetoclax, has been approved to treat leukaemia. Arsenic trioxide, a small-molecule inhibitor that targets complex IV in the inner membrane, has been approved by the US FDA to treat acute promyelocytic leukaemia. Metformin, a complex I inhibitor of the electron-transport chain, has shown a better effect on cancers having a mutation in complex I genes. Several drugs that can modulate the mitochondrial dynamics and functions are being tested for their anticancer property. This chapter discusses the mitochondrial functions in normal cells versus those in cancer cells and cancer stem cells. Anticancer therapy targeting mitochondrial proteins and processes is also elaborated. A catalogue of known mitochondrial mutations involved in cancer is presented. Immunotherapy using mutated mitochondrial proteins or peptides and immunometabolism as a target for cancer therapy is also discussed.

Gliomas are the most common malignant brain tumours in adults. In 2016, gliomas were categorised into four grades (WHO grades I–IV). Glioblastoma, which is classified as grade IV, is the most aggressive and severe type, with a 5-year relative survival rate of approximately 5% in adults. Conventional treatment options include surgical resection, radiotherapy, and chemotherapy, depending on the risk and grade of gliomas. Novel therapeutic strategies include immunotherapy and molecularly targeted biomarker therapies as mono- or combination therapies. One of the classical oral chemotherapeutic anti-cancer agents, temozolomide (TMZ), is beneficial for the treatment of newly diagnosed and recurrent gliomas. However, the risk of several side effects, including apoptosis and autophagy in normal brain cells, persists. Recently, in vitro and in vivo studies have provided evidence that immunotherapies, such as those based on type I interferons (IFNs), exert more significant anti-cancer effects against gliomas. Furthermore, mutations in epigenetic regulator genes, such as IDH1, IDH2, and MGMT, have been characterised as therapeutic targets for gliomas. However, there are still some challenges associated with the efficient treatment of gliomas, including the tumour microenvironment, recurrence, and prognosis. Therefore, the development of novel therapeutic strategies for cancer is necessary. Herein, we have comprehensively discussed and reviewed the therapeutic strategies currently available for treating gliomas in adult patients.