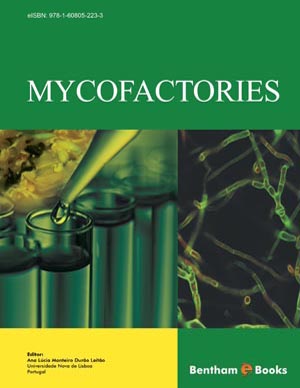 As a conservative estimate, some 120,000 species of fungi have been isolated. Many of these have been screened for their ability to produce industrially sound products. Fungi have been important in both ancient and modern biotechnological processes. They are of excellent value in nutrition, processes and products that utilize fungi include production of sugars, antibiotics, enzymes, organic acids, baking, brewing, alcohols, and numerous pharmaceuticals. α-Amylases and glucoamylases are used in the conversion of starch into different sugar syrups. Industrial applications generally require amylases with a very specific hydrolysis profile. The commercially used fungal amylases have certain limitations such as moderate thermostability, acidic pH requirement, and slow catalytic activity that increase the process cost. The importance of retrogradation of starch fraction in bread staling has been emphasized. A loss of more than US$1 billion is incurred in USA alone every year due to the staling of bread in winters. There is a need for good additives and enzymes for preventing staling and to improve the texture and shelf life of baked products. Pectinases are one of the upcoming enzymes of fruit and textile industries. These enzymes are required for the break down of complex polysaccharides of plant tissues into simpler molecules like galacturonic acids. The role of acidic pectinases in bringing down the cloudiness and bitterness of fruit juices is well established. The production of pectinolytic enzymes has been widely explored in filamentous fungi. However, there are a very few reports on the production of pectinases by thermophilic moulds for food applications. About two thirds of the phosphorus in plant ingredients for pigs and poultry is in the form of salts of phytic acid (myoinositol hexakisphosphates, phytates), which are not very soluble and of very limited digestibility. This area of research has advanced to the extent that enzymes are commonly required in poultry diets to enhance the nutritive value of cereals. This review focuses attention on the present status of knowledge on the production, characterization, and potential applications of fungal biocatalysts (alpha amylases, glucoamylases, pectinases and phytases) in food industry.

Lignocellulosic materials as industrial, agricultural, and forest residues account for the majority of the total renewable biomass present on Earth. Some fungi are equipped with potent enzymatic systems involved in the hydrolysis or oxidation of these biopolymers. Herein, we provide an update of lignocellulose biodegradation processes and the main biotechnological applications of lignocellulolytic fungi or their enzymes in biotransformation and biodegradation of wastes, and in the conversion of biomass into valuable products.

Fungi are metabolically versatile organisms in Nature, existing either as free-living species, in association with other species, e.g. lichens, mycorrhiza, or as pathogens in animals and plants. They are characterized by their notable ability to degrade a wide variety of complex polysaccharides and recalcitrant waste organic materials. Their attractiveness in Biotechnology comes from the remarkable capacity to secrete a wide spectrum of enzymes that are used in food and for biomass degradation, as well as to produce a variety of secondary metabolites ranging from human therapeutics (e.g. antibacterial and antifungal agents) to specialty chemicals such as polyketides and organic acids. This minireview is mainly focused on filamentous fungi as a mycofactory for enzyme production dedicated for plant biomass (lignocellulose, hemicelluloses) degradation. As several filamentous fungi relevant to this industrial application have been recently sequenced, we will first provide an overview on the main fungal genome sequences, pointing out that 7 to 12 % of the gene content of these genomes codes for secreted proteins, collectively termed as the ‘secretome’, among which a significant proportion encodes putative ‘Carbohydrate-Active enzymes’. In the second part, we will review how the exoproteome, which represents the set of secreted proteins in the medium, has been initially characterized, and then show that a combination of computational, transcriptomic and proteomics methods is the most effective approach to reveal the reliability of predicted secretomes. At this stage, two major observations can be made. Firstly, the exoproteome of a fungus is strongly tied to its culture conditions and/or nutrient source. Secondly, and more interestingly, a catalog of genes encoding putative Carbohydrate Active enzymes greater than ever expected has been revealed from genome sequencing. Moreover, transcriptome analyses of filamentous fungi cultivated under cellulolytic/hemicellulolytic conditions have shed light on an impressive collection of upregulated genes encoding putative secreted proteins with yet uncharacterized function. Altogether, these new findings show that there is still a long way to go for a comprehensive understanding of the fungal secretome, which is the basis for a rational development of optimized strains in white biotechnology.

Copper containing proteins are widespread in nature, ranging from humans to simple prokaryotes. They are involved in several functions related with copper homeostasis, transport and energy metabolism. Multicopper oxidases are a well characterized group of copper-containing proteins, characterized by their ability to employ the redox properties of the copper atoms to catalyze substrate oxidations. The multicopper oxidases have been classified in three distinct families according to their fold and properties: (I) nitrite reductase-type, (II) laccase-type and (III) ceruloplasmin-type. In fungi, multicopper oxidases showed versatile metabolic properties, being involved in reactions such as polymerization of phenolic acids to constitute lignin, and the oxidative degradation of xenobiotic compounds. In this review we will analyze in detail the structural properties of two main groups of fungal multicopper oxidases, laccases and tyrosinases, in order to establish solid structure-activity relationships among all their members. Structural features of multicopper oxidases from fungal origin will be also related with the substrate specificity of the enzymes and their possible applications in biotechnological processes.

Mold-Fermented Foods: Penicillium spp. as Ripening Agents in the Elaboration of Cheese and Meat Products

Fungi have been used to elaborate fermented foods by many cultures throughout the world since ancient times. Many filamentous fungi are currently used in food processing both in eastern and western countries. As food processors, filamentous fungi participate in different aspects during the elaboration of the product, contributing to its ripening, avoiding the growth of undesirable molds and bacteria, and providing the product with characteristic flavors and colors. Penicillium is the fungal genus most frequently found on foods, and some species are used in the food industry for elaboration of different products. This review will focus on three Penicillium species widely used in the western world as starter cultures/food processors. P. nalgiovense is frequently isolated from meat products, mainly dry fermented sausages. In recent years, this species has acquired biotechnological importance in the meat industry, due to its widespread use as starter culture. After inoculation with a suspension of asexual spores, P. nalgiovense develops on the product surface a typical homogeneous whitish thin layer of mycelium during the curing/ripening process. This mycelium contributes significantly to the product flavor, regulates moisture loss, and prevents the development of potentially mycotoxigenic fungal species. P. camemberti is the ripening agent of Camembert and Brie cheeses. It produces several enzymes, including exo- and intracellular proteases, some of which involved in casein hydrolysis during cheese ripening and thus contributing to the development of flavor and texture, and an alkalyne lipase able to hydrolyze monoand diacylglycerols, which produces free fatty acids that are important for the organoleptic properties of these cheese varieties. P. roqueforti is one of the most frequently isolated fungus on cheese due to particular physiological features that allow it to colonize the inner part of the product, and plays a crucial role in the ripening of the so-called blue cheeses. Its strong proteolytic and lipolytic activities are responsible for the typical organoleptic features of these cheeses. In addition, during the ripening process P. roqueforti produces andrastins (A-D), compounds with antitumoral properties which inhibit the protein farnesyltransferase enzyme.

Monascus fermented products are conventional food colorant and seasoning in many Asian countries. In recent years, they were found to ameliorate several civilization diseases including hyperlipidemia, hypercholesterolemia, and hypertension. Therefore, Monascus related products are popular on the market and are vastly consumed as a dietary supplement. Monacolin K is one of its bioactive metabolites and has been approved as a clinical prescription named Lovastatin. Monascus can be a potential source of various bioactive compounds. In this chapter, we summarize these bio-functional metabolites and also review the process and factors controlling the production of Monascus related products.

Fungal Biofiltration for the Elimination of Gaseous Pollutants from Air

Biological technologies for air pollution control are environmentally sound and economic alternatives and are being increasingly used in industry. Biofiltration involves passing waste air through a packed reactor containing active microorganisms capable of degrading pollutants. In general, biofilters achieve the highest rates of removal for compounds that are water soluble and biodegradable.

The low solubility of hydrophobic molecules in the aqueous biofilm is one of the major problems for their treatment in biofilters. However, this obstacle may be reduced using fungi as the biological agent. Fungi have several advantages for the abatement of hydrophobic volatile organic compounds (VOCs) in gas-phase biofilters, including their ability to degrade a large number different molecules, their resistance to low humidity and pH, their capacity to colonize unoccupied space with the aerial hyphae and to penetrate the solid support increasing the availability of nutrients. On the other hand, fungi grow slower than bacteria, their filamentous growth promotes increased pressure drop and under some conditions may produce spores that could represent some health hazard if not contained. This review will present the state of the art on the research being done with fungal biofiltration, covering the diversity of molecules and fungal species studied, the characteristics of fungal growth in biofilters, the type of reactors and supports used, the operational problems and mathematical modeling of these processes.

Fungi are extremely versatile microorganisms as a biotechnology tool having the advantage of being relatively easy to grow, thus making them suitable for large scale production. Fungi have been successfully employed for biotransformations ranging from food manufacturing to drug design. Mycofactories comprise a substantial share of significant current research in the area of fungal biotechnology, and constitutes an effort to compile high level research in this domain. Topics include applications of fungi as a main source for the production of enzymes, manufacture of food derivatives, pigments and additives, and applications in bioremediation. 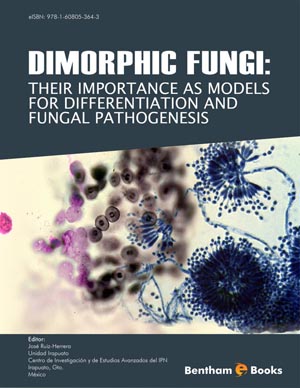 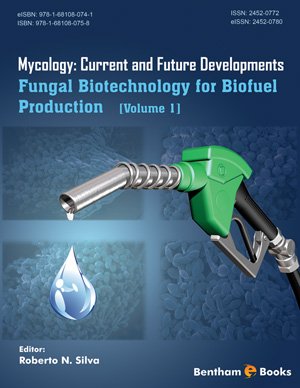 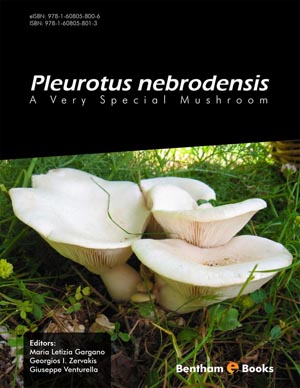 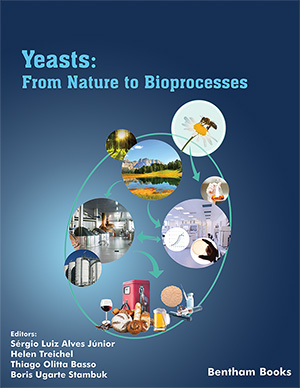