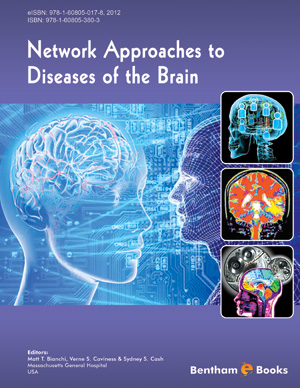 Network Approaches to Diseases of the Brain

Synchronizing Bench and Bedside: A Clinical Overview of Networks and Oscillations

Technological and computational advances offer increasing capacity to quantify what neurologists have long appreciated as the complexity of the brain. The information-rich techniques of electro- and magnetoencephalography, as well as structural and functional MRI, are increasingly being examined through the lenses of network theory and oscillations to capture complex brain dynamics. Although still in the early stages of clinical application, these “network” approaches have the potential to shed new light on the diagnosis, prognosis, and treatment of neurological diseases. We review the basic principles of network theory and oscillation dynamics, including the recently discovered “small-world network” concept, and provide and introduction to how these techniques are being applied to routinely available clinical data (such as MRI, EEG, and MEG). Specific clinical applications span normal brain functions (cognition and sleep) and disorders of the brain such as epilepsy, dementia, movement disorders, pain, autism, and schizophrenia. These interrelated approaches respect the fundamentals of anatomically-driven diagnosis while providing a theoretical and practical armamentarium to investigate aspects of neurological disease that may challenge the scope of traditional clinical tools.

Primer on Networks in Neuroscience

Networks now play a prominent role in neuroscience research, supported by new data acquisition and analysis techniques. In this chapter we provide a brief introduction to this emerging field, with particular emphasis on methods to create (structural or functional) networks from neuronal data to characterize structural network properties. We also outline three simple models of networks, including the small-world network. The concepts introduced in this chapter provide a basic foundation to begin further exploration of networks in neuroscience, neurology and psychiatry. These clinical topics are covered in substantially more detail in the remaining chapters of the book.

The brain undergoes massive and exquisitely controlled age-specific anatomical and physiological changes throughout development. The network paradigms discussed in this chapter provide a rich new method to track these dynamic interregional relationships and describe global properties of the developing system as a whole. Here, as background, we review the primary events of anatomical and physiological neurodevelopment from gestation through adolescence. We then describe early work elucidating the presence and evolution of agespecific functional brain networks in normal neurodevelopment. Finally, we discuss work aimed at understanding how these relationships may be altered in disease, and perhaps even rectified with treatment. Although much remains to be done, the application of the network model to the developing human brain holds tremendous promise for future discovery.

Network analysis of neural and other information-processing systems has recently provided unique insights into the large-scale cohesive organization of subcomponents at many scales of space and time. In this chapter, we describe the network analysis of neural systems in general and that of the healthy and diseased human brain in particular. We present evidence from a variety of species and data modalities that neural systems show the so-called ”small-world” network phenomenon which also ubiquitously characterizes social groups, scientific collaborations, the world wide web, transportation networks, power grids, etc. We attempt to provide reasons why this property might have been selected in brain evolution, and to explain its functional significance, while delineating the methodological intricacies of network analysis of neuroimaging data.

Sleep is a state of altered consciousness accompanied by dynamic changes in metabolic activity and neural activity patterns. As such, research into the mechanisms of sleep and the consequences of sleep related disorders represents a frontier of human physiology in need of increasingly sophisticated analytical tools. Methodologies spanning electroencephalographic, magnetoencephalographic, functional magnetic resonance imaging, and autonomic metrics continue to uncover important details of sleep physiology. In addition, novel approaches to modeling sleep-wake state transitions continue to enhance our understanding of the overall architecture of sleep in healthy and disrupted sleep. Given the importance of sleep for mood, performance, restoration, and plasticity, these approaches hold promise for rapid clinical translation - not only for improved diagnosis and characterization of disrupted sleep across its many contributing etiologies, but also for treatment aimed at harnessing the benefits of consolidated sleep. This chapter reviews recent developments in these domains, and their potential clinical applications.

This chapter introduces a multimodal imaging approach to “epileptic networks”. It is explained why electroencephalography (EEG) in combination with functional magnetic resonance imaging (fMRI) is an ideal tool to study spontaneous brain activity such as spontaneously occurring interictal epileptic discharges, typical sleep graphoelements, or characteristic EEG oscillations. This is closely related to resting state brain activity in healthy subjects and has been studied via analysis of spontaneous neuronal oscillations and their fMRI correlates. The application of EEG/fMRI to disease, with epilepsy as the primary example, is reviewed. It starts from the original goal, the identification of the region of the brain in which interictal epileptic activity arises, moves on to studies not in line with this idea but introducing the new concept that fMRI maps may reflect entire epileptic networks, and finally to the clinical applicability of EEG/fMRI patient studies and publications suggesting the method may provide insight into the neurobiology of epilepsy. The chapter concludes with a look into the future: intracranial EEG/fMRI.

Following the discovery of context-dependent synchronization of oscillatory neuronal responses in the visual system, novel methods of time series analysis have been developed for the examination of task- and performance-related oscillatory activity and its synchronization. Studies employing these advanced techniques revealed that synchronization of oscillatory responses in the β- and γ-band is involved in a variety of cognitive functions, such as perceptual grouping, attention-dependent stimulus selection, routing of signals across distributed cortical networks, sensory-motor integration, working memory, and perceptual awareness. Here, we review evidence that certain brain disorders, such as schizophrenia, epilepsy, autism, Alzheimer's disease, and Parkinson's are associated with abnormal neural synchronization. The data suggest close correlations between abnormalities in neuronal synchronization and cognitive dysfunctions, emphasizing the importance of temporal coordination. Thus, a focused search for abnormalities in temporal patterning may be of considerable clinical relevance.

Recently developed brain stimulation techniques such as transcranial magnetic stimulation (TMS) and transcranial direct current stimulation (tDCS) use electromagnetic principles to noninvasively alter brain activity, with the precise effects varying as a function of stimulus intensity, frequency and duration, as well as the target location. The ability to manipulate brain activity in a temporally and spatially specific manner has helped delineate the time-varying contributions of various brain regions to normal cortical function. When combined with other brain imaging technologies such as MRI, PET and EEG, these brain stimulation techniques can also provide additional insights into the network dynamics and functional connectivity of different brain regions. Such studies have played an important role in advancing our understanding of the processes that underlie normal brain functions such as sleep and language, and the alterations that occur in pathological conditions such as depression. Furthermore, these techniques have also been used to study the brain’s response to injury, such as in motor recovery after ischemic stroke. Because brain stimulation techniques can also be used to noninvasively produce potentially long-lasting, predictable changes in cortical activity, their utility in the treatment of various neuropsychiatric disorders is also being actively explored, with some encouraging results. Consequently, brain stimulation techniques are promising and important new tools in the understanding of cortical function and treatment of brain pathology.

This book covers novel approaches using networks and oscillations and it will serve as a catalyst for translating these exciting advancements into the clinical arena. This collection of articles aims to accelerate the widespread clinical translation of network approaches by providing practical information accessible to clinicians in neurology and psychiatry - fields that are uniquely poised to implement these developments in clinical treatment of brain diseases. It should be a useful resource for researchers and working professionals in neurological and psychiatric academic centers.