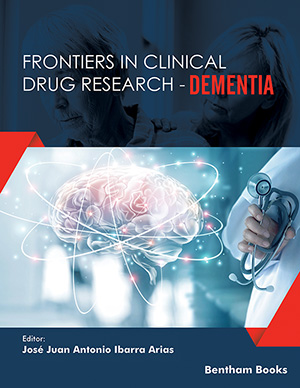 Comorbidities Inducing Mild Cognitive Impairment, an Evaluation of the Risk Caused by some Pathological Conditions

Mild cognitive impairment has usually been associated with aging, however, in recent decades with the increase in the prevalence of pathologies such as obesity, diabetes mellitus, cardiovascular diseases, and even spinal cord injury, it has become evident that a significant percentage of people who suffer from one or more of these diseases are at greater risk of suffering from some level of cognitive impairment that can lead to the development of various types of dementia. In this chapter, we review the main characteristics and mechanisms that promote the development of this type of alteration in each of the mentioned pathologies and briefly describe the various ways in which they have been approached.

The two main histopathological hallmarks still required for the diagnosis of Alzheimer's disease are the presence of amyloid plaques and intraneuronal neurofibrillary tangles formed mainly of tau protein. Normally, tau protein regulates intracellular trafficking and provides microtubule stability. However, in AD as well as in other tauopathies, there is a disruption in the normal function of tau, leading to the development of neurofibrillary tangles with disease-dependent ultrastructure of the tau filaments.

After several failures of trials with drugs trying to prevent the accumulation of amyloid, tau protein became another target of molecules designed to modify the course of AD.

Each stage in the development of tau pathology, from the expression of tau protein to its post-translational modifications, with the protein’s aggregation and impaired clearance, presents opportunities for therapeutic intervention: reducing tau expression with antisense oligonucleotides, reducing tau phosphorylation with kinase inhibitors, inhibiting tau acetylation, tau deglycosylation, tau aggregation, modulating tau degradation, stabilizing the microtubules, as well as active or passive anti-tau immunotherapies (with various monoclonal antibodies), have been attempted or are still in trials, with rather inconclusive results so far. It appears that an efficient diseasemodifying therapy is not yet available. Given the complex pathophysiology of Alzheimer’s disease, most likely, a multi-targeted approach would be more effective.

Implication of Dehydroepiandrosterone on Dementia Related to Oxidative Stress

The number of people living with dementia will increase worldwide over the coming decades as the population ages. The aging of the brain is associated with oxidative stress. Evidence of increased oxidative stress has been seen in Alzheimer’s disease (the most common cause of dementia), contributing to the formation of amyloid plaques and neurofibrillary tangles. Dehydroepiandrosterone is a physiologically active steroid hormone that declines with aging and is associated with aging-related neurodegeneration. Exogenous dehydroepiandrosterone can exert an antioxidant or prooxidant effect, depending on the dose and tissue specificity. Dehydroepiandrosterone biosynthesis in the brains of rats, bovines, and humans can be mediated by prooxidant agents, such as Fe2+ and β-amyloid peptides. A-β can provoke an increase in oxygen free radicals in cells, and this rise in reactive oxygen species modulates dehydroepiandrosterone levels. Also, studies have demonstrated that dehydroepiandrosterone treatment may modulate Akt (a serine/threonine kinase implicated in neuronal survival), and its activation could be changed with aging. Despite the numerous studies, the mechanism of action of dehydroepiandrosterone and its relationship with dementia or improvement in behaviours associated with memory and motor activity should still be elucidated as relates to dosage, temporal treatment window, besides its acute and chronic effects. A better understanding of the physiological role of dehydroepiandrosterone in the aging process may be of benefit to the development of novel strategies in the treatment of dementia.

Recent nanotechnological advancements have opened new windows of hope for the treatment of neurodegenerative diseases and all of these new methods are rapidly evolving. Alzheimer's disease (AD) treatment based on neuroprotective and neurogenerative techniques has been advancing rapidly in recent decades, and the use of nanotechnology developments such as polymers, emulsions, lipo-carriers, solid lipid carriers, carbon nanotubes, and metal-based carriers has been very effective in both diagnosis and treatment methods. Targeted drug delivery is one of the most important concerns in the AD treatment approaches because the ‘blood-brain barrier’ or the ‘blood-cerebrospinal fluid barrier is a serious obstacle for delivering a therapeutic agent to the desired location, but the use of nanocarriers have provided acceptable results in this area. It seems that the use of nanotechnology in approving a successful treatment method for Alzheimer's is inevitable and this review has collected a complete copy of the recent nanotechnology-based approaches for the treatment of AD.

According to the World Health Organization (WHO), dementia is a syndrome that affects thoughts, memory, the ability to perform day-to-day activities, and behavior. Alzheimer's disease (AD) corresponds to almost 70% of dementia cases, affecting mainly the elderly over 60 years old, causing physical, psychological, social, and economic impacts. Whether of natural or synthetic origin, the polyphenols and their derivatives have great versatility in terms of biological activity, as can be seen in the literature, exhibiting different properties, such as anti-inflammatory, anti-tumor, anti-viral, anti-microbial, and others. Among therapeutic alternatives are polyphenols and their derivatives as a molecular class broadly studied against neurodegenerative diseases, including AD. This chapter consists of a literary review of some polyphenols and derivatives with proven activity against AD, thus showing their importance among the other molecular classes, when it comes to proposing new bioactive agents against AD. Many targets are studied for this disease, since the pathogenesis of AD requires clarification and approved drugs only delay the evolution of the disease, such as donepezil hydrochloride, galantamine, among others. In addition to encouraging new studies by relating polyphenols and derivatives targeting AD, this work can assist research groups by providing some recent studies that have proven this relationship. At the end of this research, it is possible to realize the importance and applicability of these compounds in AD.

Among neurodegenerative diseases, those that lead to a state of dementia are the aim of several investigations. Dementia is a chronic disease the prevalence of which is increasing worldwide. The number of dementia patients in the world is approximately 50 million, and it is estimated that the number of patients will reach 131.5 million by 2050. This increase will be accompanied by a significant increase in medical expenditures and other expenses, especially for elderly patients. Therefore, the maintenance cost of dementia in the future is expected to be quite high. For this reason, several investigations aim, firstly, to describe the key mechanisms involved in the origin of dementia and, secondly, to establish preventive and therapeutic strategies in order to understand and mitigate this debilitating pathology. <p> This volume of Frontiers in Clinical Drug Research - Dementia explores the current comorbidities that cause cognitive impairment and the current management alternatives for clinical cases of dementia. The reviews contributed in these volume will provide readers with a current perspective on the subject. The topics covered in this volume include: <p> - Comorbidities inducing mild cognitive impairment - an evaluation of the risk caused by some pathological conditions <p> - Tau-targeted therapy in Alzheimer's disease - history and current state <p> - Emerging nanotherapeutic strategies in Alzheimer's disease <p> - Implication of dehydroepiandrosterone on dementia related to oxidative stress <p> - Polyphenol compounds as potential therapeutic agents in Alzheimer’s disease <p> The volume is a timely update on dementia treatment for clinical physicians, neurologists, gerontologists, pharmaceutical and medicinal chemistry researchers, and physiologists.