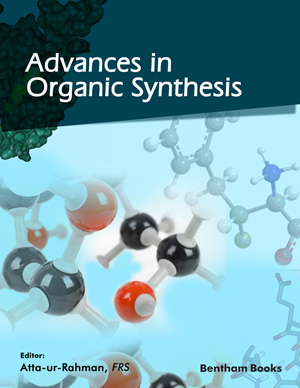 In recent years, the growing environmental awareness has prompted an increasing demand for eco-friendlier technologies, acting consequently as a main driving force for exploring greener methodologies. One of the most fundamental approaches in organic synthesis is the activation of the carbonyl group. This step is essential for the performance of a plethora of organic reactions. Herein, we provide a brief overview of molecular halogens and N-halamines in the context of their application as acid- and metal-free catalysts. Susceptibility of the carbonyl group to the nucleophilic attack allows the construction of numerous organic compounds. The existence of oxygen lone pairs puts the carbonyl moiety into the context of a Lewis base, prone to activation in the presence of a Lewis acid, which has been observed and extensively investigated over the last decade. The noncovalent interactions – halogen bonds – provided by halogen atoms in haloorganic compounds may be assumed responsible for their catalytic activity. Molecular halogens and N-halamines act as convenient, easily-handled, low-priced catalysts/mediators and, more importantly, the ones that can presumably act as Lewis acids. These characteristics prompted this class of compounds in the research focus aiming at substantial advances in organic synthesis. Finally, an optimal reaction method (where the carbonyl moiety activation represents an essential step) should meet the following criteria: i) an easily-manipulable, low-cost, non-metal, water- and air-tolerant catalyst, ii) mild and solvent-free reaction conditions, iii) no need for simultaneous water removal, and, iv) stoichiometric amounts of activators or large excesses of reagents.

In this chapter, we studied anti-algal coating development with silica-titania core-shell nanoparticles using a novel organic synthesis approach; peptization. Development of nano core-shell through this peptization methodology improved the two different material properties in a single nanoparticle excellently i.e. core silica improved the mechanical strength, and shell titania enhanced the anti-algal property of the coating. These coatings were formulated in two model binders: solvent-based binder polyurethane and water-based emulsion poly-acrylic at various concentrations of nanoparticles against hazardous algae present in seawater. Obtained results confirmed these developed coatings are super protective coatings using silica-titania core-shell nanoparticles, which are highly anti-algal as well as mechanically-strengthened that can be useful as marine antifouling coatings for water boats or ships and when it would be applied to the underwater hull of ships, discourages or prevents the growth of organisms that attach to the hull. It would also improve the flow of water passing the hull of a fishing vessel or high-performance racing yacht because of the smoothness of the coatings. Additionally, the irradiation effect of low energy ions was also investigated on these coating surfaces and found excellent results towards application in marine paint.

Fluorination reactions are an important class of organic synthesis. Fluorine is a highly electronegative atom; thus, it has dual characteristics, such as being basic and nucleophilic in nature which produces various products. In this chapter, we have discussed the recent development of fluorination methods by using various phase transfer catalysts. The catalyst plays a significant role in aliphatic nucleophilic fluorination. The various tasks of specific tailor-made ionic liquids are developed and used for fluorination reactions. Ionic liquid catalyst is immobilized, covalently bonded on solid or liquid support to improve the catalytic efficiency in the reactions.

Furan, pyrrole and thiophene derivatives are aromatic five-membered heterocyclic compounds with one heteroatom. These compounds are widely distributed in a wide range of natural and non-natural compounds. Many of these derivatives have a diverse range of bioactivities such as antimicrobial, anticancer, antiparasitic, antiinfammatory, antihypertensive antiviral, antitumor, activities, and several derivatives have been marketed as drugs for treatment of various diseases. Besides, the use of furan, pyrrole and thiophene derivatives also has been found in other fields such as organic materials, agrochemicals, flavors, dyes. They can serve as intermediate or building blocks for the preparation of natural product compounds or drugs.

With such a diverse range of applications, the preparation of furan, pyrrole and thiophene derivatives has drawn intensive attention of chemists. Several established synthetic approaches for example the Paal-Knorr, Feist–Benary, Gewald, Knorr and Fiesselmann, Huisgen, and Hantzsch syntheses have been modified and improved. Moreover, an enormous number of new methods for the preparation of these heterocycles have been developed. This chapter will give an overview of published studies on the construction of pyrrole, furan, and thiophene skeletons which date back to 2012.

Ascribing to the superiority of possessing noteworthy physicochemical properties, ionic liquids engirdle a scientific interest in research area of chemistry as green solvent over past few decades. Being constituted entirely of ionic species, these solvents remain often as fluid at room temperature. The strength of the cation, anion or the combination of both governs the acidity or basicity of reactive ionic liquids. Due to some special properties like flexibility, non-volatility, non-corrosive, tunable property, high thermal stability and recyclability; ionic liquids offer a great potential to replace conventional solvents in chemical synthesis. Further, the use of acidic or basic ionic liquids reduces the necessity of using external acid or base along with the solvents. Therefore, implementation of these ionic liquids in chemical laboratory is widely accepted as one of the green techniques as it lessens the adverse environmental impacts.

1,2,3-triazoles are highly desired synthetic molecules in the field of chemical and pharmaceutical industries as triazole containing moieties possess potent biological activities such as anti-viral, anti-epileptic, anti-allergic, anti-microbial, anti-cancer, antituberculosis and anti-HIV properties. Its application is also extended to other areas such as organic synthesis, polymer science, material science and chemical biology. As the incorporation of basic condition favors the synthesis of these privileged classes of compounds from their starting reagents, use of basic ionic liquids as reaction media provides an alternative and greener approach for their facile construction. This chapter will discuss triazole synthesis under green conditions by following three different routes in basic ionic liquid:

• Cascade synthesis of triazoles from azides and carbonyl compounds.

Advances in Organic Synthesis is a book series devoted to the latest advances in synthetic approaches towards challenging structures. The series presents comprehensive reviews written by eminent authorities on different synthetic approaches to selected target molecules and new methods developed to achieve specific synthetic transformations or optimal product yields. Advances in Organic Synthesis is essential for all organic chemists in academia and the industry who wish to keep abreast of rapid and important developments in the field. Contents of this volume include: - Metal-Free and Acid-Free Activation of Carbonyl Moiety Using Molecular Halogens or N-Halamines - Anti-algal Study on Polymeric Coating Containing Metal-Metal Oxide Core-shell Nanoparticles - Functionalized Catalyst for Efficient Nucleophilic and Electrophilic Fluorination - Synthesis and Applications of Small Fluorescent Molecules - Recent Achievements in the Synthesis of Aromatic Five-Membered Heterocycles Containing One Heteroatom - Basic Ionic Liquid Catalyzed Cycloaddition Reactions for the Synthesis of 1, 2, 3-Triazoles 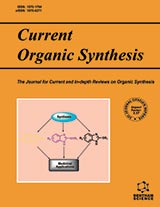