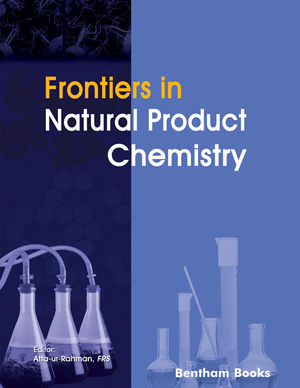 Today, there is a growing interest in the valorization of agricultural and agroindustrial waste/byproducts, including through obtaining bioactive compounds. Besides the use of plant proteins in animal nutrition, obtaining protein hydrolyzates could give an added value, improving digestibility and exerting functional properties by the generation of bioactive peptides. Bioactive peptides encrypted in plant proteins are latent until released and activated by proteolysis. Generally, to obtain bioactive peptides, enzymatic hydrolysis by peptidases is the most common way, with or without previous solubilization and purification steps of the intact protein. This hydrolysis step can be combined with physical and chemical treatments not only to improve the recovery but also to enhance the bioactivity. Therefore, our chapter presents an overview of different ways of production to obtain bioactive peptides from different underutilized plant sources, including from food, brewing and bioethanol industries. In order to characterize bioactive peptides, the application of conventional methods and more sophisticated methods based on mass spectrometry is also described. Moreover, recent literature on the bioactive properties of those plant peptides and current challenges associated with safety issues are discussed.

New Developments in the Quinolone Class of Antibacterial Drugs

The increasing drug resistance and the insufficiency of the newly developing antibiotics constitute a serious and growing health threat in the world. Especially Gram (-) bacteria acquire genetic material encoding antibiotic resistance by multiple mechanisms. Development of novel antibacterial agents with little tendency to bacterial resistance is, therefore, an important and challenging topic in the medicinal chemistry, and synthetic organic chemistry is an indispensable part of the design and synthesis of efficient antibacterial drug candidates. Among the broad-spectrum antibiotics, fluoroquinolones constitute the most attractive drugs in the anti-infective chemotherapy field. These antibiotics target the bacterial type II topoisomerase enzymes (DNA gyrase and topoisomerase IV) which are essential enzymes involved in bacterial cell growth and division. Since their advent, they were widely applied to treat infections. Unfortunately, most of them suffered from the resistance problem by mutations in the bacterial targets due to their wide use. Recently, the synthetic organic and medicinal chemists focused their research on the design of new fluoroquinolones with improved features by molecular hybridization technique. One of the most promising approaches aiming to combat resistant pathogens is the design and synthesis of new hybrid molecules in which different pharmacophore groups with different modes of action are joined together using a flexible linker. This strategy supplies a way to improve traditional drug combination therapies simplifying optimization of the pharmacokinetics/pharmacodynamic (PK/PD) profile, efficacy at both targets is usually synergistic.

In a “top-down” process, starch nanoparticles can be produced by structural and size refinements through the breakdown of large particles. In this study, the structure of fine starches prepared via a compressed hot water process at different temperatures (160 – 180°C) was analysed using dynamic light scattering and sizeexclusion chromatography with multi-angle light scattering (MALS) and differential refractive index detection. Changes in the molecular weight, polydispersity, hydrodynamic radius, and radius of gyration were assessed. The intrinsic viscosity of the fine starch solution was derived from the Flory-Fox and Ptitsyn-Eizner equation. The weight-average molecular weight decreased to 7.29×10-5 g/mol while the average hydrodynamic radius and weight-average radius of gyration decreased by 34.9 nm and 14.6 nm respectively, in fine starch prepared at 180 °C. In fine starches prepared at 160 °C, 165 °C, and 170 °C, tails in the multi-angle light scattering peaks, upswings in the conformation plots, and upturns in the plots of gyration radii and elution volumes were all the result of branching structures. In fine starches prepared at 175 °C and 180 °C, amylopectin branching was diminished and symmetrical scattering peaks were detected in the MALS analysis. We propose a pathway for waxy rice starch hydrolysis by a compressed hot water process.

The archeological and historical record shows that people across Asia, Europe, and Africa used alkaloidal drugs as early as 2000 BCE. Alkaloids are heterocyclic rings consisting of at least one nitrogen atom. They are the waste products of plant metabolites and serve a wide variety of biological activities to human beings. Nicotine, cytosine, atropine, scopolamine, cocaine, catuabine, quinine, quinidine, dihydroquinine, papaverine, ephedrine, reserpine, ergotamine, caffeine, etc. are the most important marketed plant alkaloidal drugs and their metabolites are described in this chapter. Metabolism plays a central role in regulating the toxicity of a variety of phytochemicals. Hepatic microsomal enzymes such as monooxygenase and putative NADPH-FMN-reductase, carboxyl esterase, CYP2B6, CYP3A4, and CYP2D6 are mostly involved in the metabolism of alkaloids. This chapter will be important for future researchers.

Cancer is a very fatal, challenging and complex disease. A large number of people across the globe are suffering from various types of cancer. The bioactive substances isolated from different parts of several herbs and spices have shown their valuable preventive and therapeutic role against different forms of cancer. The recent technological innovations have made it possible to explore the molecular targets of these bioactive substances and also enabled us to know the mechanism of action related to disease modulation. Our traditional knowledge related to chemopreventive and chemotherapeutic role of herbs is now being validated and explored by the use of modern biological techniques. However, mechanism of action that governs anticancer effect has not been well elucidated for many herbs and natural products. Herbal extracts are the mixture of different active substances, therefore screening and pharmacological response of each individual compound should be validated separately to gain some insight about mechanism of anticancer property. Polyphenols play significant role in initiation, promotion and progression of cancers by modulating the enzymes and signal of diverse pathways related to cellular proliferations, differentiation, angiogenesis, apoptosis and metastasis. These natural bioactives also serve as lead compounds for drug designing and their biological activity can be further optimize by some desired chemical modification. Optimisation of the therapeutic inhibitors can be enhanced using systems biology modelling of the molecular pathways related to the disease. The aim of this chapter is to provide the insight into the molecular basis of preventive and therapeutic effect of natural bioactive substance against cancer diseases.