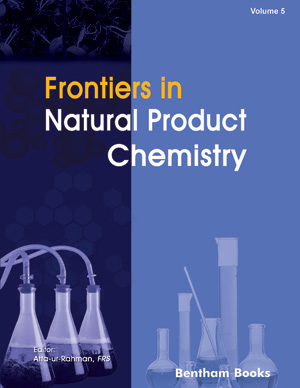 MAOs perform deamination of amines, are present at high-concentration in neuronal cells, and are found bound to the outer mitochondrial membrane. MAOA oxidizes serotonin, noradrenaline, and adrenaline; and MAOB oxidizes dopamine, β- phenylethylamine (β-PEA), and benzylamine. Abnormal MAOA activity has been implicated in depression, anxiety, and other psychological or psychiatric disorders, while heightened MAOB activity in the brain occurs in Alzheimer’s disease, Huntington’s disease, Parkinson’s disease, and normal aging. Drugs have been developed and continue to be developed with both MAOA and MAOB as targets. However, MAO inhibitors (MAOIs) have adverse side effects and serious drug interactions with some over the counter medications. MAOA is inhibited by Clorgyline and MAOB is potently inhibited by both Deprenyl and Pargyline. In addition, polyphenol green tea catechins may also target the MAO enzymes. Using these inhibitors as controls, fluorescent activity assays were performed with commercially available catechins from green tea extracts primarily composed primarily of EGCG. MAOs were utilized as targets to investigate and confirm recent studies suggesting that green tea catechin polyphenols may be preventative for certain degenerative diseases, psychiatric disorders, and emotional disabilities. Of the tested green tea extracts (confirmed EGCG), commercial catechins exhibited half-maximal inhibitory concentration (IC50) values in the low-to-mid μM range, at approximately 50-750 μM. Molecular docking of specific catechins into the MAOA and MAOB active sites resulted in binding constants in the low μM range. Docking studies as such provide structural insights into possible binding models of EGCG catechin to MAOs. Efforts to understand the effect of catechins on MAO targets are currently underway, and a survey of the literature is provided.

Chronic Myeloid Leukemia (CML) is a progressive myeloproliferative disorder accounting for about 20% of all leukemia cases in adults. The hallmark of the disease is a genetic translocation at the level of the long arms of chromosomes 9 and 22 resulting into the formation of BCR/ABL fusion oncogene, that in turn translates into the Bcr-Abl p210 oncoprotein. The expression and the aberrant function of Bcr-Abl p210 trigger both hematopoietic cell transformation and disease maintenance as established by experimental and clinical studies. The Bcr-Abl p210 chimeric protein is targeted by the kinase inhibitor (TKI) imatinib and its use has substantially improved the prognosis in CML patients however, the development of mutations in the ABL kinase domain often result in drug resistance. In most of the patients showing mutation the shift to second-generation of TKIs such as dasatinib and nilotinib can overcome imatinib resistance unless the occurrence of the gatekeeper T315I mutation in ABL domain, thus strategies in association with TKI, are currently being studied. In the past few years, natural products gained attention because of its potential effects to prevent cancer or to diminish the risk of tumor development and in this concern, the antioxidant and the anti-proliferative properties of bioactive components of Cynara cardunculus extracts are well known. This chapter is a focus on the medicinal chemistry and pharmacology of the sesquiterpene lactone cynaropicrin and its deacyl derivate that allows these compounds to negatively regulate bcr BCR/ABL fusion oncogene expression, thus paving the way for a novel therapeutic strategy aimed to both potentiate the effectiveness of imatinib or of its analogues and to delay or overcome the occurrence of resistance CML chemotherapy.

Non-communicable diseases (NCDs) such as cardiovascular diseases (CVD), type 2 diabetes mellitus (T2DMM), cancers, and chronic respiratory diseases are usually chronic in nature, and the mortality rate associated with these NCDs is high. However, epidemiological evidence implies a relationship between dietary polyphenols and reduced risk of a number of NCDs, and indicated that dietary polyphenols inhibit NCD-related pathological changes and prophylactically prevent occurrence of NCDs. In this review, I described the role of dietary polyphenols in the prevention of NCDs, and discussed the possible utility of several polyphenols as prophylactic agents for obesity, CVD, T2DMM, and cancer. Polyphenols are classified based on structure; particularly, flavonoids, which is further divided into six major subclasses, are the most common dietary polyphenols, and help in the prevention of NCDs. In addition, consumption of polyphenols was associated with a reduced risk of T2DMM and obesity. The preventive effect on NCD by polyphenols such as epigallocatechin gallate and resveratrol was associated with potent anti-oxidative and anti-inflammatory effects. Furthermore, these polyphenols regulated the signaling pathway, associated with NCDs. Polyphenol contributed to NCD prevention, and the protective effects may have resulted from its anti-oxidative and anti-inflammatory effect. The intake of polyphenolrich diets such as vegetable and fruit is important for prevention of NCDs. In future, the difference in polyphenol preventive effects and novel mechanism for preventing NCDs with polyphenol, need to be clarified.

Taxol (paclitaxel) is one of the most used chemotherapeutic drugs, first isolated from Pacific yew tree T. brevifolia. It is used for several cancer treatments due to its unique mechanism of action. The demand for taxol supply was exceeded significantly due to its low accumulation in Taxus sp., slow growth of the tree and high cost of extraction. Due to these reasons, considerable efforts have been carried out to explore the alternative sources, including plants other than Taxus sp., total and semisynthesis of taxol, plant cell culture technology, and endophytic fungi. The biosynthesis of taxol is a complex pathway and several genes associated with taxol biosynthesis are identified and cloned. Transcriptomic studies of the critical genes involved in taxol biosynthesis pathway provided valuable insight in gene regulation patterns about metabolite synthesis. Also, recent advances in metabolic engineering have demonstrated the potential of genes regulation to increase taxol production. This chapter provides a more in-depth insight into basic and applied research to increase taxol production.

Cytotoxicity Through Molecular Targets Involved in Apoptosis. Where Should We Further Search for Mushrooms Functionalities in Future Cancer Treatment?

Apoptosis is considered as a classical way of programmed cell death and important control mechanism of cell homeostasis. Cancer cells acquire different instruments to circumvent programmed cell death. This promotes uncontrolled growth and frequently confers chemoresistance to tumor cells. Activation of apoptotic signaling pathway has been a target of anti-cancer drugs in an induction of cytotoxicity. The mechanism of apoptosis is complex and includes many pathways. This chapter will focus on the current knowledge of apoptosis-triggering approaches in cancer therapy, as well as on mushroom extracts and isolated compounds acting as initiators of apoptosis through regulation of genes expression involved in cancer cell death. Furthermore, we pointed out directions for novel search for mushroom functionalities in this experimental field and discuss the possible further steps for exploration on the in vitro and in vivo levels.

Natural product chemistry is an important class of organic chemistry that contributes novel organic compounds to the chemical literature and is considered as one of the successful sources of supplying lead bioactive compounds to the drug discovery. One of the aspects of drug discovery is the identification of small molecules with enzyme inhibiting activities. Enzymes play an important role in all aspects of health in life and their overexpression and hyperactivation is involved in the pathogenesis of various diseases. For instance, anti-acetylcholinesterase (AChE) compounds are potential candidates for curing Alzheimer’s Disease (AD). During the past years, we are involved in discovering new enzyme inhibiting natural products from medicinally important plants. This chapter describes the identification of new anti-α- glucosidase, anti-renin, anti-glutathione transferase (GST) and anti-AChE compounds from medicinally important plants. Additionally, structure-activity relationships (SAR) and determination of active pharmacophores of newly discovered bioactive natural products exhibiting aforementioned bioactivities are also discussed.