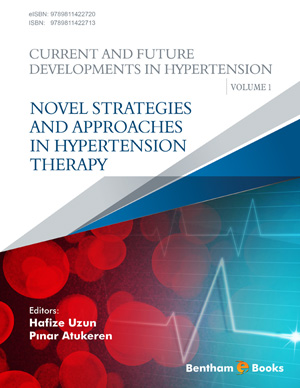 Current and Future Developments in Hypertension

Occupational stress resulting from a combination of high work demands and low job decision latitude is linked with causation of hypertension in the modern society. Psychological and social factors related to occupation are known to interact with physical and genetic factors in disease pathogenesis and its manifestations. In this chapter, the possible association between job strain and blood pressure levels in various types of occupation and its importance in clinical practice have been critically analyzed. Several authors have attempted to arrive at some consensus on the relationship between occupational stress and hypertension and thus formulate potential therapeutic and preventive measures. Furthermore, this chapter summarises the current evidence-based knowledge on occupational aspects of hypertension according to different occupations. The psychosocial effects on hypertension and measures to reduce occupational stress have also been outlined.

Systemic hypertension is a chronic disease which results in complications such as heart failure, renal failure or stroke. Polypharmacy is getting more important in this population. There are many mechanisms by which drugs may interact, mostly pharmacokinetic (absorption, distribution, metabolism, and elimination) or pharmacodynamic, or additive toxicity. Absorption of drugs can be affected by foods, antacids and antidiarrhoeals.

Distribution of the drugs can be changed by the volumetric status of the body and binding of drugs to proteins such as p-glycoproteins. The most important class of drug interactions involves the cytochrome P450 (CYP) microsomal enzyme system, which metabolizes a variety of drugs and herbal products. Cytochrome P450 enzymes metabolize approximately 60% of prescribed drugs, with CYP3A4 responsible for about half of this metabolism. Diuretics are renally eliminated and more vulnerable to drug interactions which take place in the kidney. Probenecid, nonselective nonsteroidal antiinflammatory drugs (NSAIDs), beta-lactam antibiotics, valproic acid, methotrexate, cimetidine and antivirals decrease the tubular secretion of loop diuretics from the proximal tubulus. Pharmacodynamic interactions between similarly acting drugs may lead to additive or even over-additive effects (potentiation). A good example for antihypertensive drugs is the combination of intravenous verapamil and a β-blocker, which may cause additive impairment and increase the risk of A-V (atrio-ventricular) block. The interaction of antihypertensives and NSAIDs is another important type of interaction. In this chapter, we mentioned all the interactions of antihypertensive agents through kinetic and dynamic ways.
open access plus

Pulmonary hypertension (PH) is a hemodynamic and pathophysiological condition defined as right pulmonary artery pressure (PAP) determined by right heart catheterizatition (RHC) at rest, at 25 mm Hg or higher. RHC and vasoreactivity test are the gold standard methods for diagnosis, treatment and prognosis follow-up of PH. Each group has different physiopathological features. Three main features that outstand in pulmonary artery are vasoconstriction, remodeling of arterial wall and in situ thrombosis. A wide variety of biomarkers have been explored, although there is no specific marker for PH. Patients were stratified according to pathophysiological, hemodynamical features, clinical pictures and form of treatment. Differential diagnosis of PH might be difficult because of its non-specific symptoms and it might be caused by many different disorders. Exertional dyspnea disproportional with underlying cause should be warning. Findings on physical examination are related with underlying disease. Treatment of the underlying disease is important. In patients with positive vasoreactivity test might benefit from calcium channel blockers. In patients with poor prognosis, treatment with a combination protocol involves intravenous (IV) treatment. Many combination treatments are used or developing at the present time. PAH is rare and often diagnosed late. Novel circulating biomarkers could contribute to the screening of PH. Different biomarkers may lead to different relevant information in PH patients, including disease progression, response to medical and surgical therapy, and prognosis. This chapter presents an update on alterations in the diagnostic algorithm, haemodynamic definitions, biomarkers, treatment and prognose in PH. A multiparametric approach is usually preferred because PH is more of a systemic condition than an isolated cardiorespiratory illness.

Diabetes and hypertension are increasing worldwide as an important public health problem. There is a fairly common ground that combines diabetes and hypertension. Especially insulin resistance is very important in this respect. Epidemiological data and randomized clinical trials indicate that appropriate treatment of diabetes and hypertension provides a significant reduction in cardiovascular events. For this reason, it is extremely important that these two diseases be handled separately. ACE inhibitors, ARB blockers, calcium channel blockers and thiazide diuretics are the preferred agents in these patients. For patients with albuminuria, ARB or ACEI should be preferred for renoprotective effects. In patients with resistant hypertension, aldosterone antagonists therapy may be added to present therapy.

Hypertensive disorders are heterogeneous, multifactorial disorders. They affect more than 10% pregnancies worldwide. Hypertensive disorders in pregnancy are divided into four groups such as chronic hypertension, gestational hypertension, white coat hypertension and preeclampsia. The underlying mechanism is still unclear. Inflammation, impaired redox balance, vasoactive substances, changes in reninangiotensin system and genetic factors play a role in the development of hypertensive disorders. Screening methods are important for early detection of hypertensive disorders because of further undesirable outcomes. Therapies of diseases are important for mother and fetus. Some of the drugs are used for first line therapy and the others for second line therapy. However, existing therapies are not fully successful due to adverse effects of drugs. Today some of the drugs such as, small molecules, antioxidants and vitamins used for experimental research are focused on halt proposal pathobiochemical mechanisms however, further studies are needed to clarify the underlying mechanisms and preventive therapy. This chapter summarizes risk factors and their related mechanisms, screening methods and proposal therapies of hypertensive disorders in pregnancy.

Endocrine causes of secondary hypertension include pheochromocytoma, hyperdeoxycorticosteronism, Cushing’s syndrome, apparent mineralocorticoid excess/11ß-hydroxysteroid dehydrogenase deficiency and primary aldosteronism. They comprise of the 5-10% of the causes of secondary hypertension. The identification of the genetic determinants of hypertension has been most successful in endocrine forms of hypertension. Moreover, the latest discoveries in molecular pathogenesis of these disease will provide an important basis for future personalized therapy. A promising area for the application of genetic testing to personalized therapy is the prediction of responses and adverse reactions to antihypertensive drugs. Herein, we review the different forms of endocrine hypertension, with a focus on prevalence and human genetic studies of endocrine causes of secondary hypertension, focusing on the most prominent and latest discovered genes; and related biochemical pathways reported in the literature.

Hypertension is one of the most common diseases responsible for death. There are five classes of medication for the treatment of hypertension, including those which have increasing prescription ratings year after year; angiotensin receptors blockers (ARBs) and calcium channel blockers (CCBs). Like all medications, CCBs were questioned about their long-term effects. Due to the important role of calcium (Ca2+) in cell physiology and apoptosis, investigators started to follow up patients using CCBs for cancers, especially breast cancer. Theories were consistent about the blockade of cytoplasmic Ca2+ and failure of apoptosis. There have been a lot of studies (cohorts, case-control and observational studies) in this area. Studies with a small sample size and short-term follow-up reported that the use of CCBs increases the risk of cancer, whereas larger studies and meta-analyses were in favor of CCBs. In conclusion, CCBs are very important agents in hypertension, arrhythmia and angina treatment. In theory, they may seem to inhibit apoptosis and increase cancer growth but with the right consideration of patients’ characteristics, time of use and age of the patient at the onset of the treatment, they are considered safe and efficient drugs unless studies with larger sample size and long-term follow-up claim opposite.

In this section, we discuss the cardiovascular pathways of the central nervous system (CNS), neural regulation of circulation and patophysiologic mechanisms of neurogenic hypertension. The pathophysiologic mechanisms underlying the increased arterial pressure in neurogenic hypertension are not clear. It has been suggested that sympathetic overactivity is present in hypertensive patients. The role of sympathetic outflow in the pathogenesis of hypertension has been an issue of continuous interest recently. Why sympathetic activity rises in neurogenic hypertension is unclear. In this section, proposed causes of increased sympathetic tone in essential hypertension; especially the factors causing impaired baroreflex sensitivity (i.e. aldosterone and locally produced chemical factors such as prostacyclin, prostaglandins, nitric oxide (NO), reactive oxygen species (ROS) and platelet factors),direct effects of NO, ROS, angiotensin II, salt and proinflammatuar cytokines to CNS factors that play role on impaired sympathetic activity in aging and obesity processes (i.e. leptin, insulin, insulin resistance, adiponectin and ghrelin) are discussed.

The Link Between Obesity and Hypertension Through Molecular Mechanisms

People with a body mass index of 30 kg/m2 or more are considered obese. Obesity is a complex common health problem. It may be the result of several causes and contributing factors and increases the risk of developing a large number of diseases via several mechanisms. Dysregulation of appetite control, endocrine mediators secreted from fat tissue, insulin resistance (IR), elevated oxidative and inflammatory stress, and genetic factors are associated with obesity. There are several factors in obesity related to hypertension, such as increased activity of the renin-angiotensin system (RAS), elevated oxidative stress, and endothelial dysfunction. This is a review of link between obesity and hypertension through molecular mechanisms.

Hypertension is an insidious and silent disease that is diagnosed relatively late due to its asymptomatic course. It is considered one of the most substantial major risk factor for fatal cardiovascular diseases in entire world especially people who live in developed communities. Epidemiological statistics and public health concerns are resulting in a need for an objective biomarker for this remedy. This necessity is quite crucial for hypertension due to available treatment options, silent clinical outcome progressing and discrepancy between blood pressure measurement methods. The use of biomarkers can contribute not only to pre-diagnosis but also to disease follow-up, treatment success, and prognosis estimation and complication analysis as a whole. As a general concept, biological markers can be located at various sites like systemic circulation, urine, pleural fluid, pericardial fluid, peritoneal cavity, synovial fluid, aqueous humor and even cerebrospinal fluid. Researchers are steadily trying to develop new markers to medical usage or pre-existing ones are being modified for new or enlarged purposes. Analysis methods are also becoming more accessible with less intense labor and less expensive thanks to high technology. Regardless of the tissue from which the biomarker is taken and difficulty in measurement procedures, it will always be a serious target to contribute new, more sensitive and more specific biomarkers on hypertension in clinical biochemistry.

High blood pressure is the most common cause of death worldwide. The goal of treatment should be lowering blood pressure to reduce the risk of heart disease and to reduce the risk of heart attack and stroke. Hypertension is treated with drugs and in addition the person's lifestyle and nutrition should be paid attention. Lifestyle changes are needed to control LDL-cholesterol, lipids and BP which are the cardiovascular risk factors. Lifestyle changes; nutrition recommendations involving the control of salt intake and weight loss, regular physical activity, avoiding alcohol/cigarette consumption, etc. are summarized in this chapter. It was shown that with DASH diet, which recommends reducing saturated fat, total fat and cholesterol, and increasing consumption of low-fat dairy products with vegetables and fruits, BP is reduced. Sodium, sugar, sugary drinks, fats and ready to eat meat are less involved in the DASH diet.