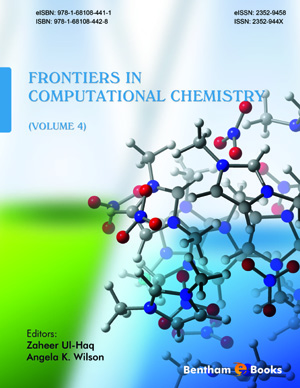 Natural lead is a chemical compound derived from living organism. Nature provides a vast set of structurally diverse compounds that can be used as a medicine. Traditional knowledge of natural medicine will remain as an important source of future medicine and therapeutics. A lead compound in drug discovery possesses some therapeutic applicability, but it may require a series of structural changes to serve as a drug. The chemical structure of the lead molecule is used as a starting point for chemical modifications in order to improve its selectivity, potency, pharmacodynamics and pharmacokinetic parameters. The high-throughput screening (HTS) techniques are used to screen thousands of compounds to identify potential drug candidates for a given drug target. The structure-activity relationship (SAR) and absorption, distribution, metabolisms, excretion and toxicity (ADMET) parameters and other related druglikeness properties of a lead can be optimized to discover a potential drug. ADMET assays measure and define the properties such as the rate of metabolism, non-specific and plasma-protein binding, permeability, liver and kidney toxicity, LogP and solubility. Furthermore, the process of lead optimization improves the poor druglikeness of the lead and a new candidate drug can be recommended for in vitro or clinical testing.

In the context of the current drug discovery efforts to find disease modifying therapies for Parkinson´s disease (PD), the current hitting-one-target therapeutic strategy has proved inefficient. As a result, finding multi-potent agents is attracting more and more attention due to the multiple pathogenetic factors implicated in PD. Multiple evidences points to the dual inhibition of the monoamine oxidase B (MAOB), as well as adenosine A2A receptor (A2AAR) blockade, as a promising therapeutic approach to prevent neuronal cell death involved in PD. At the same time, computeraided drug discovery methodologies have become essential components of the drug discovery pipeline and Virtual Screening (VS) methodologies have emerged asefficient alternatives for the discovery of new drug candidates. In this chapter are summarized recent advances in the application of computer-aided drug discovery methodologies in the modeling of dual target, A2AAR and MAO-B, ligands for the discovery of potential PD’s therapeutics. The problem of finding potential dual target ligands of PD is addressed from different points of view: Similarity analyses, QSARderived ligand-based virtual screening studies and Molecular docking approaches. For the three types of drug design approaches the utility of ensemble methods in computeraided drug discovery is discussed.

Microbial infections from pathogens remained a dire threat to mankind since time immemorial. Growing drug resistance is perpetually compounding the problem. Various multi-drug resistant bacterial, fungal and parasitic pathogenic strains continually pose elevated risk. Consequently, the necessity of developing new inhibitors is of tremendous importance. Growth of the pathogens can be inhibited by targeting the protein biosynthesis in the organism. Enzymes participating in the translation pathway such as aminoacyl tRNA synthetases (aaRSs) are promising targets for the development of new inhibitors. Detailed understanding of the interaction between the drug and the site where the drug binds (such as the active site or the editing site) is essential for a complete molecular level perspective of the inhibition of aaRSs in various pathogens. In the present chapter we depict the molecular studies of the inhibition of various aaRSs in bacterial, fungal and parasitic pathogens. The structural insights along with dynamical information about the inhibition processes of various class I and class II aaRSs are now developing. The studies include structural analysis based on crystallographic and NMR measurements. These studies are often complemented by mutation studies and kinetic methods. Molecular dynamics simulation and other computational studies provided detailed perspective of the interactions between inhibitor and the binding site. As a result, understanding of the actions of the various inhibitors of aaRSs emerged. The molecular level studies form the basis of new avenues for the development of novel inhibitors of bacterial, fungal and parasitic pathogens and hold promise for drug design in future.

Advances in the Computational Modeling of Halogen Bonds in Biochemical Systems

Halogens are often used in rational drug design in order to improve their ADME (absorption, distribution, metabolism, and excretion) properties. Additionally, they are also able to establish a non-covalent interaction known as the halogen bond. This highly directional R−X∙∙∙B interaction (X = Cl, Br or I, and B = Lewis base), where X acts as an electrophilic species, found widespread application in several areas such as anion recognition, supramolecular chemistry, crystal engineering, among others. Halogen bonds were also recognized as important players in biochemical systems, e.g. in protein-ligand recognition. Therefore, the development of computational methodologies capable of tackling this type of interaction is of paramount importance, in view of their application to medicinal chemistry and drug design. Herein, we discuss the character of the halogen bond and its presence in biomolecular systems. Afterwards, several computational methodologies are presented and discussed, in particular, those that can be applied to large biochemical systems. These methods range from the most computationally demanding quantum mechanics calculations, to force field-based methods and quantitative structure–activity relationship (QSAR) models. Selected examples where those methodologies were applied will also be presented. Overall, this Chapter aims at providing a succinct overview of the available computational methods to model halogen bond interactions in biomolecular systems, and discuss the usefulness of their application in the field of computer-aided drug design and discovery.

Molecular Classification of Caffeine, Its Metabolites and Nicotine Metabolite

Methylxanthines (caffeine and its metabolites) and cotinine were analyzed by liquid chromatography–tandem mass spectrometry in man blood and urine. Retention times are represented by structure–property relationships. Biological plastic evolution is an evolutionary approach combining the result of acquired features and evolutionary indeterminacy–morphological determination–natural selection principles. Its use in planning co-ordination descriptor gives powerful associations. The objective is to develop a structure–property relation for qualitative and quantitative prediction of xanthines retentions. Results contribute to xanthines relation prediction in man blood and urine samples. Code MOPAC-AM1 allows molar formation enthalpy, and TOPO, fractal indices, which show that for a given atom, energies and dimensions are sensitive to the presence in the molecule of functional groups. Formation enthalpy, fractal dimensions, etc. differentiate xanthines. Parameters needed for co-ordination descriptor are formation enthalpy, molecular weight and bare surface area. Categorization procedures are founded on information entropy and making. Xanthines allow a structural classification by the figures of C+N+O and O atoms. Dissimilar performance depend on the figure of C+N+O atoms. The innovation of the method is that two count descriptors result connected to retention time. On using classification algorithms in modest-extent collections, too much outcomes result matching to information, bearing a combinatorial explosion. Notwithstanding, equipartition conjecture chooses a criterion from categorization among hierarchical trees. Information entropy allows categorizing molecules in accord with principal components analyses. Hierarchical cluster and principal components analyses categorize xanthines into three groupings and produce acceptable performance. Categorization benefit results in estimating retention times for substances not comprised in the grouping. Caffeine is a drug model because it is one of the most studied medicines. It is the world’s most widely consumed psychoactive drug. Theobromine serves as lead for drugs development.