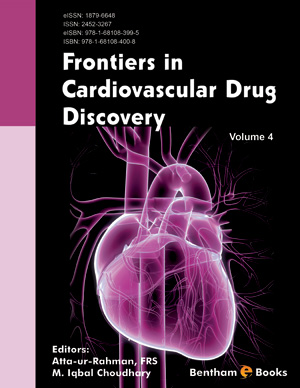 Should the Argument About Aspirin Dosing be About Frequency Rather the Dose?

Aspirin is known to have inter-individual variability in its pharmacodynamic response. Clinical investigators continue their empirical search for the optimum aspirin dose to safely prevent athero-thrombosis. Several patient populations have an accompanied accelerated platelet turnover that is associated with a time-dependent loss of aspirin efficacy. Increasing the dosing frequency has been shown to elicit better and more sustained platelet inhibition compared to a dose increase in these patient populations. This review explores the role of accelerated platelet turnover in aspirin pharmacodynamics and the benefits of multiple daily aspirin dosing.

Adenosine Receptors and Drug Discovery in the Cardiovascular System

The signaling nucleoside adenosine is produced intra- and extracellularly under physiologic and, more importantly, under pathologic conditions. Adenosine modulates cellular functions involved in injury, metabolic derangement, energy perturbations, and inflammation. The biologic effects of adenosine are mediated by four adenosine receptor (AR) subtypes of the G-protein coupled receptors (GPCRs) family: A1AR, A2AAR, A2BAR and A3AR. In the cardiovascular (CV) system, adenosine and its receptors are intricately involved in the regulation of myocardial contraction, heart rate, sympathetic control, conductivity, vascular tone, cardiac and vascular growth, inflammation, injury and apoptosis. As such, the modulation of the adenosinergic system has therapeutic potential for cardiovascular diseases (CVDs) such as metabolic disorders, atherosclerosis, hypertrophy, ischemic heart diseases, and heart failure. Nevertheless, despite the many years of investigation and experimentation only a few drugs targeting the adenosinergic system were developed and actually have reached clinical application. This chapter outlines the unique role adenosine plays in the CV system in physiology, pathology, and potentially therapeutic pharmacology. It also presents an updated review of the different adenosine receptors ligands, and their clinical potential in different CVDs.

Platelet Reactivity in Patients with Coronary Stenting Treated with Dual Antiplatelet Therapy and after Withdrawal of Clopidogrel: Impact of Bioactive Titanium Stent versus Everolimus-coated Stent

Objective: To study platelet reactivity at different times while on dual antiplatelet therapy (DAPT) with aspirin (ASA) and clopidogrel in patients treated with bioactive stents (TITAN2 ®) or everolimus-coated stents (XIENCE V®) and one month after clopidogrel cessation.

Background: Coronary intervention damages the endothelium and causes platelet response leading to thrombotic occlusion, which is prevented with DAPT.

Methods: We studied 20 patients with bioactive stent and stable ischemia (BAS-SI group); 31 patients with bioactive stent and acute coronary syndrome (BAS-ACS group) and 31 patients with stable ischemia and everolimus-coated stent (EVE group). DAPT was administered (ASA 100 mg/day and clopidogrel 75 mg/day) for one year in BAS-ACS and EVE groups and for 1 month in BAS-SI group. Platelet aggregation induced by different agonists and platelet recruitment were analyzed at different times of DAPT and 1 month after clopidogrel cessation.

Conclusion: Platelet reactivity in patients with DAPT varies with time, depending on the subset of patients, the type of the stent implanted and the time after implantation.

Since evolocumab clinical research program has completed and published their phases I, II and III results including its cardiovascular outcomes trial, this chapter is focused in reviewing the results of evolocumab clinical research program. In 2009, the effect of a “full human” monoclonal antibody vs PCSK9 in mice and non-human primates was first reported; MAb-PCSK9, AMG-145 (evolocumab) produced in cynomolgus monkeys a doubling in the number of LDLR and an average 75% reduction in circulating LDL-cholesterol. In 2012, the first phase I study with evolocumab versus placebo were reported; this program informed very significant reductions in LDLcholesterol in healthy subjects and patients with familial and non-familial hyper-cholesterolemia treated without/with statins; tolerability and safety of evolocumab were similar to placebo. With this evidence, the phase II and III investigations with evolocumab initiated; four years later, the OSLER trial allowed us to envisage the following scenario: MAb-PCSK9 evolocumab have a favorable effect on LDLcholesterol, other apo-B100 lipoproteins and overall mortality and myocardial infarction; all the aforementioned with a very favorable safety and tolerability profile. In the same direction, in 2016 was published the GLAGOV trial, wich demonstrates for the first time that the addition of a non-statin therapy -evolocumab- to the optimal treatment with statins is associated with atheroregression; and finally, in 2017, the FOURIER and the EBBINGHAUS trials were presented, wich confirmed that the addition of evolocumab to the optimal treatment with statins is associated with an additional and significant 20% relative risk reduction -26 months of follow-up- for cardiovascular mortality, myocardial infarction and/or ischemic stroke, all without neurocognitive risk.

Beyond the currently approved indications by regulatory agencies, considering the high cost of PCSK9 inhibitors and financial restraints within healthcare budgets, for now and before definitive and necessary cost-effectiveness analysis and price optimization are in place, evolocumab is recommended in specific clinical scenarios reviewed in this chapter.