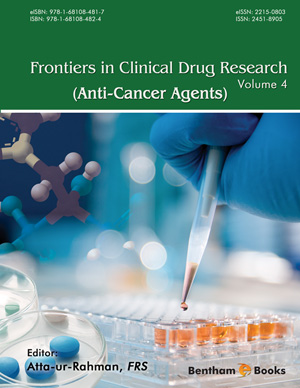 Gastrointestinal cancers are among the most common causes of cancerrelated death in the world. Alone the subgroup of colorectal cancer is the third most common cancer in men (746,000 new diagnosed cases in 2012, 10.0% of all cancer cases) and the second in women (614,000 new diagnosed cases in 2012, 9.2% of all cancer cases) worldwide. Beside different treatment strategies including surgery, radiotherapy and/or chemotherapy have improved the survival of patients in the last years, there is still an urgent need to improve prognosis in advanced disease by means of targeted therapies as well as an early detection of development of acquired resistance. For this purpose, molecular biomarkers are a promising option especially in the light of increasing amount of personalized medicine. In this chapter, we will review classic biomarkers for prognosis already in clinical use (e.g. carcinoembriogenic antigen, cancer antigen 19-9, serum pepsinogen I, α- fetoprotein, CD117) and new ones with their usefulness following combined therapeutic regimens. Some new technologies like the very sensitive digital-drople- -PCR, next-generation sequencing and high-throughput screening methods for RNA expression patterns will be discussed shortly regarding their application for detecting and discovering potential new biomarkers. Finally, possible new potential mechanisms of resistance related to targeted pathways will be discussed as genetic and epigenetic alterations (hypermethylation of CpG-islands, copy-number variation, lncRNAs and single nucleotide polymorphisms). Furthermore, the potential of circulating tumour DNA and non-coding RNAs, with a special focus on microRNAs as new biomarkers will be addressed.

In the last decades, the constant and relevant advances in genetics and molecular biology profoundly changed our knowledge on etiopathology, origin and progression of breast cancer disease. The different spread of program screenings, environmental and lifestyles changes have variously affected the epidemiology of disease in the different geographic areas. In the meanwhile, many new drugs have been experimented and entered into clinical practice. Thus, all the main aspects of the disease are continuously involved and need a regular updating. This chapter faces up with this difficult task and all the issues are discussed taking into account the most important scientific contributions in the field. The first part of the chapter is devoted to epidemiology, etiopathology and origin of the disease; thereafter it focuses on medical treatment and presents the current common lines of therapy in the different settings with particular reference to the more recent target therapies. As to this, the currently proposed treatments to overcome the occurrence of “de novo” or acquired resistance are also described. The last section discusses further innovative biological approaches and suggests a strategy for a more successful antitumoral immune manipulation.

Foods and Nutrients as Adjuvants in Cancer Chemo-prevention and Treatment

Foods and nutrients may be useful sources in preventing and treating cancer. Substances like resveratrol, curcumin, pomegranate and honey have turned out to be much promising agents for combating tumor cells, especially for overcoming chemoresistance. Compounds like resveratrol, which is abundant in red wine, red grapes, blueberries, peanuts and pistachios seem to induce p53-dependent apoptosis. Identification of a receptor of resveratrol in tumor cells, supports the potential of this substance as an anti-cancer agent. This receptor could serve in studies of future resveratrol analogues. Resveratrol is documented to surpass chemo-resistance through inhibition of NF- κB as well as the STAT3 pathway. Resveratrol has shown much promise in preclinical trials and because of its good safety profile it may be an ideal chemo-preventive and chemotherapeutic agent. Curcumin, a yellow component which belongs to the superfamily of polyphenols, is the most potent substance of turmeric, an Indian spice derived from the Curcuma longa plant. Curcumin and its analogues deploy their anti-tumor effects by inhibiting the STAT3 and the NF-κB, which play pivotalroles in the evolution of tumor cells. Furthermore, it has been demonstrated to inhibit focal adhesion kinase (FAK) phosphorylation and enhance the expressions of several extracellular matrix components, which play a pivotal role in invasion and metastasis. Curcumin has been shown to enhance cell adhesion ability, through induction of extracellular matrix substance collagen, fibronectin, and laminin. Taken together, it is suggested that curcumin suppresses FAK activity by means of inhibition of its phosphorylation sites and also induces extra-cellular matrix components to enhance cell adhesion ability, thus, preventing detachment of cancer cells and cell migration. Honey comprises of vitamins, including ascorbic acid, pantothenic acid, niacin and riboflavin and minerals like calcium, copper, iron, magnesium, manganese, and phosphorus. Also, honey is suggested to exhibit anti-cancerous features, while its antiproliferative and apoptotic effects vary according to the “floral origin and the phenolic content”. Finally, the role of pomegranate juice and/or pomegranate extracts in preventing and treating various tumors, especially prostate cancer will be discussed in this review. The pomegranate fruit is derived from the tree Punica granatum and is cultivated in Mediterranean countries, Russia, India, China, Japan, and the United States. The anti-oxidant properties of pomegranates have been demonstrated to be better compared to red wine or green tea, two dietary compounds which have been promising in preclinical prostate cancer cell lines for reducing metastasis, mainly through inhibiting matrix substances. The roles of resveratrol, pomegranate, honey as well as curcumin as weapons in our battle against cancer will be further elucidated in this review. Many more studies are needed in order to determine the exact dosage of each of the above-mentioned compounds for the prevention and treatment of various types of cancers, respectively. In this view, bioavailability of those substances has to be improved, whilst the maximum dosage that does not cause any serious adverse effects in humans has to be established. In particular, future studies should focus on ameliorating formulas of the above-mentioned compounds, by improving their absorption and kinetics as well as by minimizing adverse side effects, which are estimated to be often in doses that are really helpful for humans in the clinical setting.

Low targeting ability, drug resistance and toxicity are main hurdles for clinical applications of conventional anticancer drugs. Collectively, nanodrug, through loading traditional chemotherapeutics into nanocarrier, provides an effective platform to overcome these obstacles. Anticancer nanomedicine is an emerging method of therapy that focuses on specific drug delivery to improve treatment efficacy while reducing detrimental side effects to normal tissues. By taking advantage of the physical and chemical properties of nanocarrier, a nanodrug can achieve effective transport and delivery of active species to the targeted site of action within the biological systems for cancer treatment. In particular, nanocarriers can be modified in their structure, composition and other properties to overcome drug resistance, improve membrane permeability, prolong duration of action and even lower the toxicity. Furthermore, a nanodrug, by incorporation of certain functionalities could conjugate with thermal therapy or radiotherapy to achieve dual treatment. Due to these advantages, various types of nanodrugs have been approved for clinical cancer therapy and a number of nanodrugs are currently in clinical trials, demonstrating the great potential of their effectiveness in cancer destruction. In this chapter, the fundamentals of clinical nanodrugs for anticancer therapy are highlighted, and recently developed typical clinical nanocarrier platforms are summarized, with a focus on their advanced pharmacokinetic characteristics versus conventional anticancer chemotherapeutics. However, it is evident that multidisciplinary and international collaboration is needed to stimulate clinical translation of nanotherapeutics. Ultimately, nanodrugs may become a new therapeutic modality to treat cancer in the near future.

Adiponectin is an adipokine exclusively produced from adipocytes and exerts potent growth inhibitory activity in a wide range of cancer cells. Decreased expression and/or function of adiponectin are associated with increased risks and aggressive development of cancers with poor prognoses. To restore the expression level of endogenous adiponectin and to activate its functional pathways represent promising strategies for the prevention and treatment of cancer, especially in obese patients. However, the development of recombinant adiponectin as a therapeutic agent has been hampered by the complexity of its structures and the highly diversified functionality of this magic molecule. Here, the application of different adiponectin-based prophylactics and therapeutics in cancer treatment will be thoroughly reviewed and scrutinized.

Ever since the use of aluminium hydroxide (alum) as a potent adjuvant, there has been a colossal rise in the available adjuvants of varied nature for vaccine development. We now have come to a point where we know that some of the immune components such as cytokines are themselves associated with adjuvant properties. However, despite hundreds of well-designed pre-clinical candidates obtained after decades of research, only a handful of vaccine adjuvants have been approved and licensed for human use. This may be attributed to the complexity and the difficulty in designing adjuvants that are safe, potent and economically viable. However recent advances in our understanding of innate immunity, the immune response pathways and the mechanism of adjuvant interactions has led to better adjuvant formulations. For cancer, the success stories of treatment through immunotherapy were not as significant as that of chemo- or radiotherapy. However, vaccine development research has got an enormous attention after the US FDA approval of various preventive cancer vaccines such as Gardasil (Merck), Cervarix (Glaxosmithkline) and the therapeutic vaccine Sipulencel-T (Provenge). Approval of these vaccines has invigorated the use of cellular immunotherapy as an effective alternate method for the treatment of cancer and has provided support for renewed interest and attention which the development of new therapeutic cancer vaccines deserves. The present chapter discusses the role, mechanism of action, current clinical scenario of new cancer vaccine adjuvants, application of their molecularly defined formulations to new generation cancer vaccines and the future challenges, for the benefit of a varied audience.

Improving therapeutic efficacy and reducing adverse reactions of chemotherapeutic agents are primary goals of cancer research. Dicycloplatin (DCP), a next-generation platinum drug for cancer chemotherapy approved by the Chinese FDA in 2012, shows better solubility and stability than cisplatin and carboplatin. In preclinical in vitro and in vivo studies and a phase I clinical trial DCP demonstrated greater antitumor activity and fewer adverse events than carboplatin. Phase II clinical trials in advanced non-small cell lung cancer found efficacy and safety of DCP-plu- -paclitaxel comparable to carboplatin-plus-paclitaxel, but with better tolerability. DCP bio-pharmaceutical analysis showed different spectrum profiles of DCP and carboplatin in plasma. The bearable side effects of dicycloplatin might be due to the physicochemical properties of dicycloplatin, a supramolecule containing 4 hydrogen bonds. Furthermore, Histoculture Drug Response Assay and the successful treatment of a lung cancer patient with brain metastatic tumor indicate possible BBB penetration. Molecular studies of dicycloplatin-induced activation of DNA damage response, including Chk2, BRCA1 and p53, demonstrated a signaling pathway similar to cisplatin-induced activation. This chapter concludes with an early case-study report for the first American cancer patient to receive dicycloplatin chemotherapy. The patient was treated in Beijing in the summer of 2016. In conclusion, dicycloplatin is a promising next-generation platinum drug for cancer chemotherapy.

Frontiers in Clinical Drug Research - Anti-Cancer Agents is a book series intended for pharmaceutical scientists, postgraduate students and researchers seeking updated and critical information for developing clinical trials and devising research plans in anti-cancer research. Reviews in each volume are written by experts in medical oncology and clinical trials research and compile the latest information available on special topics of interest to oncology researchers. The fourth volume of the book brings forth reviews on biomarkers and new drugs used for treating gastrointestinal cancer and breast cancer. The volume also covers the topics of adjuvant therapy, cancer nanodrugs and the role of adiponectin and dicycloplatin in cancer therapy.