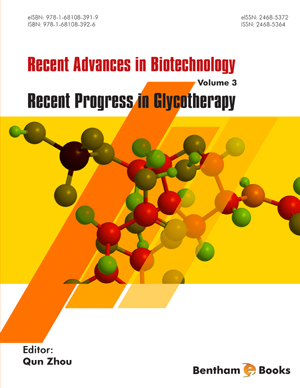 The Thomsen Friedenreich (TF) carbohydrate antigens are a group of short O-glycans overexpressed on most carcinomas that have been correlated with cancer progression and poor prognosis. Usually associated with immunosuppressive tumor environment, there is a number of potential immunotherapeutics against TF antigens have been developed, which comprise vaccines and antibodies. As therapeutic vaccination, TF antigens already entered into clinical trials, but with limited success due to low patient’s response. Novel vaccine design, with multiantigenicity and pointing towards the cellular immune responses arises as a potent stratagem to overcome the low ability of TF antigens to boost immune responses, typical of carbohydrates. The development of antibodies against TF antigens boosted even before vaccine development. These are mainly used for diagnostics, but so far no such antibody entered into clinical trials in patients. Increasing the specificity and the therapeutic efficiency of existing antibodies and developing novel antibodies are still necessary. The vast array of methodologies and engineering techniques available today will allow rapid development and novel formats for both vaccines and antibodies. Vaccines and antibodies targeting the same epitopes can function in synergy both to protect and to clear patient’s cancer cells. Whilst on one hand, TF antigens dampen immune responses against tumor cells, it is anticipated that the challenge is overcome by applying our increasing knowledge of the mechanisms behind to improve molecular design. Novel solutions are also envisaged by combining anti-TF therapies with other immunotherapies.

Cellular glycans play key roles in the infection process of many human viruses. Viral attachment to heparan sulfate (HS) or sialic acid (SA) moieties in cell surface glycans is a critical and conserved step for the entry of many human viruses, including clinically important human pathogens such as hepatitis B virus, hepatitis C virus, human immunodeficiency virus and influenza virus. As such, glycans are attractive targets for broadly acting antivirals. Molecules that mimic HS or SA interfere with viral attachment by competing for binding of virion glycoproteins to cellular glycans. Modulation of the levels of cellular glycans also affects viral attachment. These approaches show great promise based on their broad-spectrum activities, but the molecules identified so far often possess undesirable pharmacological properties resulting in potential adverse effects. Here, we describe the mechanisms involved in glycan binding, discuss broadly acting glycan-targeted antiviral strategies, and provide perspectives for the rational design of broad-spectrum small molecule entry inhibitors with broad-spectrum activities and appropriate pharmacological properties.

Improvement of drug delivery by covalent modification with polyethylene glycol (PEG) has been widely applied to proteins and low molecular weight pharmaceuticals. Protein therapeutic agents have the drawback of short circulating half-life due to their lability towards proteolytic enzymes and rapid clearance by kidney filtration. Moreover, their recognition by the immune system results in the production of neutralizing antibodies. Several strategies have been used for the PEGylation of proteins at the amino group of lysine but the product is heterogeneous due to random PEGylation. More recently, selective PEGylation of proteins was achieved by introduction of a PEGylated carbohydrate in an O-glycosylation site. This technique is called glycoPEGylation and is used for the production of several therapeutics, some of them are currently in advanced clinical trials. Improvement of the delivery system rather than the drug itself has led to the optimization of the therapeutic properties of existing drugs by minimizing their side effects. In this respect, active targeting to receptors present in cancer tissues prevents healthy ones from being damaged. Since carbohydrates have been recognized as playing an important role in the interaction with cell receptors, PEGylated carbohydrates have been used for active targeting of drugs. In this review we discuss different applications of sugar-PEGylation.

Originally considered simply another naturally occurring component of a number of tissues, breakthrough findings later disclosed hyaluronan’s (HA) extraordinary biological properties and paved the way for a new era of HA-associated medical applications. HA is, in fact, recognized by many cellular receptors, it can mediate cell migration, proliferation, cell-cell aggregation, it has been shown to promote angiogenesis, and the list goes on. This plethora of activities initially moved attention away from a polymer that was considered a simple carrier of biomolecules and towards its potential use in both treating many diseases and conditions and being involved in drug delivery. Given these premises, medical applications exploiting HA’s different roles have been developed. The focus of this chapter is directed towards the chemical conjugation of HA with small drugs, peptides and proteins. Reviewing the vast body of literature dedicated to this field, an extraordinary range of applications will be outlined. Although HA cannot be considered a polymer that is appropriate for all uses, conjugates specifically designed to exploit some of its biological properties and for numerous specific applications will no doubt enjoy an advantage over other polymeric conjugates.

Utilization of Glycosylation Engineering in the Development of Therapeutic Proteins

Biologics are drugs made from complex molecules manufactured using living microorganisms, plant or animal cells. Many biologics are produced using recombinant DNA technology. Glycoproteins represent a major portion of biologics, including monoclonal antibodies, Fc-fusion proteins and other therapeutic proteins or enzymes. A thorough understanding of the nature and function of the carbohydrate moiety and its impact on pharmacology properties is essential in discovering, developing and manufacturing safe and efficacious glycoprotein biopharmaceuticals. This review summarizes the recent development in glycosylation engineering and characterization methodology. Examples of N-linked and/or O-linked glycosylation impacting drug pharmacology properties (including activity, pharmacokinetics, clearance, and immunogenicity) of marketed and developing therapeutic proteins are presented.

Engineering of Therapeutic Proteins through Hyperglycosylation

One of the major challenges associated with the development of proteinbased biotherapeutics lies in achieving persistent concentrations of the active molecule in circulation. Most human proteins are rapidly cleared from circulation, mainly by renal filtration, and so increasing their in vivo residence time to reach appropriate therapeutic doses has been a matter of extensive investigation. The majority of therapeutic proteins exhibit post-translational modifications (PTMs). Among them, Nand O-glycosylation are the most abundant and complex modifications that proteins can undergo, affecting diverse biological properties, including solubility, protease and thermal stability, antigenicity, immunogenicity, bioactivity and pharmacokinetics. Thus, glycosylation represents one of the most relevant attributes of many therapeutic proteins, defining their potency and effectiveness. Also, both size and charge of proteins are completely modified by the presence of glycans, so that manipulation of this PTM represents a valuable tool to alter the pharmacokinetics and pharmacodynamics of biotherapeutics. This chapter deals with different glycoengineering strategies developed with the aim of increasing the plasma half-life of proteins, as well as other properties. Specifically, engineering of proteins through the addition of new glycosyl moieties is addressed. A thorough description of the properties conferred to proteins by glycans is first presented, followed by a description of the strategies developed for the rational manipulation of glycosylation parameters to improve such properties. Different approaches to incorporate new N- and O-glycans into proteins are described and exemplified. Finally, the application of N- and Ohyperglycosylation engineering to an emblematic protein such as recombinant human IFN-α2b is presented.

Carbohydrates (monosaccharides, oligosaccharides and polysaccharides) exist naturally in free from and as components of other macromolecules (nucleic acids, proteins and lipids). Glycotherapy refers to this use of carbohydrates or glycoengineered macromolecules in fighting life-threatening diseases. Although glycotherapy is a relatively new and limited field of pharmacology, significant progress has been made in recent years in academia and the pharmaceutical industry facilitated by advances in enzymology and recombinant DNA technologies. Consequently, carbohydrate containing biologics are now used in therapeutic regimens. This volume provides a summary of the progress made in developing therapeutic solutions using glycoengineering techniques. Topics covered in this volume include the development of vaccines and antibodies against tumor-associated carbohydrate antigens for cancer treatment, the use of glycan for viral inhibition, glycoPEGylation, hyaluronic acid conjugation, and protein modification and conjugation for increasing therapeutic index using recombinant and chemoenzymatic approaches. The volume is essential reading for biochemists, pharmacologists and R&amp;amp;D professionals interested in glycotherapy. 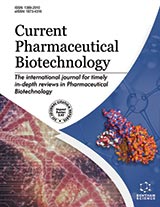 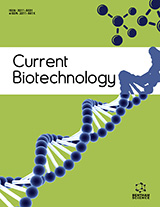 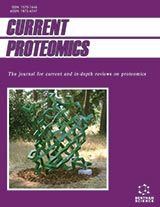 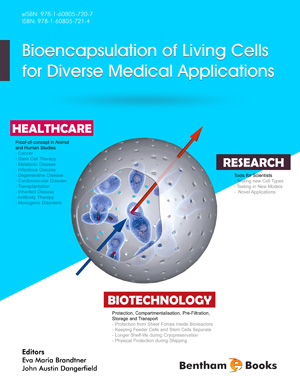 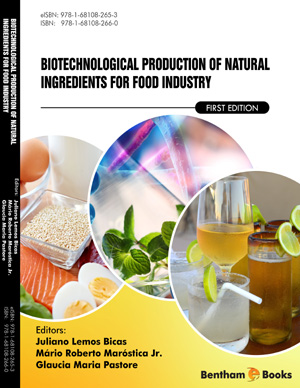 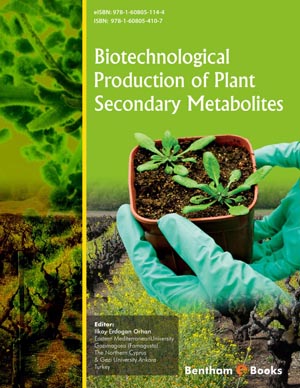 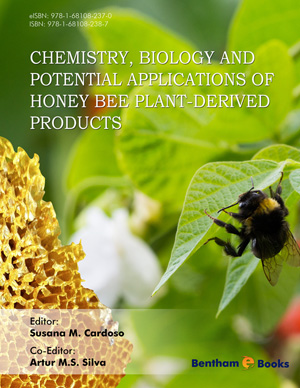 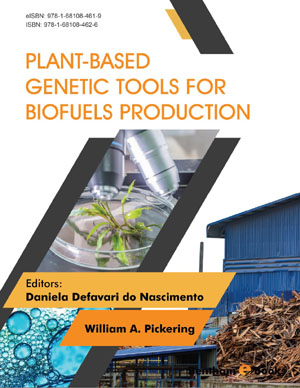 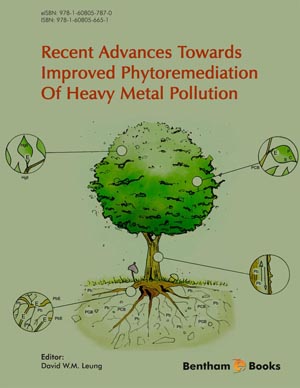 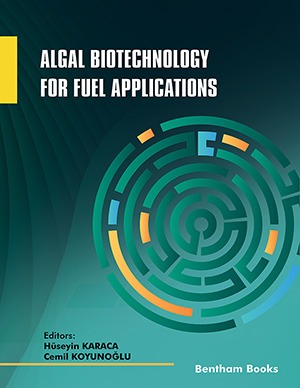 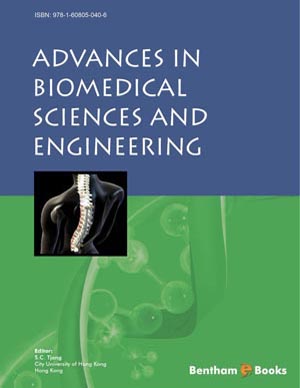 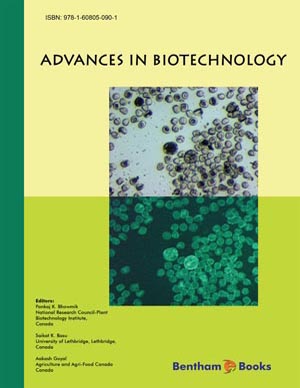