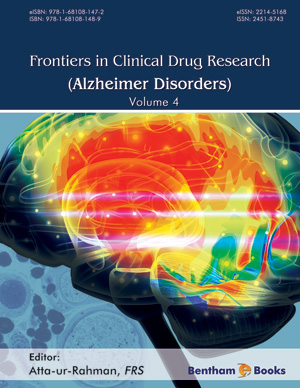 The utilization of tryptophan for the synthesis of serotonin, allows some of this serotonin to be broken down into N-acetylserotonin (NAS) and melatonin, forming the melatoninergic pathways. Many of the changes and susceptibility factors associated with Alzheimer's disease (AD) regulate, and can be regulated by, the melatoninergic pathways. Melatonin is well known for its night-time release by the pineal gland, which contributes to entraining the circadian rhythm. Decreased pineal melatonin and disruption of the circadian rhythm is common in AD, with melatonin supplementation affording significant protection against cognitive deficits and circadian disruption in most clinical trials. Melatonin is also a significant regulator of the immune system, where its effects afford protection against immuno-senescence and associated alterations in immune responses in AD patients. Being a significant antioxidant, antiinflammatory and optimizer of mitochondrial functioning, melatonin has many benefits in AD.

NAS may be more than simply the immediate precursor of melatonin. NAS is also a powerful antioxidant as well as being a brain derived neurotrophic factor (BDNF) mimic. Given the general protective effects of BDNF and its decrease in AD, NAS is likely to afford protection in AD patients, with effects not necessarily the same as those of melatonin.

In this chapter, we review the role of the melatoninergic pathways in AD, highlighting its usefulness in managing this devastating, and still poorly treated, disease.

Many pharmaceutical and dietary factors, with efficacy in AD and/or AD models, regulate the melatoninergic pathways, either directly or indirectly. As such, much of the experimental data pertaining to regulators of the etiology, course and treatment of AD, such as zinc, selenium, acetylcholinesterase inhibitors and valproate, may be intimately intertwined with the melatoninergic pathways.

In this chapter, we review the role of the melatoninergic pathways in AD, highlighting its previously little recognised involvement in a host of susceptibility factors and treatment approaches. More insight as to the relevant changes occurring in AD should allow treatments to better target relevant biochemical targets, thereby improving the management of this poorly conceptualized, and therefore poorly treated, disease.

This chapter considers the current state of efforts to develop prevention and treatment strategies for Alzheimer’s disease (AD). It takes the form of answers to 12 posed questions on this topic. The urgent need for improved interventions to prevent symptomatic AD is highlighted while the outcome of treatment trials for those who already have developed symptoms is also reviewed. Efforts at primary and secondary prevention are distinguished and the link with cardiovascular disease, diet and other lifestyle-related risks discussed. The need for better understanding of the pathogenesis of sporadic AD is considered crucial since any improved interventions are likely to depend on this. The important role of neuroimaging in extending understanding of the trajectory of pre-clinical AD development is considered as is the importance of developing improved and readily applicable biomarkers for the disease. Approaches to develop further randomised controlled clinical trials for AD and the formidable costs that these entail are discussed together with the contribution of epidemiological studies as an adjunct to trials. Ultimately there needs to be improved education about the risks of AD so that individuals throughout their lives can be encouraged to take better personal responsibility for living well into old age.

Current and Investigational Drugs for Treatment of Alzheimer's Disease

Alzheimer’s disease is characterized pathologically by the presence of neuritic plaques containing β-amyloid and neurofibrillary tangles containing tau. These have become two targets of investigational drugs aimed at preventing or slowing the disease. Early findings of extensive cholinergic degeneration inspired the development of drugs targeting cholinergic function. Cholinesterase inhibitors were the first drugs to be approved for treatment, followed by the NMDA receptor antagonist memantine. This chapter will focus on the development, mechanism of action, and results of clinical trials for drugs currently used or in development for treatment of Alzheimer’s disease. Examples of these include drugs targeting cholinergic neurons, such as cholinesterase inhibitors, muscarinic receptor agonists and nicotinic receptor agonists, as well as memantine. Several drugs aimed at reducing levels of β-amyloid or tau are in development and will be addressed. Finally, drugs directed at other targets that may be useful in treatment of Alzheimer’s disease will be discussed.

Epidemiological and biochemical studies have confirmed that some nutritional deficiencies (or malnourishment) are risk factors for the development of mild cognitive impairment (MCI) and Alzheimer's disease (AD). Adequate nutrition plays an important role in cognitive-function maintenance. Early nutritional intervention in the preclinical or predormal phases of AD is likely to prevent or arrest the neurodegenerative processes that are involved in both normal elderly and cognitively impaired elderly with prodromal AD. Furthermore, nutritional strategies are relatively safe. Therefore, nutritional intervention is an important approach to prevent or delay the development of AD in the elderly, which would reduce the disease burden of dementia for the whole society. This review aims to highlight recent developments regarding the values of nutritional intervention in reducing and preventing AD and dementia.

Frontiers in Clinical Drug Research - Alzheimer Disorders is an e-Book series concerned with Alzheimer's disease (AD) that causes dementia, or loss of brain function. The disease affects the parts of the brain that deal with memory, thought, and language. Chapters in each volume focus on (Alzheimer Disorders) drug research with special emphasis on clinical trials, research on drugs in advanced stages of development and cure for Alzheimer’s disease and related disorders. Frontiers in Clinical Drug Research - Alzheimer Disorders will be of particular interest to readers interested in drug therapy of this specific neurodegenerative condition and related brain disorders as the series provides relevant reviews written by experts in field of Alzheimer’s Disease research. The fourth volume of this series features research on - Melatoninergic Pathways in Alzheimer's disease, - Nutritional Approaches in Alzheimer’s disease prevention, - Updates on drugs and strategies for Alzheimer’s disease prevention