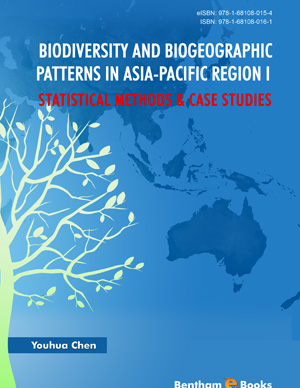 Biodiversity and Biogeographic Patterns in Asia-Pacific Region I: Statistical Methods and Case Studies

This chapter provides some metrics for measuring species diversity, the most basic and important diversity component in ecological studies. The metrics for species diversity covered only some common used ones in this book, like Shannon and Simpson indices. The closed forms for computing the variance of the relevant indices are also provided. Typical methods for the extrapolation of species richness are also mentioned in the text.

Matrix comparison is an important element in community ecology because the distribution of different species over different areas is usually compiled in a form of a species-site matrix. Thus, if we have different species-site matrices (different species groups in the same sites or the same species assemblage in different non-spatially overlapped regions), we may want to know whether the resultant species-site matrices present similarities. In other words, we may want to compare the distributional congruence of the same set of species across different non-spatially overlapped regions or the distributional congruence of different groups of species in the same set of sites for a region. Thus, statistical methods for matrix comparison could help address these ecological questions. In this chapter, I will present the major statistical methods for conducting matrix similarity comparison. I will use the distribution of bird and mammal species in Hainan Island of China as the case study and example to demonstrate some of the matrix comparison methods introduced in the chapter.

Ordination analyses played a central role in community ecology. Ordination of the objects, usually species or sites in ecological studies, is simply to apply multivariate statistics to reduce the dimensions of the data so as to quantify the major ecological trends hidden in the ecological data in terms of some ecological matrices, like species-site matrix and site-environment matrix. In this chapter, I presented some most widely used ordination methods and the associated statistical backgrounds. Interested readers into the details and other ordination methods that are not listed here should refer to the classical numerical ecology book written by Prof. Legendre [1].

Variation partitioning is another important statistical method in numerical ecology studies. The purpose of variation partitioning is to decompose the variation presented by the species compositions across the studied sites into different categories. These categories of variation could be attributed to spatial covariates, environmental covariates, climatic covariates or others. In community ecology, spatial component of variation in the resultant ecological communities widely existed in ecological data sets. This is because spatial autocorrelation was a very natural phenomenon describing the similarity of neighboring objects (e.g., species richness, species community structure or others). However, environmental gradients are also very dominant and widely observed in ecological community structure. Thus, what are the relative importance of environmental gradients and spatial autocorrelation on structuring ecological communities? Variation partitioning helps address this question.

Modeling species-area and endemic species-area relationships have been broadly focused. However, little attention has been paid to rare species-area relationship and common species-area relationship. Also, there were few studies revealing the shape patterns among the curves. In the present study, we quantified the relationships among species-area (SAR), commonness-area (CAR), rarity-area (RAR) and endemism-area (EAR) relationships by investigating different probability functions of species distribution (including negative binomial distribution, finite negative binomial distribution, Poisson distribution, geometric distribution and He-Legendre extension of negative binomial distribution). Results showed that RAR could be used as a robust indicator of SAR, because the curve patterns are identical between RAR and SAR in most cases. CAR could easily become saturated for all probability models in that common species are readily detectable. Finally, EAR curves have convex patterns compared to other relationships. The influences of species aggregation and abundance on SAR and EAR typically showed opposite patterns: increasing aggregation and reducing abundance would lower SAR curves, while uplift EAR curves. Interestingly, varying aggregation and abundance of species could not change the flat patterns of CAR and predict the curve shapes of RAR among different probability models.

Species distribution is reflected by the observation of species individuals in different sites of an ecological domain. The distributional size and the range boundary of the species are measured through the counting of the presence or absence of the species across different sites. However, as mentioned in previous chapters 9 and 10 and here, when the individuals of species has been recorded with the geographic coordinates within some spatial ranges, one common ecological question that we would encounter would be, are the distribution of all the species individuals present some non-random patterns? That is, would the species tend to aggregately distribute in some limited areas across the whole ecological domain, while some areas are not favoured by the species and thus rarely have the occurrence of the individuals of species? Testing of distributional randomness could offer insights and address these ecological questions. In this chapter, I would present only some classical statistical methods for quantifying the randomness of spatial distribution of species. Readers interested into this subject should refer to books in the field of spatial statistics.

Species distribution modeling (SDMs) may be one of the most exciting and hottest topics in current ecological studies. SDMs have been widely employed for ecologists to evaluate how climate change may drive species to go extinction under future climate conditions. SDMs are also used to monitor and delineate the cryptic and newly described species that have little information about their biology and distribution. Overall, SDMs are powerful tools for conducting biodiversity analyses. In this chapter, I outlined some of the most commonly used algorithms for conducting SDMs. A practical example is also provided.

In this chapter, the mesoscale phylogenetic community structure of endemic birds of China is analyzed and the associated possible driving climatic variables are evaluated. The results show that, over the 568 0.5° x 0.5° grid cells covering the territory of China, overdispersion is the major phylogenetic community pattern for endemic birds, as indicated by prevailing negative values of standardized net relatedness index (NRI) and the nearest taxon index (NTI), and the small NRI/NTI ratio values over grid cells. The most correlated climatic variable with NRI/NTI ratio over studied grid cells is relative humidity as indicated by partial correlation test which controls the effect of spatial autocorrelation. Interspecific competition may explain the overdispersion patterns for endemic bird community structure in China.

In the present chapter, a phylogenetic ancestral endemism index (PAE) was proposed to effectively incorporate the information derived from ancestral ranges of species. As a comparison, other previously proposed phylogenetic indices, including evolutionary distinctiveness (ED), taxonomic distinctiveness (TD), phylogenetic endemism (PE) and node-based I and W indices were all implemented. Distribution of eleven Psychotria endemic plants in four island groups of Hawaii was used as an example to evaluate and compare differences between PAE and other phylogenetic diversity indices when setting conservation priorities of species. My results showed that PAE is closely related to ED index, but distinct to other indices. PAE might be the only phylogenetic diversity index incorporating the information of ancestral states to evaluate conservation importance of species currently.

Can Higher Taxonomic Hierarchy Units be Effective Surrogates of Plant Hotspots and Conservation Areas? A Test on Endemic Plants in a Tropical Biodiversity Hotspot

In this study, we will test whether plant family and genus richness could represent regional-scale species richness patterns. We also test whether plant family and genus richness could identify hotspots and complementary priority areas for maximally conserving species. The distribution of 340 endemic plants in Western Ghats of India, a tropical biodiversity hotspot in South Asia was used as a case study. The results implied that the spatial richness patterns created from the two higher taxonomic hierarchy units (family and genus) could very effectively represent plant species richness hotspots. However, the complementary priority areas selected by family- and/or genus-based data were very different from those selected based on species-site matrix for endemic plants in Western Ghats region. In conclusion, family and genus seemed to be good surrogates to reflect species in mapping biodiversity hotspots but were in low efficiency in selecting complementary conservation priority areas to conserve as many species as possible. Our study should shed some interesting insights into rapid assessment of regional biodiversity and quick identification of conservation targets.

In the present chapter, the potential occurrence risk of invasive plants across different provinces of China is studied using disease risk mapping techniques (empirical Bayes smoothing and Poisson-Gamma model). The biodiversity resistance theory which predicts that high-biodiversity areas will have reduced risk of species invasion serves as the base for performing spatial risk assessment of plant invasion across provinces. The results show that, both risk mapping methods identified that north-eastern part of China have the highest relative risk of plant invasion. In contrast, south-western and southeastern parts of China, which have high woody plant richness, are predicted to possess low relative risks of plant invasion. For the future, it is interesting to compare the spatial risk patterns across different functional groups of these alien plants. The results of this chapter has been published in an open-access journal [1].

This brief book is dedicated to the quantitative analyses and systematic discussion of spatial biodiversity and biogeographic patterns in the Asia‐pacific region comprised of China, India and adjacent countries. The book is split into two sections. The first section presents readers with detailed statistical methods to conduct spatial macro‐biodiversity and biogeography analyses. Step-by-step instructions on how to perform these statistical methods by using the statistical program R are also provided. In the second part, different quantitative case studies are presented covering several topics, including phylogenetics, spatial statistics, multivariate statistics and ecological genomics. Each case study concludes with a detailed interpretation of the quantitative results and how these results are relevant to local and regional ecological processes. This reference is suitable for academics interested in biostatistics biodiversity and ecological studies specific to the Asia Pacific region and China. 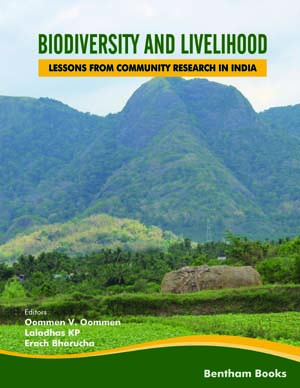 Biodiversity and Livelihood: Lessons from Community Research in India 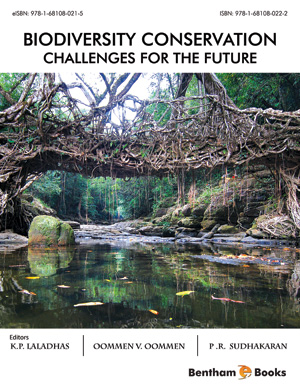 Biodiversity Conservation - Challenges for the Future 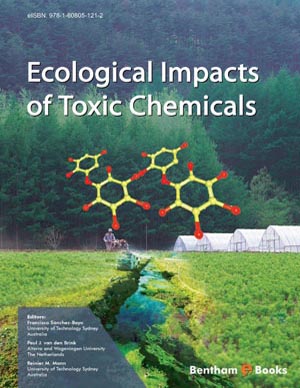 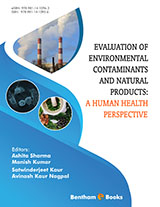 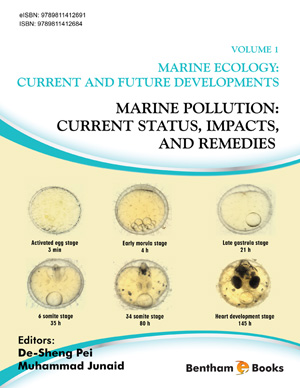 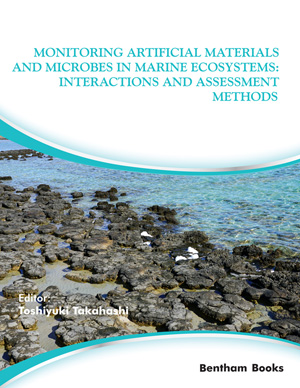 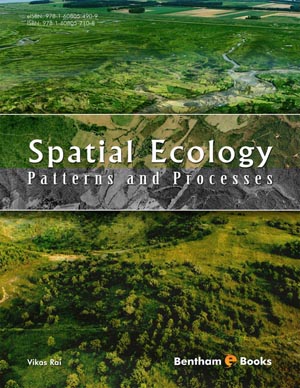