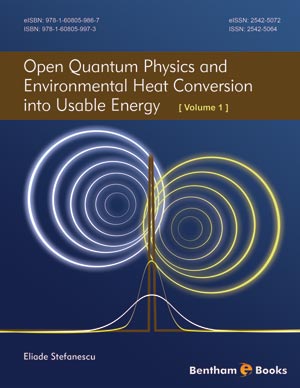 This eBook is devoted to the domain of physics we call Open Quantum Physics, which seemed important for the new field of research of the environmental heat conversion into usable energy. For this research, a special mathematical tool has been used, consisting of master equations for systems of particles as Fermions, Bosons, and electromagnetic field. This effort was based on the previous results of Lindblad, Sandulescu, and Scutaru for a description of the dissipative coupling of a system of interest in accordance with the quantum principles. We used the method of Ford, Lewis, and O’Connell for reducing the total dynamics to a master equation for a system of interest. The results of our research are presented in this eBook in a more general framework of open physics.

In this chapter, we derived some elements of quantum mechanics, which are essential for the further development of our theory: the momentum of a system of Fermions in the second quantization, the coordinate and momentum of a harmonic oscillator as a unique operator at two different moments of time, Boson and Fermion operator algebra, coherent states, the electron-field interaction, the quantization of the electromagnetic field, Boson and Fermion distributions, and densities of states in a degenerate, or a non-degenerate system of Fermions. Our starting point is the wave nature of a quantum particle, the Hamiltonian equations were obtained as group velocities in the two conjugate spaces of the wave, of the coordinates and of the momentum. In this way, the Schr¨odinger equation and the electron-field potential of interaction are obtained from quantum equations generated by the particle wave function.

In this chapter, we describe various mechanisms and characteristics of dissipation, mostly in physical terms, as they have been perceived at the beginning. We get a microscopic understanding of temperature, and of the main dissipation effects. We obtain the entropy dynamics, according to principle two of thermodynamics, from the Pauli master equation, as the simplest description of a system defined by states, occupation probabilities, and transition probabilities. For various expansions of these probabilities as functions of coordinates, stochastic equations are obtained for the time evolutions of these coordinates. In this framework, we describe the electron and hole transport in semiconductors. We present various trials for completing a Schr¨odinger equation with dissipative terms, and the method of projection operators for a description of a system coupled to a dissipative environment.

This chapter is devoted to Lindblad master equation, obtained by a generalization of the quantum dynamic group to a time dependent semigroup. For this equation, we present a demonstration of Alicki and Lendi, obtained by a linear approximation of the openness operator, which describes the time evolution of a system of interest in an environment. We re-obtain this equation by taking the total dynamic equation with a bilinear dissipative potential in system and environment operators, and tracing over the environment states. In this way, we get physical expressions of the dissipation coefficients, as functions of the system operators. We present the quantum theory of Sandulescu and Scutaru, where the dissipative dynamics is described by friction and diffusion processes, with coefficients which satisfy fundamental constraints.

This chapter is devoted to quantum tunneling, as a basic quantum process, essential for important applications. Tunneling between two wells, of the double well potential of a one particle system of interest, makes sense only when a second system, capable to distinguish between the presence of the particle in a well, or in the other well, is present. The potential of interaction between such two systems is called tunneling operator. We treat a few problems of interest as tunneling in a quasi-continuum of states, the energy shift in a well by the proximity of another well, dissipation effects, and tunneling spectrum.

In this chapter, we treat the basic quantum process of electromagnetic field propagation through an atomic system in a resonant Fabry-Perot cavity. We obtain the transmission characteristic of such a cavity, which is a basic element for a quantum heat converter. When the system is opened only by a population decay and a polarization dephasing, we get only an optical bistability characteristic. By openness according to the Lindblad- Sandulescu-Scutaru theory, we get also a coupling through environment between population and polarization, which, in some conditions, leads to an energy transfer from the disordered environment to the coherent electromagnetic field. We find that this phenomenon, which has experimental evidence, is an effect of an atom-atom coupling.

In this chapter, we derive quantum master equations with explicit, microscopic coefficients, for the systems of interest of a superradiant semiconductor structure: the active electrons, the electromagnetic field, and the optical crystal vibrations. These vibrations determine an important retardation in the field propagation (refractive index), and a spectrum splitting (the Raman effect). For the active electrons we consider three environmental systems: the quasi-free electrons/holes of the conduction regions, the crystal lattice vibrations excited by electron transitions, and the free electromagnetic field. For the electromagnetic field, we consider the absorption by coupling to the conduction electrons/holes, and to the optical vibrations of the crystal, while these vibrations are damped by coupling with the valence electron transitions to thermally released states. For the electron-field coupling we consider the potential derived in chapter 2 from the Lorentz force, while the momentum difference is supposed to be taken by the crystal lattce. For the coupling of the crystal vibrations to the electromagnetic field and electron transitions we consider potentials obtained from the momentum conservation. For the active electrons, we find a quantum master equation with a Markovian term describing correlated transitions with the environmental particles, and a non-Markovian term given by the self-consistent field of the environmental particles. Since the dissipative environment of the electromagnetic field is contained inside the quantization volume of this field, which is taken as a unit volume, its quantum master equation includes a dissipative term of a space integral form. For the field mean values, the dissipation integral, of propagation through the dissipative environment, can be divided in two parts: an integral from the initial coordinate up to the boundary of the quantum uncertainty region, taken for a coherent wave, which describes dephasing, and an integral over the uncertainty region, which describes absorption. Similar equations are obtained for the optical vibration field. When the vibrational field is eliminated from these equations, we obtain a frequency splitting, corresponding to the Raman effect, and an absorption rate, including the absorption of the electromagnetic waves by conduction electrons/holes, and the absorption of the vibrational waves by the valence electrons, excited by the crystal deformations in the thermally released states.

In this chapter, we apply our quantum master equation for a system of Fermions in free electromagnetic field to a hydrogen atom. We obtain a quantum master equation describing transitions between the eigenstates of a hydrogen atom, with coefficients depending on the hydrogen wave functions. We find that these coefficients are in agreement with published experimental data for life times of the lower excited states.

In this chapter, we apply the theory developed in chapter 7 to a superradiant semiconductor device for the conversion of the environmental heat into coherent electromagnetic energy. The operation principle of the device is formulated in simple terms, as a superradiant flow mainly supplied by heat absorption, only a much smaller part of the energy necessary for producing this flow being supplied from outside. This mechanism seems to counter the second principle of thermodynamics, but in fact does not, because this principle refers to an atomic system, describable by the Pauli master equation, as we showed in subsection 3.2.1. Any modification of this equation, as is our case of interaction with an electromagnetic field, involves a modification of the entropy dynamics. We calculate the wave-function, the corresponding dipole moments, and the dissipation coefficients, and obtain the superradiant power in the mean field approximation. When the field propagation, coupled to the crystal optical vibration, is taken into account, we get a resonance frequency shift with the Raman frequency, and a small decrease of the superradiant power by Raman effect.

A Quantum system can be viewed as a larger closed system comprising of two components: an open quantum system and its surrounding environment. These two components interact with each other, and in the realm of theoretical physics, this interaction cannot be neglected. This eBook explains mathematical and statistical concepts essential for describing a realistic quantum system by presenting recent contributions in this field. The book commences by explaining of the basics of quantum mechanics, statistical physics, and physics of open quantum systems. Detailed methods of deriving theoretical equations with explicit analytical coefficients with respect to open quantum systems are also explained. The book concludes with the study of a quantum heat converter in the framework of an all-microscopic theory involving fermions, photons, and phonons. Readers of this book will gain a better understanding on the following topics: &bull; Quantum mechanics including the Boson and Fermion states, Fermi-Dirac and Bose-Einstein statistics, spin-statistics relation, many-body systems of Bosons and Fermions, the Fermi-Dirac integrals of the Fermion state densities, and transport phenomena in semiconductors &bull; Dissipative dynamics and quantum systems such as friction, diffusion, friction-diffusion relation, mobility, occupation probability dynamics, damping, spectral width, correlation and autocorrelation, memory, stability, bifurcation, self-organization, and chaos &bull; Lindblad&rsquo;s theory of open quantum systems through the work of Alicki and Lendi &bull; Quantum tunneling as an interaction with a system. &bull; Optical bistability, including the fundamental contributions of Carmichael, McCall, and Bonifacio. &bull; Master equations based on the microscopic theory of Ford, Lewis, and O&rsquo;Connell. &bull; Field propagation in a semiconductor structure &bull; Coherent light propagation in the framework of a microscopic model including the refractive index and the Raman frequency shift. &bull; Heat conversion in the framework of an all-microscopic model of open queantum systems &bull; Entropy dynamics in a matter field system. 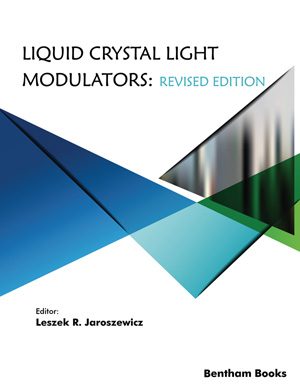 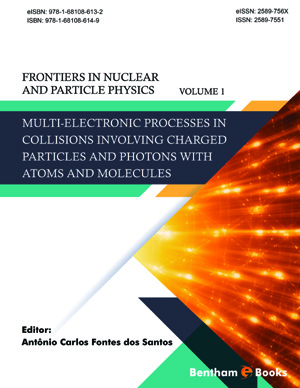 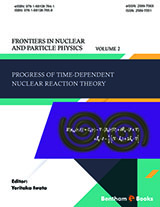 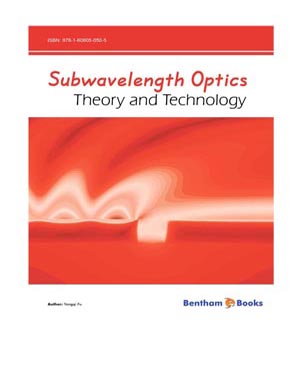 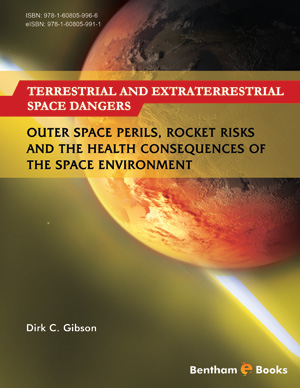 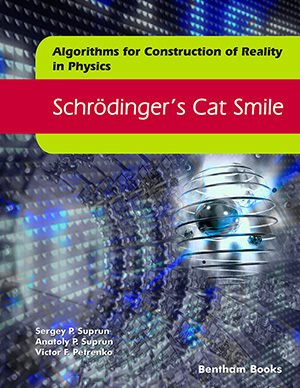 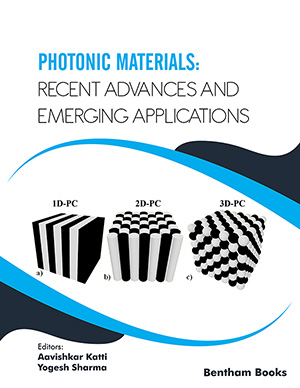