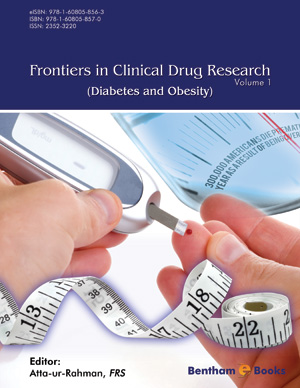 The excellent innovative work of Squibb Laboratory scientists in the 1970’s led to the discovery of the ACE inhibitors and the ARBs. Despite their widespread use, for renoprotection, we have continued to experience a global ESRD pandemic. Angiotensin blockade has proved inadequate. In 2010, we asked the rhetorical question: Is renoprotection with RAAS blockade a failed paradigm?

The conventional treatment of type 2 diabetes cannot stop the declining of betacell function. Weight gain and hypoglycemia represent frequent side effects. These important limitations justify the search for new therapeutic options, one of them being incretin-mimetics GIP and GLP-1 analogues.The incretin phenomenon comprises up to 60% of the postprandial insulin secretion via the stimulation of the pancreatic islet cells. The first incretin identified, glucose-dependent insulinotropic polypeptide (GIP), exhibits weak effects on gastric acid secretion but more potent insulinotropic actions. Its release is stimulated by both fat and glucose ingestion. The second incretin hormone, glucagon-like peptide 1 (GLP-1) stimulates insulin and suppresses glucagon secretion, inhibits gastric emptying and reduces appetite and food intake. Both GLP-1 and GIP receptor activation lead to a rapid insulin release in a glucose dependent manner, and also promote resistance to apoptosis as well as enhance beta-cell survival. Most pharmaceutical efforts related to incretin action in the treatment of type 2 diabetes were focused on GLP-1 agonists, due to considerable loss of GIP activity at these patients. Both ADA (American Diabetes Association)/EASD (European Association for the Study of Diabetes) and AACE (American Association of Clinical Endocrinologists) guidelines recognize GLP-1 analogues as efficient agents for patients who do not achieve metabolic control through lifestyle changes and selected oral drugs. Liraglutide, a new Novo Nordisk therapy, is the first human GLP-1 analogue sharing 97% of its amino acid sequence with native human GLP-1. Furthermore, the prolonged half-life of liraglutide makes it the first human GLP-1 analogue suitable for once-daily administration. An extensive series of preclinical and clinical studies have revealed considerable potential benefits for liraglutide, i.e. reducing fasting and postprandial glucose, decreasing HbA1c levels by up to 1, 75% at 18-month follow up, preventing weight gain and inducing weight loss. Moreover, this agent showed positive influence both on beta-cell function and mass preservation, and cardiac function by increasing cardiomyocyte survival and reducing systolic blood pressure. The phase 3 clinical trial program (LEAD studies) has demonstrated that the glycemic benefits of liraglutide are not associated with an increased risk of hypoglycemia, or with an increased risk of pancreatitis. In terms of tolerability, gastrointestinal adverse effects were less persistent with liraglutide when compared with an active comparator in a large head-to-head study. Practitioners can consider liraglutide as a very promising option for type 2 diabetes. However, new large trials are still necessary to evaluate its long-term clinical outcomes.

MicroRNA, A Diligent Conjurer in the Exposition of Diabetes

MicroRNAs (miRNAs) are family of small, noncoding RNAs that regulate gene expression in sequence specific manner. Their non perfect pairing of 6-8 nucleotides with target mRNA subsequently forming miRNA Induced Silencing Complex (miRISC) generally results in translational repression, destabilization of mRNAs and gene silencing. miRNAs are transcribed as long primary transcripts (primiRNAs), which are processed in the nucleus to give one or more hairpin precursor sequences (pre-miRNAs). The hairpin precursor is exported to the cytoplasm where the mature miRNA is excised by the RNase III-like enzyme named Dicer. The human genome may encode over 1500 miRNAs (1527 listed in miRBase), which may target about 60 percent of mammalian genes and are abundant in many human cell types. Owing to their significant role in regulation of cellular events including the cellular proliferation and differentiation during tumorigenesis, organ development, cell fate determination and apoptotic pathways of various organisms, miRNAs have engrossed huge attention lately in relation to their role in several diseases including infectious, cardiovascular and neurological disorders alongwith cancer, diabetes and obesity. miRNAs facilitate profound functional consequences of signaling pathway involved in the development of diabetes, insulin resistance and obesity that offers novel ways of identification and validation of new targets of therapeutic intervention. Although, the understanding of their complex mechanism of gene regulation and expression is in infancy, analysis of differential miRNA expression holds a promise to add many clinical chapters in the treatise of ‘prognosis, diagnosis and therapeutics’ of diabetes.

Fibrates and thiazolidinediones, modulators of PPARα and γ nuclear receptors respectively, are classes of drugs in current use. Their use in clinical medicine has varied depending on the evidence at the time. There have been agents within each group that have been withdrawn due to concern of adverse events. In the case of fibrates there possibly is a current resurgence based on early evidence of microvascular benefit in patients with T2DM. The use of pioglitazone, the only thiazolidinedione marketed, appears to be on the wane due to possible associations with cancer having already led to its withdrawal in certain countries. The dual PPARα/γ agonists are not in current use with muraglitazar and tessaglitazar withdrawn for differing reasons. Furthermore there is the possibility of PPARß/δ activators being developed.

It is clear that heterogeneity even within a class of drug exists and this may be dependent not just on the pharmacokinetics and pharmacodynamics of the drug, but also the complexity of the PPAR receptor with associated effects. We hope that this brief chapter, including a description of gene expression, nuclear receptors followed by details of PPAR and their ligands, will leave the reader with an appreciation of the complexity that PPAR agonism leads to and the heterogeneity of effects that has added to some of the confusion existing.

Diabetes is a major metabolic disease, and the number of patients is still growing in both industrialized and developing countries. Drugs to reduce blood glucose levels by several mechanisms have been launched in past decades, and the options for treating hyperglycemia have been extended. However, it is still difficult to control blood glucose level strictly, and moreover, current therapies using hypoglycemic agents have not shown sufficient effect to prevent the development of microvascular complications that result in impaired quality of life (QOL) of patients. Therefore treatments for these diabetic complications are urgently needed. Drugs for diabetic peripheral neuropathy currently in use are mainly for management of diabetic neuropathic pain, and do not cure the underlying cause of the disease. In diabetic retinopathy, intravitreal injection of anti-VEGF agents is a current approach, but the administration route is insufficient. Diabetic nephropathy is treated with angiotensin-I converting enzyme (ACE) inhibitors and angiotensin-II receptor blockers (ARBs), which were originally prescribed for hypertension. These situations indicate the lack of effective target-oriented medication for diabetic compliations, and drugs with novel mechanism should be developed. In this chapter, we summarize drugs for three major diabetic complications currently in use and in clinical trial phases. It is hoped this will help the reader to understand the trend of current pharmacological approaches and the tide of next-generation drugs in this field.

Frontiers in Clinical Drug Research &ndash; Diabetes and Obesity is an eBook series that brings updated reviews to readers interested in advances in the development of pharmaceutical agents for the treatment of two metabolic diseases &ndash; diabetes and obesity. The scope of the eBook series covers a range of topics including the medicinal chemistry, pharmacology, molecular biology and biochemistry of natural and synthetic drugs affecting endocrine and metabolic processes linked with diabetes and obesity. Reviews in this series also include research on specific receptor targets and pre-clinical / clinical findings on novel pharmaceutical agents. Frontiers in Clinical Drug Research &ndash; Diabetes and Obesity is a valuable resource for pharmaceutical scientists and postgraduate students seeking updated and critically important information for developing clinical trials and devising research plans in the field of diabetes and obesity research. The first volume of this series features 6 chapters that cover a variety of topics including: -Angiotensin blockers -Agents targeting advanced glycation end products -Drugs and the peroxisome proliferator activated receptors -Topical Drugs for diabetic complications -Research on Liraglutide -Research on MicroRNAs as agents for diabetes treatment