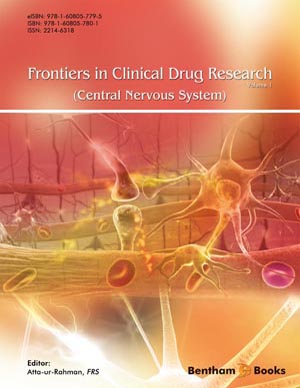 During the last half a century, a lot of psychoactive agents have been developed and utilized as therapeutic drugs for mental disorders such as schizophrenia, mood disorders, anxiety disorders, and dementia. Based on the major target illnesses or symptoms, they have been classified into antipsychotics, antidepressants, mood stabilizers, anxiolytics, hypnotics, and nootropics. From a pharmacological point of view, it is well established that most of these psychotropic drugs alter neural transmission via classical neurotransmitters, e.g., dopamine, serotonin (5-HT), norepinephrine (NE), glutamate, γ-aminobutyric acid (GABA), and acetylcholine, all of which are implicated in the maintenance and control of higher brain function and human behavior. One major molecular target of these psychotropic drugs is a G protein-coupled receptor (GPCR), at which the neurotransmitter is specifically bound. In most cases, the psychotropic drugs behave as antagonists at the GPCR. For instance, all classical antipsychotics are antagonists of dopamine D2 receptors. The recent approval and great success of aripiprazole (a partial dopamine D2 agonist) as an effective antipsychotic drug in many countries, has paved the way for the concept that some GPCR agonists have the potential to treat psychiatric illnesses. Interestingly, the prototypic atypical antipsychotic clozapine (or its active metabolite N-desmethylclozapine) behaves as an agonist at several GPCRs. It is also well known that 5-HT1A receptor agonists, such as buspirone and tandospirone, are efficacious anxiolytics. Another major progress in psychopharmacology in recent years is the recognition of multiple allosteric sites for many GPCRs, and many novel allosteric modulators of GPCRs have been synthesized. Though still preliminary, many studies have indicated that these allosteric modulators are promising as novel effective psychotropic drugs. In this chapter, the author will provide an update of the recent development of psychoactive agents that act as agonists or allosteric modulators at several GPCR subtypes, which are potentially useful as therapeutic drugs for mental disorders.

The pharmacology against chronic, especially neuropathic, pain is largely unsatisfactory despite its high prevalence in the population, extremely debilitating nature and associated socioeconomic burden. Molecules in the current medicinal arsenal are mostly designed to symptomatologically target peripheral actors of tissue injury or components of neuronal hyperexcitability. These medicines particularly include opiates, sodium channel blockers, modulators of excitatory or inhibitory neurotransmission and anti-inflammatory drugs. However chronic pain is not merely a peripheral or neuronal condition. Indeed, a revolutionary vision has emerged over the past decade positing that amid the profound central plasticity associated with chronic pain, molecular changes occurring in glia are pivotal. A surge of interest has therefore spread in the field ultimately leading to a flourishing wealth of data with respect to the involvement of astrocytes and microglia in pathological pain in experimental models. Nevertheless, the vital roles exerted by glial cells argue in favour of the development of well-designed regulators of glial physiology rather than full inhibitors of glial physiology. In addition, despite the extent of data released regarding glial modifications in animal models, only scarce evidence point to a similar plasticity in human. The current chapter aims to expose the promising recent developments in the quest of modulators of glial activity, particularly emphasizing the hurdles embodied by their pharmacodynamics and pharmacokinetics specificities. The credibility and bench-to-hospital potential of the few disclosed emerging glia-active compounds that are currently in the pipeline are critically discussed. A foremost attention is given to the specific case of neuropathic pain owing to the important literature available in the field, but the discussion spreads to wider perspective that includes other forms of chronic pain.

Spinal Cord Injury (SCI) is a common cause of neurological morbidity and mortality, particularly affecting young adults. The effect on an individual and his or her family can be devastating. The prevalence of SCI in Canada and the US is estimated at 1.4 million cases with an annual incidence of 13,000. The Pathophysiology of SCI is a complex interaction of inflammation, vascular insult, glial scarring and cell death, dysfunction and regeneration. Despite a growing wealth of pre-clinical scientific knowledge and understanding, there has been only minimal clinical benefit shown in a few human trials. In this chapter we provide an in-depth review of clinical trials in SCI identifying concurrent novel, on-going trials and highlight the hopes for the future. The chapter will focus on the key historical trials of methylprednisolone, GM-1 and thyrotrophin-releasing hormone and then discuss the potential of ion-channel blockers, targeted therapeutics and monoclonal antibodies. Further discussion focuses on endocrine and immunomodulation and injectable biomaterials. The experiences of human SCI stem cell trials are analysed and the novel therapeutic target of central pattern gait generator stimulation in neuro-rehabilitation is proposed.

Voltage-gated ion channels are transmembrane proteins that selectively permeate K+, Na+, or Ca2+ in response to the plasma membrane voltage changes. They play an essential role in neuronal excitability and molecular signaling in central and peripheral nervous systems. Dysfunctions of these ion channels are involved in various neurological disorders such as pain, migraine, schizophrenia, Alzheimer's disease, epilepsy, depression, etc. Thus, increasing numbers of academic and medical institutions and pharmaceutical industries have paid attention to these ion channel proteins as therapeutic targets. Consequently, a number of medicines modulating the channel functions have been being developed. Among the voltage-gated ion channel modulators, peptide neurotoxins from venomous animals such as cone snails, spiders, scorpions, and sea anemones are noticeable in that they modify voltage-gated ion channel activities in highly selective and potent manners. The distinctive selectivity and potency are based on their particularly rigid three-dimensional structures with multiple disulfide bonds, which confer strong and specific binding to a channel subtype. Varied inter-cysteine sequences further give an additional specificity. Ziconotide, blocking neuronal N-type voltage-gated Ca2+ channels in this mechanism, is the first FDAapproved peptide toxin for neurological diseases. Several other peptidergic neurotoxins are in preclinical or clinical phases. Here, we update knowledge on molecular and functional characteristics of the peptide neurotoxins targeting voltage-gated ion channels in the nervous system. We also discuss their current status of research and developments and their future therapeutic potentials.

Advancements in medical facilities have increased the survival rates of preterm infants, yet the propensity of these infants developing white matter (WM) damage (WMD) remains largely unaltered. It is estimated that 4-10% of premature newborns are affected by WMD which leads to severe long term neurological consequences such as cerebral palsy, epilepsy, hearing and vision impairments. Currently, there is no effective treatment for WMD and all available therapies target secondary pathologies that develop as a result of damage to white matter tissue. WMD may occur as a result of a number of causes, with hypoxia being one of the major underlying factors. The multi-factorial aetiology of WMD further hinders the development of specific drugs for the treatment of this clinical condition. The pathological hallmarks include death of oligodendrocytes, degeneration of axons, hypomyelination, microglial activation and astrogliosis. Although role of microglia is considered to be neuroprotective in many neurological conditions, our recent studies have shown that microglial activation is an important event in WMD, the consequences of which include increased release of pro-inflammatory cytokines, proteinases and glutamate, and generation of reactive oxygen intermediates, along with undesirable sequestration of excess iron released during hypoxia. Hence amelioration of microglial activation has been considered as the key target in the therapy of WMD. Drugs such as-glutamate receptor antagonists, iron chelators, antioxidants, ion channel blockers and certain immunosuppressive agents that target microglial activation have been identified, but their mechanism of action still remains elusive. This chapter will summarize the currently available and potential drugs along with their mechanism of action underlying the suppression of microglial activation for the treatment of WMD in the developing brain.

Frontiers in Clinical Drug Research &ndash; Central Nervous System presents the latest research and clinical studies on the central nervous system (CNS). It covers a range of topics such as the development and pathophysiology of the brain and spinal cord, physiological sites of drug action in the CNS and clinical findings on drugs used to treat CNS defects due to injury or impaired development. In addition to clinical research on humans, the book also highlights other avenues of CNS medicine and research such as pain medicine, stem cell research, pharmacology, toxicology and translational models in animals. The first volume of the series features chapters on the following topics: -Nerve targets in pain medicine -Spinal cord injury -Research on neurotoxins targeting voltage gated ion channels -G protein coupled receptor agonists and modulators -Drug research on mediating hypoxia in developing white matter