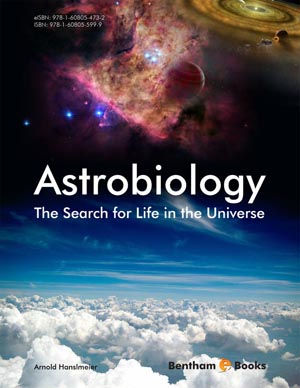 The Search for Life in the Universe

This chapter opens with the very difficult assessment of life. A careful definition is necessary to know how to search for the existence of life in the universe, especially on other planets. Until the end of the twentieth century it was hardly proven from observations that planets outside our Solar System exist. However, with the technological advancement we know more than 1000 extrasolar planets, with the number increasing steeply because of the new satellite missions (see chapter on extrasolar planets). The main problem however is, that till now we only know about the existence of life on Earth. Could life evolve elsewhere under completely different conditions than on Earth? Based on our knowledge on terrestrial life, we will also give some basic information on how living cells function. We give an overview on how life works on Earth by discussing photosynthesis, respiration, organic molecules, molecules that are essential for life. The complex organic compounds such as carbohydrates, proteins, amino acids are discussed and how they work together in a cell. Cell division is also reviewed and it is demonstrated why this mechanism has evolved from a simple fusion process to such a complex process like meiosis. The main message of this chapter is that life is complex, based on complex molecules, reproduces itself and needs energy.

This chapter reviews the origin and evolution of life on Earth. The collapse of an interstellar cloud into a protostar surrounded by a protoplanetary disk is reviewed. The early Earth was extreme hostile to life and first signs of life data from the time 3.8 billion years ago. Abiogenesis is discussed and it is highlighted that the process of evolution was not linear but it came about in several big steps. The idea of panspermia is reviewed. The famous Urey Miller experiment and other experiments are reviewed. Most probably life has started in deep undersea geysers called black smokers. During the last 500 million years, at least five times mass extinction has occurred. Possible astrophysical explanation for this extinction is given. The main message of this chapter is that we still do not completely understand abiogenesis though different possibilities are being discussed such as the synthesis of amino acids in Urey-Miller like environments, or near deep underwater geysers etc.

After discussing the basic properties of life and origin on Earth (which is still debatable) we highlight the role played by earth in protecting life, especially complex life. The atmosphere protects life on the Earth’s surface from short wavelength radiation, the Earth’s magnetosphere provides a shielding against energetic charged particles. Life even exists under extreme conditions on Earth. We have already discussed black smokers in the context of origin of life and we will give further examples of life existing in at first sight hostile conditions. The study of extremophiles has enhanced the chance to find life elsewhere under extreme environments such as on the surface of Mars. The main message of this chapter is that life is being found to exist in environments that have been thought as hostile several decades ago which gives us hope that the extension of a habitable zone might be broader.

The Solar System can be regarded as a prototype for a planetary system. Many planetary systems have been detected over the last two decades, however, we will not be able in the near future to explore these exoplanets with such precision as the planets in our Solar System. From the details of our Solar System we can extrapolate to the exoplanets and the study of these systems helps us to better understand the formation of our own system. Parts of this chapter are from the book of the author [42]. We shall discuss the different classes of objects in the solar system such as the big planets, dwarf planets, asteroids and comets. First it will be outlined how we obtained the important physical parameters of the planets such as temperature, composition, mass, radius etc. from observations form the Earth. We will also discuss why Venus is such a dry planet and whether there is water on Mars. Then the objects will be discussed in more detail. Finally some interesting satellites and the rings of planets will be discussed. The main message of this chapter is that in the Solar System life could exist only on two categories of objects namely planets and some satellite of planets.

Life in the Solar System

After having discussed the main bodies in the Solar System, we will review the search for life on planets and their satellites. The most promising candidate to find life is Mars. We review the search for water on Mars, why Mars had undergone drastic climate variations. It is also speculate whether life could exist in the atmosphere of Venus. Besides the planets, life could be also found on several satellites in the Solar System. For astrobiology the Jovian Satellites Europa and Callisto are interesting, probably also the two other Galilean satellites, Ganymede and Io. In the satellite system of Saturn we mention Titan, having a dense atmosphere mainly composed of nitrogen, and Enceladus, where water geysers were observed. The Cassini mission is described in detail. Finally, organic matter found on comets is discussed as well as organic compounds found in planetary disks around stars showing that organic material can be found almost everywhere in the Universe. The main message of this chapter is that in the Solar System the Earth is the only planet where life exists, however, it is still not answered whether life exists on Mars or Europa or even other bodies.

In this chapter we review the different methods for detection of extrasolar planets. The main problem to find these objects comes form

• planets are smaller than stars,

• they only reflect light from a star,

• seen from a great distance they appear very close to their parent star,

• they mainly radiate in the IR.

The main detection methods are velocity measurements, astrometric measurements, direct imaging, microlensing. Satellite missions such as KEPLER, COROT and GAIA are mentioned. Today, it became even possible to detect exoplanetary atmospheres. Finally, the different types of detected exoplanets are reviewed.

The main message of this chapter is that we are at the beginning to understand under which conditions planets form around stars and how many of these planets could be Earthlike.

In this chapter we will give an overview on the different types of host stars of planetary systems. The Hertzsprung Russel diagram showing the physical properties of stars and their relation is reviewed. Most stars can be found on the main sequence in this daigram. We concentrate on main sequence stars of spectral classes F, G, K, and M. Their main sequence lifetimes are larger than 1 Gyr. This time range was needed on Earth for life to develop and seems adequate for life to evolve on possible planetary systems around other stars1.

The main message given in this chapter is that possible host stars of earthlike planetary systems might be the majority of all stars since the must be low mass stars like our Sun. However, we do not know yet the percentage of habitable earthlike planets around them.

Habitable Zones about Stars and Planets

To our knowledge life can only evolve in an environment that is quite similar to that on the Earth. Based on this unproven assumption, the habitable zone (HZ) has therefore been introduced assuming that life generally depends on such conditions, namely temperature, pressure, atmospheric chemistry similar to that on Earth.

A habitable zone HZ is defined as a region of space around a star or even around a planet, where the conditions are favorable for life based on

Several authors call a planet or satellite of a planet habitable when liquid water can be found there. The liquid water belt concept was introduced by H. Shapley in the 1950s. By the 1970s M. Hart estimated extraterrestrial life as being extremely rare. This lead to the rare Earth hypothesis.

In the following sections we will outline that habitable zones do not only depend on the distance of a planet from its host star but also on the location of the planetary system in a galaxy as well as there might be habitable moons around giant planets.

The main message of this chapter is that there exist several habitable zones, circumstellar, galactic and even habitable zones around giant planets. Habitability however, strongly depends on the definition of life.

In this chapter we discuss how, when, and during which processes the chemical elements have been formed in the universe. A short review about the origin of the universe is given The most abundant chemical element in the universe is hydrogen. This was formed during the first phases of the Big Bang and all other elements such as He, Carbon, Oxygen were formed by thermonuclear reactions (expect elements heavier than Fe). These processes are discussed in the chapter on stellar evolution where a distinction has to be done between low mass and massive stars. Therefore, it took several generations of stars before the universe contained a certain amount of these elements so that solid planets and complex molecules could originate.

The main message of this chapter is that the chemical elements necessary for life are the products of thermonuclear reaction that took place in the center of stars (with few exceptions), so that we consist of stellar dust.

In Situ and Remote Sensing for Life

In this chapter we discuss the several attempts to search for life in the universe. Parts of this chapter are extracted from chapter 10 of another book of the author [41]. The Drake equation which estimates the probability for extraterrestrial civilizations being on the same technological level as we is discussed and approvements are suggested.

• Active search: this comprises in situ measurements. Several objects, like Venus, Mars, Titan and some asteroids in the Solar System have been visited by landers. One of the main aims of these landers was the to search for any biologic activity by measuring the surface conditions on these objects. Some space missions conducted to explore the Solar System carry messages about our civilization. Of course the chance of finding an extraterrestrial civilization through these space vehicles is extremely low.

• Passive search: this comprises all methods to detect (i) planets, (ii) speculate about satellites of these planets, (iii) find spectroscopic signatures of biologic activity (biomarkers) such as oxygen, ozone, methane and other compounds in a planetary atmosphere.

Examples of radio messages sent to different objects are given. No answer has been received so far.

The main message of this chapter is that from several arguments we can conclude that our civilization might not be the only one in the Galaxy and that we should belong to the older generation of civilizations at least in the Galaxy.

Astrobiology refers to the study of the origin, evolution, distribution, and future of life in the universe. This encompasses extraterrestrial life and life on Earth. Astrobiology is an interdisciplinary field that is gaining a rapidly growing interest among both the general public and the astronomical research community. This e-book explains the detection and evolution of exoplanets and discusses the question of habitability on such objects. Chapters in this text include cited references enabling the reader to acquire more information on specific aspects of astrobiology. It is also a suitable textbook for introductory taught courses in universities and colleges on the subject. 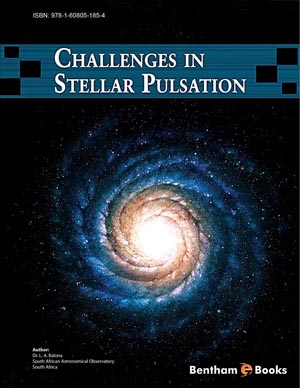 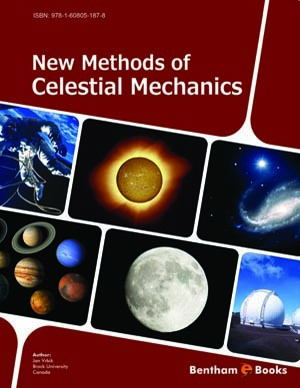