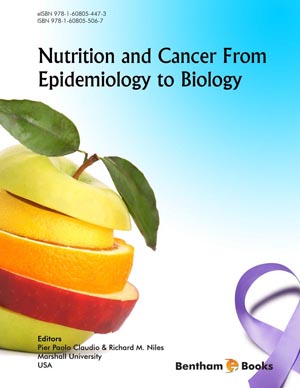 Capsaicin is an active ingredient of chili peppers. Although traditionally associated with chemopreventive and anti-carcinogenic activity, recent studies have shown that capsaicin has profound anti-neoplastic effects in several types of human cancer cells. The biological activity of capsaicin is mediated by the transient receptor potential vanilloid [TRPV] superfamily of ion channel receptors. Specifically, capsaicin is an agonist of the TRPV1 receptor. The growth-inhibitory properties of capsaicin have been found to be mediated by TRPV1-dependent and independent mechanisms. Experiments in multiple animal models have demonstrated that the anti-cancer activity of capsaicin is not associated with any discomfort or toxicity. The present review summarizes the current knowledge on the growth-inhibitory activity of capsaicin and discusses the signaling pathways underlying its anticancer effects. Future studies involving the design of capsaicin-mimetics with improved selectivity may represent novel strategies in the treatment of human cancers.

Omega-3 Fatty Acids as an Adjuvant to Cancer Therapy

The growth of various types of cancers including lung, colon, mammary, and prostate in animal models has been slowed by supplementing the diet of the tumor-bearing mice or rats with oils containing omega-3 (n-3) fatty acids or with purified n-3 fatty acids. The efficacy of cancer chemotherapy drugs such as doxorubicin, epirubicin, CPT-11, 5-fluorouracil, and tamoxifen and of radiation therapy has been improved when the diet included n-3 fatty acids. A number of potential mechanisms have been identified for the activity of n-3 fatty acids against cancer including modulation of: eicosanoid production and inflammation, angiogenesis, proliferation, susceptibility for apoptosis, estrogen signaling and free radical activity. The response to chemotherapy was better in breast cancer patients with higher levels of n-3 fatty acids in adipose tissue (indicating past consumption of n-3 fatty acids) than in patients with lower levels of n-3 fatty acids in one study. Omega-3 fatty acids have also been used to suppress cancer-associated cachexia and improve the quality of life in human studies. Thus, supplementing the diet with n-3 fatty acids may be a nontoxic means to improve the outcome of standard cancer therapies and may slow or prevent recurrence of cancer in patients that are not candidates for standard cancer treatments.

Is there an Etiologic Role for Dietary Iron and Red Meat in Breast Cancer Development?

The purpose of this review is to examine the literature to determine what epidemiologic and experimental evidence exists that either supports or denies a role for iron in the etiology of breast cancer, paying particular attention to the dietary heme iron source of red meat. The importance of red meat as a dietary source of iron and the relationship between iron and oxidant stress are introduced. Epidemiologic and experimental studies of the relationship between iron and breast cancer are reviewed. Extant studies involving phase II detoxication gene interactions with red meat consumption and breast cancer or iron-related gene polymorphisms and breast cancer are also reviewed. In conclusion, a model by which red meat may impact breast cancer involving the delivery of dietary iron is proposed and discussed.

Various estimates suggest that between 30-40% of all human cancers are related to dietary patterns. Strong epidemiological evidence from population and twin studies points to dietary constituents that either contribute or protect against the development of various forms of cancer. This e-book reviews some traditional and relatively new areas of nutrition and cancer. Epidemiological data is combined with molecular biology research and, where available, clinical trial data. The emerging science of &quot;Nutrigenomics&quot; is discussed with chapters on the biological role of various nutrition components from red wine, peppers, green tea, fish oil, cruciferous vegetables, retinoids; and the intersection of nutrition and epigenetics in hematopoiesis. This e-book will be of interest to researchers in the nutrition and cancer field, physicians in family and community medicine, internal medicine and oncology, as well as dieticians providing counseling to cancer patients and cancer survivors.