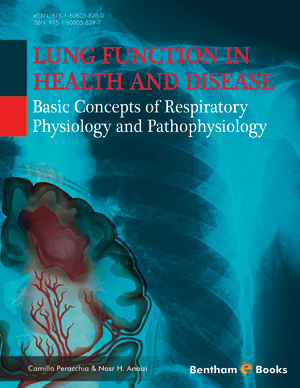 This chapter focuses on the relationship between alveolar ventilation and blood perfusion in normal and diseased states. In particular, it explains the reasons for different ventilation-perfusion ratios among lung regions. It explains the functional consequences of pulmonary diseases that alter the ventilation-perfusion ratio, and demonstrates how ventilation-perfusion abnormalities can be quantified. It describes in more detail the “three compartment model” (equivalent of the real lung), the methods used to quantify the fraction of pulmonary blood that does not undergo gas exchange (right-to-left blood shunt or venous admixture) and those used for differentiating between the two major components of venous admixture: maldistribution shunt-like effect and conductive (anatomical) shunt. The various normal and abnormal conditions that result in venous admixture (right-to-left blood shunt) are schematically represented, and the method for quantifying the fraction of alveolar ventilation wasted in alveolar dead space is described. Finally, pros and cons of oxygen therapy and potential complications of prolonged lung exposure to high O2 fractions, leading to oxygen toxicity, are detailed.