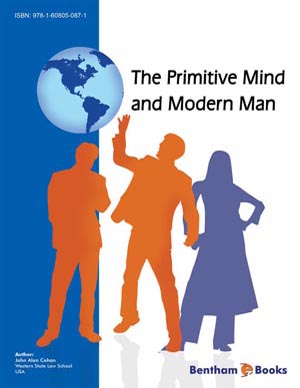 Magic, sorcery and witchcraft-terms often used interchangeably-fulfill many emotional and practical needs in many cultures. Chiefly, magical thinking is a way of coping with uncertainty-to help abate anxiety by seeking the aid of supernatural forces to help solve problems. Magical ceremonies-for healing, to alter the weather, to produce good crops or a successful hunt, to punish wrongdoers, and so on-are part and parcel of the work of shamans, medicine-men and other healing practitioners. When illness strikes, shamans or other healers will invariably determine, before anything else, whether the patient has been subjected to witchcraft. Magical techniques are omnipresent in conventional religions of the world-gifts, offerings, or sacrifices, lighting candles, kissing icons. Magic is rightly feared because it can be used for antisocial or disruptive purposes-to cause illness, death, accidents or misfortune in others. Often the mere threat of sorcery or making known that sorcery has been practiced makes it surprisingly easy to settle a quarrel. A magical spell is said to work through the law of contagion-involving some “essence” or bodily residue of the victim, such as nail clippings, hair, food leavings, an article of clothing, etc. The spell works through the particular medium utilized so as to affect the victim. In many cultures people take great care not to leave nail clippings, hair or food leftovers where any enemy might utilize them for sorcery. It is commonly thought that the victim of witchcraft may well “deserve” the hex as just desserts for some transgression, such as refusal to pay a legitimate debt, unprovoked aggression, or a breach of charity or neighborliness. Accusations of witchcraft in cases of death or illness, may lead to a feud between the victim and the sorcerer, resulting in countermeasures or blood revenge. During the witchcraft trials of Europe, England and the American colonies, people believed that witches were in liege with the Devil, who in turn granted them powers to harm others. In many cultures, vampires and zombies are thought to be real entities. The belief in witchcraft is widespread in modern cultures-people will seek potions, candles and spells to help produce financial success, jobs or other good luck, or one can hire a witch or sorcerer for various intentions such as to attract love, to mend family problems, to cure addictions, to offer help in business, etc. Occult supply stores are found in every urban center selling magical robes, potions, herbs, books, incense, and talismans. In the Southern United States a “hexing culture” is widely prevalent.