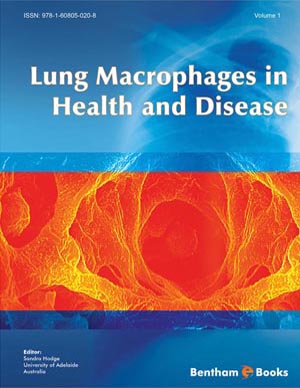 The Effects of Chronic Alcohol Ingestion on Alveolar Macrophage Function

Chronic alcohol abuse causes discrete changes in the alveolar macrophages that render the lung susceptible to serious infections such as tuberculosis. Many studies done in relevant animal models have identified common mechanisms by which alcohol abuse targets not only the alveolar macrophage but also the alveolar epithelium, thus resulting in lung injury. One of the mechanisms by which chronic alcohol ingestion results in oxidative stress is by decreasing the levels of the antioxidant glutathione within the alveolar space. Other studies have focused on depletion of essential micronutrients such as zinc that is also linked to oxidative stress mediated cellular dysfunction. These changes in the pulmonary microenvironment adversely affect granulocyte/ macrophage colony stimulating factor (GM-CSF) signaling in the alveolar macrophage, and thereby, dampens its function. Although the oxidative stress related changes are often subclinical and only lead to lung impairment when challenged by an acute insult such as trauma or sepsis, macrophage dysfunction at the cellular and the molecular levels is often evident in otherwise healthy alcoholics. In addition, chronic alcohol abuse increases the frequency and severity of ventilator-associated pneumonia, and increases susceptibility to viral infections such as HIV/AIDS. Thus, an understanding of the effects of chronic alcohol abuse on the function of alveolar macrophage has significant potential to identify new innovative treatments that could reduce the increased morbidity and mortality in this vulnerable population.