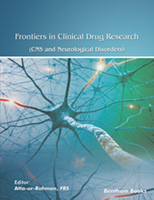 Multiple sclerosis (MS) is a well-known chronic inflammatory and neurodegenerative disease of the central nervous system (CNS). It is considered the most common autoimmune demyelinating disease of the CNS. It affects mainly young adult females between 20-40 years of age. MS was previously considered a Tlymphocyte- disease, but now B lymphocytes appeared to have a critical role in MS's pathogenesis. Affected patients showed lower quality of life with an increased death rate than the general population. The treatment of MS is challenging, and many drugs have evolved primarily for the last 20-30 years. Since the introduction of interferons in 1993, there are more than sixteen disease-modifying therapies (DMTs) approved. These drugs have different pharmacologic forms like injections, oral forms, and intravenous infusion drugs. Each one has its benefits and drawbacks. Moreover, like any other patient, MS patient has other symptoms that are not covered by DMT and need symptomatic treatment. In this chapter, we attempt to present medications used to treat acute relapse, different DMTs, symptomatic treatment for different MS symptoms. Besides, we give attention to drugs under clinical trials.