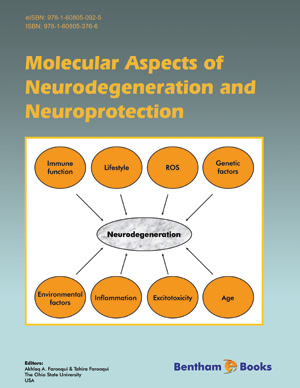 Contribution of Complement in Neurodegenerative and Neuroinflammatory Diseases

The complement system is a powerful and vital component of the innate immune system that plays a dual role in neurodegenerative diseases. When present at an optimum level in the normal brain, the complement system plays a neuroprotective role as it is involved in a number of processes like clearance of apoptotic cells, opsonisation of pathogens,etc. However factors such as oxidative stress and age can modify this protective ability can lead to chronic inflammation resulting in neurodegeneration. In a diseased brain, aggregated polypeptides can potentially present their different charge patterns to C1q, which is a vital charge pattern recognition molecule of the complement system. Consequently activation of complement leads to microglial activation which in turn leads to defective clearance of the aggregated polypeptides by macrophages leading to chronic inflammation, especially in age-related neurodegenerative disease (e.g., Alzheimer’s disease). The current article aims at discussing the role of the complement system (especially C1q) and its consequences in initiation/progression in neurodegenerative diseases such as amyloid-associated dementias (Alzheimer’s disease, Down’s syndrome), non-amyloid associated dementia (Familial dementia, Huntington’s disease, Parkinson’s disease) and pathogen-induced dementia (prion diseases). Evidences point towards the existence of an over-activated complement system in a diseased brain can directly or indirectly lead to neuroinflammation which subsequently leads to neurodegeneration, the effects of which are manifested through the various clinical signs and symptoms. As C1q is the initiation molecule of the classical pathway, C1q-inhibitors that down regulate the complement cascade without negatively affecting the protective functions of complement can pave way for potential future immunotherapeutic approaches.