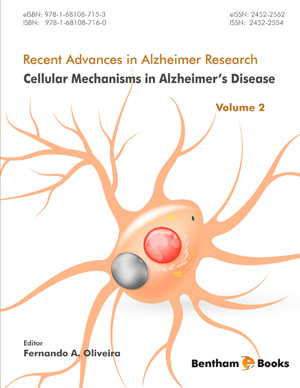 A normal development of the central nervous system is an essential process to a healthy the adult brain. After birth, some brain areas are still maturating and, even in the adulthood, the brain networks are in constant reorganization. The physiological and morphological changes that occur during nervous system maturation can be the key to the insurgence of neurodegenerative diseases such Alzheimer’s disease (AD). AD is the most common cause of severe cognitive decline in elderly. The set of neuronal morphological changes presented even before clinical symptoms onset is strongly correlated with future cognitive impairments. However, it is not clear yet which morphofunctional features are more accurate to distinguish the healthy and the abnormal brain as well as its future susceptibility in developing AD. In this chapter, we described the neuroanatomic aspects of AD. Specifically, we focused on the progression of affected areas throughout AD stages and on the selective aspects that make several neuronal populations and brain areas more vulnerable to pathological changes. External and internal factors that might influence morphological features are also addressed. While intrinsic characteristics such as myelination and pigmentation could help to predict the pattern of anatomic advance of AD, on the other hand, cognitive reserve is an example of how external input and lifestyle can delay the appearance of clinical symptoms even when morphologic changes are already pronounced. The early diagnosis and staging are fundamental steps to provide information for more specific therapeutic approaches. Ultimately, some of the advances and techniques for this challenging diagnosis are also detailed.