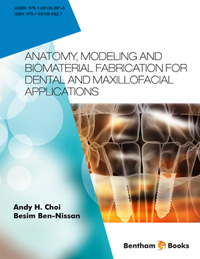 Anatomy, Modeling and Biomaterial Fabrication for Dental and Maxillofacial Applications

The finite element method is a mathematical approach used to examine continua and structures. Typically, the problem at hand is too difficult to be resolved in a satisfactory manner using classical analytical means. Introduced initially as an approach used to explain structural mechanics problems, finite element analysis was rapidly acknowledged as a universal technique of mathematical approximation to all physical problems that can be modelled by a differential equation description. The application of finite element analysis in dentistry related to the deformations during functional loadings and in the design and analysis of implants accelerated after the 1980’s. This method has been widely accepted and applied in engineering and biomedical systems with increasing frequency for stress analyses of soft and hard tissues, bone and bone-prosthesis structures, fracture fixation devices, and dental implants and devices ever since. The finite element approach has also been applied in nanomechanical testing and nanoindentation to assess the biomechanical properties of nanocoatings on implants and devices.