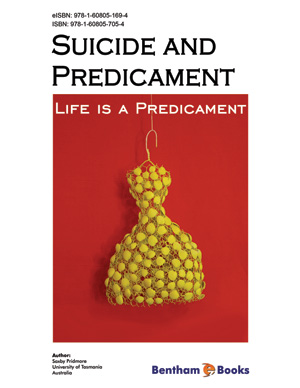 Suicide is conceptualized as an action which occurs in a variety of settings. The importance of personality, genetics, alcohol abuse, socioeconomic status and relationship with partner is introduced. The hegemony of mental disorder in suicide is disputed. The potency of multiple factors acting concurrently is described, giving details of twenty cases.

A model is presented with ‘predicament’ being the central feature; the predicament may be a mental disorder or environmental factors (or both). The degree to which the predicament (or stressors which compose the predicament) draws the individual toward completed suicide is influenced by nature and nurture. The accuracy of ‘psychological autopsies’ is challenged. Social factors and a ‘sociological autopsy’ are discussed. Cases are mentioned, including “the jumpers of 9/11”.

Many westerners view suicide as having a place in other cultures, but not in their own. The place of suicide in eastern cultures is briefly mentioned. The suicide of historical western figures (Ajax, Pyramus and Thisbe, Lucretia, Cato, Judas, Anthony and Cleopatra, Seneca, Cordelia and Boudica) is described. Their stories are traced over time through fine art, music and literature to the present. Western culture is currently shaped with suicide being an option in response to shame, anger, protest and sorrow and grief.

Suicide by defeated military leaders is well known. Prominent examples (Eleazar, Brutus, Samsonov, Korechika Anami, Hatazo Adachi, Himmler, Goring, Goebbels) are detailed, however others are those who attempted suicide during peace time. The triggers for these suicides are discussed along with the influence of rank. Mention is made of the current misrepresentation of the suicide rate of US troops serving overseas.

Shame is frequently overlooked as an emotion leading to suicide. Examples from the public record in which shame is believed to have played a major role (Bud Dwyer, Ernest Blanchard, Jeremy ‘Mike’ Boorda, Takayuki Kamoshida, Mervyn Jenkins William Lucan- Roberts, Wolfgang Huellen, Vlajko Stojiljkovic, David Kelly, Arthur Teele, Wolfgang Priklopil, Shinichi Yamazaki, J D ‘Roy’ Atchison, Christopher Forster, Bruce Ivins, Michael Todd, Michael Pigott Roh Moo-hyun, Dudu Topaz, and others) are detailed. Anger is also believed to be a factor in some completed suicides. Examples are less common, but may include some men who kill their offsprings and themselves in the settings of disputed access to children.

Evidence indicates that major depression, schizophrenia and personality disorder are associated with an increased risk of suicide. Recent work suggests that anxiety is also associated with suicidal thinking. Studies have shown that a significant proportion of people with a major depression do not have suicidal thinking, and a significant proportion of people with suicidal thinking do not have major depression. Cases from the public record (Ernest Hemingway, Daniel Cumerford, Sonia McMullen, Greg Wilton, Rebekah Lawrence, Charmaine Dragan, Vicki Van Meter, Erin Berg, and Robert Enke) are detailed. It is likely that women who kill their children and then themselves, especially when there are no clear social stressors, have suffered unrecognized mental disorder.

“Medicalization” describes the process by which nonmedical (social) problems are reclassified as medical problems. The process is facilitated by the absence of clear definitions of “health” and “mental disorder”. The drivers of medicalization include not only the medical profession. Everyday distress is medicalized into depression. Suicide has been medicalized and the response to distress and suicidal thinking has become antidepressant medication rather than appropriate social support. Two cases are presented (Robert FitzRoy and Lord Clive). The medicalization of distress and suicidal thinking is damaging rather than being helpful.

Durkheim argued that suicide is largely a social phenomenon. He did not deny vulnerability of individuals due to what would now be called mental disorder, as is commonly stated. He found that the regulation and support provided by society to the individual (these could be too little or too much) were the key to suicide. He described egoistic, anomic, altruistic and fatalistic forms of suicides. These ideas are assessed and supplemented with current research. Bullying and the influence modern communication systems have on suicide are mentioned, and examples from the public record are detailed.

Not Infrequently, we read of an unexpected suicide, and examination of the available evidence offers no sign of mental disorder. It is argued that these are examples of egoistic suicide. Examples from the public record (Sedeq Hedayat, Alan Turing, Larry Walters, Carolyn Heilbrun, Hunter S Thompson, Ruslana Korshunova, and Branden Bremmer, among others) are detailed. Perpetrators of school shootings who suicide may also manifest egoistic components.

A TYPOLOGY OF SUICIDE

Suicide is an escape option from predicaments. Two predicaments are conceptualized, 1) the presence of mental disorder, and 2) external factors. These may co-occur. From the perspective of the observer, the predicament may be very clear or less clear, leading to 4 types of suicide. Examples are also provided.

In this chapter, the medical, sociological and medicalization models are drawn together. Stressors (predicaments) have an impact on vulnerable individuals. Vulnerability takes two forms, one from the sociological perspective (due to the regulations and support provided by society) and the other from the medical perspective (due to nature and nurture factors). These vulnerabilities reinforce each other and lead to the central element of distress. Three aspects that may be considered here are; i) distress can be called a mental disorder (medicalized) and if suicide results, the death is incorrectly attributed to medical disorder. ii) distress can lead to mental disorder and if suicide results, the death is correctly attributed to mental disorder, and iii) distress can lead directly to suicide, and mental disorder is not involved or mistakenly thought to be involved. In this latter pathway, when distress is clear to others, the suicide is akin to rational suicide. When distress is less clear to others, the suicide is akin to egoistic/anomic suicide.

The suicide rates of different groups are different and relatively stable. This fact cautions against simplistic explanations and quick-fixes for the problem of suicide. The global suicide rate remained relatively stable from 1960 to 2000, however the gender gap widened. In western and English speaking countries, the male suicide rate is around 3 times greater than the female. Globally, there is an increase in suicide rate with age, but in western and English speaking countries, there is bimodality, with one peak for young adults and another for the aged. The much publicised increase in suicide rate among the young has receded since 1997. Individual nations have different, relatively stable suicide rates. There are very high suicide rates among some indigenous people (the Inuit of Canada and Greenland, the First Nations of North America, the Maori of New Zealand and the Aborigines of Australia), which can be attributed to exposure to a “dominant culture”.

The current approach to suicide prevention (high risk approach) focuses on improved identification and treatment of mental disorder. Around the world, this approach has failed to lower national suicide rates. The prevention of suicide even in people known to be at high risk is difficult and sometimes impossible. As the majority of the total suicides comes from the low risk population, a population health approach is necessary, which means reducing risk factors within the community. The high risk (treatment) and the population health approach should be conducted concurrently. Generally recommended components include; 1) education of health and other helping professionals, 2) reduction in the stigma associated with asking for help, 3) active alcohol and drug abuse treatment and prevention, 4) improving the well-being of the community, and 5) reduction of access to lethal means. Arising from this monograph, additional suggestions include, a) de-medicalization of non-medical suicidality, b) changing the culture, and c) changing the predicament.

&quot;Suicide and Predicament: the medical model of suicide is incomplete&quot; takes a broad view of suicide. It argues that a large proportion of people who suicide do not have a mental disorder, and therefore it is essential to know about the predicaments of people. The book draws on sociology and takes issue with the medicalization of distress and suicide. It discusses genetics and draws attention to the importance of alcohol in suicide. It takes as examples, 127 suicide cases found in public record. Unique features include 1) predicament model, 2) pathways model, 3) typology of suicide, and 4) prevention initiatives.