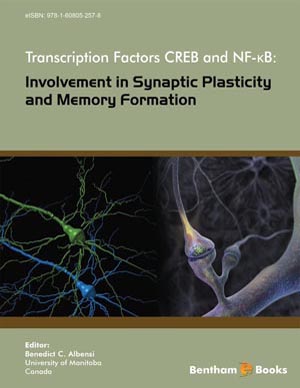 Dr. Albensi completed his PhD in Neuroscience at the University of Utah’s School of Medicine in 1995. He obtained advanced training as a Postdoctoral Fellow at the Georgetown Institute of Cognitive and Computational Sciences (GICCS) at Georgetown University Medical Center where he worked with a high field MRI system for assessing brain trauma and its effect on hippocampal structure and physiology. Thereafter he trained under Dr. Mark Mattson as a Postdoctoral Scholar at the Sanders-Brown Center on Aging at the University of Kentucky’s Medical School and studied the involvement of NF-kB in synaptic plasticity. Subsequently, he participated in clinical trials research at Pfizer, Inc. in Ann Arbor, Michigan. Currently he holds the Honourable Douglas Everett, Patricia Everett and the Royal Canadian Properties Endowment Fund Chair and is an Associate Professor of Pharmacology and Therapeutics at the University of Manitoba, Winnipeg, Canada. In addition, he is an Adjunct Professor of Electrical and Computer Engineering at this same school and a Principal Investigator in the Division of Neurodegenerative Disorders at the St. Boniface Research Centre. He is also a Research Affiliate for the University of Manitoba’s Centre on Aging and a Scientist at the Manitoba Institute for Child Health (MICH). He has published more than 100 articles that include peer-reviewed experimental papers, invited book chapters and reviews, abstracts, and other CNS relevant manuscripts on synaptic plasticity, memory, and neuronal excitability. In addition he has been a member of several grant review panels around the world, including the NIH, CIHR, Alzheimer’s Society of Canada, Alzheimer’s Association (USA), Wellcome Trust, American Institute of Biological Sciences, and the U.S. Civilian Research & Development Foundation. He is also on the editorial board of CNS and Neurological Disorders - Drug Targets. He is married and lives in Winnipeg, Canada with his four daughters.

Regulation of Synaptic Plasticity and Long-Term Memory by CREB: Implications for Targeting Memory Disorders Including Alzheimer’s Disease and Rubinstein-Taybi Syndrome

The cAMP Responsive Element Binding Protein (CREB) is an activity regulated transcription factor that modulates the transcription of genes with cAMP responsive elements (CRE) located in their promoter regions. In the central nervous system (CNS), an abundance of evidence has indicated that CREB-mediated transcription can be triggered through a number of pathways and is central to the induction of long-term synaptic changes and the formation of long-term memory. Dysfunction of CREB signaling has been implicated in the memory/cognitive impairments associated with a variety of CNS disorders, including Rubinstein-Tabyi Syndrome and Alzheimer’s disease, suggesting that CREB or proteins associated with CREB-mediated transcription may be a useful therapeutic target in the treatment of these disorders. Here, we review the key features of CREB-dependent transcription, the role for CREB in synaptic plasticity and long-term memory formation, and also summarize the data implicating CREB dysfunction in some of the disorders in which the formation and storage of memories are affected.

The Role of CREB in Neuronal Plasticity, Learning and Memory, and in Neuropsychiatric Disorders

A characteristic of higher organisms is their ability to learn by experience in order to adapt their behaviour. Such plasticity is largely the result of the brain’s ability to convert transient stimuli into long-lasting alterations in neuronal structure and function. This process is complex and involves changes in receptor trafficking, local mRNA translation, protein turnover and gene synthesis. Here, we will review how changes in neuronal activity trigger CREB-dependent gene expression in order to provoke more persistent changes in neuronal function. Interestingly, CREB activity is altered in some psychiatric disorder such as anxiety and depression, which suggest that this programme is essential for the correct functioning of the brain.

Information storage is a fundamental capacity of neuronal circuits that underpins all higher cognitive functions including long-term memory formation, working memory, behavioural control and language. The storage of information requires alterations in strength and pattern of synaptic connections in key brain structures such as the hippocampus. It is now clear that such memory-associated synaptic plasticity is driven by a cascade of gene transcription and new protein synthesis. Here, we review how the use of high-throughput microarray platforms and bioinformatic in silico analyses is now revealing an extensive, integrated transcriptional programme underpinning synaptic plasticity that confirms roles for the previously well-characterised transcription factors NF-κB and CREB but also implicates more novel players such as SRF, NFAT and HIF-1. The transcriptional programme likely sees recruitment of tens of transcription factors and hundreds of genes, orchestrated through the three core periods of synapse destabilisation, new synapse construction and selective synapse retention. We discuss the nature of the contributions of NF-κB, CREB, SRF and NFAT to cognitionassociated synaptic plasticity and present new data to support a biphasic role of HIF-1 during the early memory consolidation period.

Changing the strength of synaptic connections between neurons is a process by which memory traces are encoded and stored in the nervous system. Evidence to date suggests that long term memory encoding and storage are dependent on mRNA translation and protein synthesis. Studies over the years have identified key signaling molecules involved in processes of protein synthesis in contexts of long term memory. Transcription factors, such as cAMP response element binding (CREB) protein, CCAAT/enhancer binding protein (C/EBP), early growth response (Egr) protein, activator protein 1 (AP-1), and nuclear factor kappa B (NF-κB) have been hypothesized to play roles in memory suggesting that these molecules function as part of a sophisticated response for processes of protein synthesis in long term memory. Previous studies have shown roles for some of these proteins in CNS disorders, where a rapidly growing literature supports the involvement of NF-κB, not only in neurodegenerative conditions, but also in synaptic plasticity and memory.

NF-κB Proteins in Adult Neurogenesis: Relevance for Learning and Memory in Physiology and Pathology

An increasing number of reports have called attention on the role of the NF-κB family members in processes that require long-term regulation of the synaptic function and underlying memory and neural plasticity. In general, NF-κB proteins appear to participate in spatial and contextual memory tasks that depend on the hippocampal function, whereas nonspatial or cued tasks that are not dependent on hippocampus usually show little impairment in NF-κB deficient animals.

The molecular mechanisms and target genes through which the complex NF-κB pathway mediates transcriptional regulation to participate in memory and learning are far less characterized. Recently, a potential involvement of NF-κB proteins in adult neurogenesis, the formation of new neurons in adulthood, has been suggested. While its exact function remains elusive, adult hippocampal neurogenesis has been proposed to play important roles in specific cognitive functions and to contribute to their maintenance. In particular it appears that neurogenesis may be relevant for some hippocampal-dependent memory tasks. Whether the two phenomena, NF-κB-mediated regulation of cognitive function and modulation of adult neurogenesis are functionally linked remains to be unambiguously confirmed. Nevertheless these findings are herein reviewed and discussed for their impact in several neuropsychiatric disorders and their therapeutic implications.

Some decades ago it was postulated that gene expression regulation is required for long-term memory storage. In the last years, important progress has been made towards the characterization of these mechanisms of transcription. Among them, transcription factors play a key role. This chapter describes the characteristics and the role of one of these transcription factors, NF-κB, in the different phases of memory formation and processing. In more than a decade of research since the first data on the role of NF-κB in neuronal plasticity and memory, a growing body of evidence supports that this transcription factor is involved not only in the formation of the initial long-term memory traces but in the re-stabilization after memory reactivation induced by retrieval. Additionally, the role of NF-κB in the formation of memory extinction is now under study. Extinction entails a temporary inhibition of memory expression and entails a new memory process. Recent data support the inhibition of NF-κB in the formation of memory extinction. Here I propose the use of this transcription factor, together with other neuroplasticity-associated molecular mechanisms, as important tools for understanding the dynamics of the different phases of information processing as well as the determination of brain areas involved in such processes.

NF-κB in Neurons-Mechanisms and Myths

The transcriptional activation of specific genes by transciption factor proteins is an important factor in the determination of cell-type specific patterns of gene expression. In one form or another, transcription factors comprising the Rel-family of proteins (responsible for the activity referred to as “NF-κB”) are present in every cell type examined. However, studies of NF-κB often rely solely on a single endpoint (e.g., nuclear translocation) as an index of activation. Careful examination of CNS neuronal populations indicates that the initial components of NF-κB activation, up to and including nuclear translocation, are often dissociated from transcriptional activation. Indeed, there are few, if any, circumstances in which classical transcriptional activation by NF-κB has been documented in CNS neurons. In addition to the mechanistic intrigue this disjunction inspires, it is possible that this phenomenon contributes to important cell-type specificity distinguishing neurons from other cell types. It also suggests several implications for pharmacotherapeutic manipulation of NF-κB in the CNS.

The main theme of this book is to critically survey the role of two recognized protein molecules (i.e., transcription factors) in processes of human memory. In addition, authors provided recent data from their own labs and provided a perspective relevant to specific neurological diseases and potential drug targets. Historically, the transcription factor cAMP response element-binding (CREB) has been the most well documented transcription factor shown to play a role in memory. CREB has several functions, but its most notable function has to do with the formation of long-term memories. More recently, other transcription factors, such as C/EBP, Egr protein, AP-1, and NF-&kappa;B have been implicated in memory as well. Of these, scientific literature on NF-&kappa;B&rsquo;s theorized role in synaptic plasticity and memory is growing rapidly. Interestingly, in some recent studies CREB and NF-&kappa;B have also been shown to interact with each other where both contribute in a cooperative fashion to the initiation of gene expression. 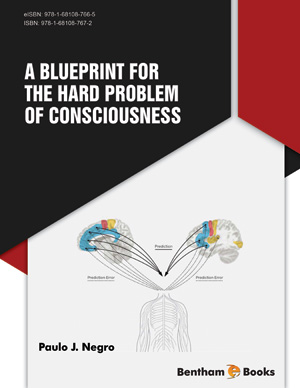 A Blueprint for the Hard Problem of Consciousness 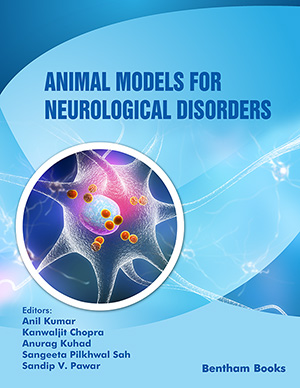 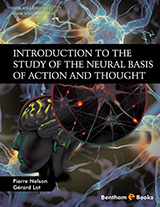 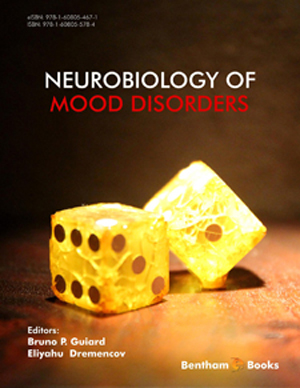 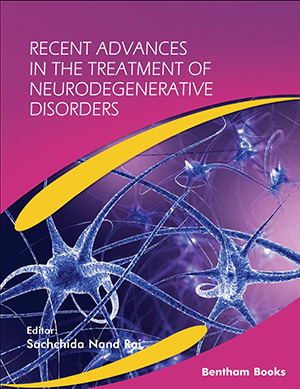 Recent Advances in the Treatment of Neurodegenerative Disorders 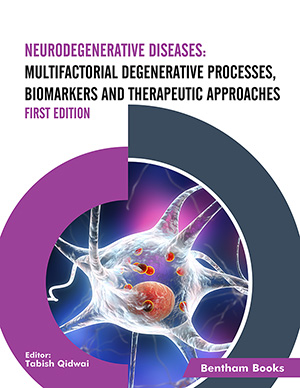