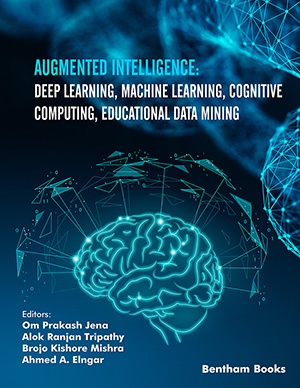 Brain-computer interfaces (BCIs) are defined as the science and technology of devices and systems responding to neural processes in the brain that generate motor movements and to cognitive processes (e.g., memory) that modify motor movements. Advances in neuroscience, computational technology, component miniaturization, the biocompatibility of materials, and sensor technology have led to the much-improved feasibility of useful BCIs. Brain-Computer Interface can be developed by engineers, neuroscientists, physical scientists, and behavioral and social scientists as a team effort. A study on brain computers (BCI) discusses how the brain and external systems interact. In intrusive systems, electrodes are implanted in the cortex; in non-invasive systems, they are mounted on the scalp and use electroencephalography or electrocorticography to monitor neuronal activity. The BCI systems can be generally ranked based on the location of the electrodes used for detecting and measuring neurons in the brain. This WTEC report was intended to compile and reveal to government decision-makers and the scientific community the information on global developments and patterns in BCI research. The design of hardware, device architecture, functional electrical stimulation, non-invasive systems of communication, academic and industrial cognitive and emotional neuroprosthesis has been discussed in this chapter. The purpose of the present chapter is to review the current sensor technologies used for invasive and non-invasive BCI approaches throughout North America, Europe, and Asia. We have visited and/or interacted with key laboratories with expertise in these areas. Although not completely comprehensive, this chapter gives an overview of the major sensor technologies being developed for potential BCI applications.

One of the most elegant and versatile techniques of machine learning is the decision tree. The decision tree is a simple tool to predict and explain the relationship between the object and the target value, recursively partitioning the input space. Tree ensembles such as random forest and gradient boosting trees significantly improve the predictive power of supervised models based on tree weak predictors. In a random forest, the generalized error that is included in the model prediction is dependent on the correlation strength between the trees and the individual predictors' quality. The random selection of features in each node split is at the core of random forest, which makes it as effective as other complex machine learning techniques while having a lower computational cost, which is appealing in the analysis of large data matrices such as those generated by infrared spectroscopy because most analysts do not have computers with high processing capacity for implementing those complex models. Also, techniques based on the decision tree are more robust to noise, which is preferable for the analysis of trace level contaminants. In this chapter, we present the techniques based on decision trees and apply them to solve problems related to classification, regression, and feature selection in spectra obtained experimentally and provided by public repositories. Comparisons of the performance obtained with techniques based on the decision tree in relation to other chemometric tools are also performed.

As a result of considerable breakthroughs in the field of artificial intelligence, deep learning has achieved exceptional success in resolving issues.This work brings forth a historical overview of deep learning and neural networks and further discusses its applications in the domain of medical engineerings - such as detection of brain tumours, sleep apnea, arrhythmia detection, etc. One of the most important and mysterious organs of our body is the brain. Like any other organ, our brain may suffer from various life-threatening diseases like brain tumours which can be malignant or benign. Analysis of the brain MRI images by applying convolution neural networks or artificial neural networks can automate this process by classifying these images into various types of tumours. A faster and more effective method can be provided by this method for detecting the disease at a key stage from where recovery is possible. Sleep apnea is a sleeping disorder involving irregular breathing. The brain detects a sudden decrease in the level of oxygen and sends a signal to wake the person up while he is sleeping. Cardiac arrhythmia refers to a group of conditions that causes the heart to beat irregularly, too slowly, or too quickly, e.g., atrial fibrillation. Deep learning along with bio-medical signal and audio processing techniques on respiratory sound datasets and ECG datasets have huge potential in the detection of these diseases. Deep learning outperforms the existing detection algorithms and a good amount of effort on feature engineering, augmentation techniques, and building effective filters can get a high accuracy result.

Corporate bankruptcy prediction is one of the most crucial issues that impact the economic field, both on the local and global scale. The primary purpose of bankruptcy prediction is to investigate the economic state of any corporation and evaluate its distress level. Several machine learning and deep learning models have been used to predict financial failure. However, there is still no technique that resolves all the problems faced in this field. As such, we propose a machine learning model that constitutes a feature selection phase and a classification phase to predict corporate bankruptcy. This technique combines the sequential backward selector (SBS) with AdaBoost and JRip algorithms. The first phase uses SBS to select the best subset of features for the training. The second phase trains the AdaBoost with the JRip classifier to predict each target class. This model is evaluated using the highly imbalanced Polish bankruptcy dataset. The comparative analysis of our model with other techniques proves the efficiency in predicting corporate bankruptcy with an average of 91% of the AUC metric.

A Mobile Agent (MA), when dispatched in a decentralized peer-to-peer (P2P) electronic community, is forced to do a transaction with unfamiliar hosts. Such unfamiliar hosts are malicious in nature and can tamper agent’s code, state, and data. To solve integrity, confidentiality, availability, and authenticity threats from hosts, this paper proposes a soft security approach. Under this approach, a trust-based reputation model called MRep is proposed. The model considers first-hand information called Direct Reputation (DR) obtained from trust gathered through Source Host (SH). The model assumes SH to be a pre-trusted host that possesses past transaction experience from the destination host. The destination host (DH) is the target host with which the agent wishes to do a transaction in the future. Indirect Reputation (IDR) is obtained from recommenders having a past transactional history with the DH. A collusion attack takes place when these recommenders collaborate to give false recommendations about DH. Ballot Stuff and Bad Mouth collusion occur when recommenders collude to give a positive and negative rating to dishonest and honest DH, respectively. The methodology is based on Similarity Filtering (SF) that uses Euclidean Distance (ED) and single linkage clustering techniques. ED is calculated between consecutive recommender’s past recommendation value called ‘F-Score’ and recommendation value given by SH for DH. Clustering merges recommenders into two clusters. Scatter plots give two clusters. One cluster contains recommenders that gave an exceptionally high or low rating to DH while the other cluster gave a rating close to the rating given by SH. Bernoulli's trial helps to know the effect of collusion on the Final Reputation (FR) of DH when the number of colluders increases and decreases in the system. The reputation errors are calculated and statistically verified using Binomial Probability Distribution. Validation graphs show that when the chance of collusion (p) is less than 0.5, the probability of reputation error p(x) decreases with an increase in the number of colluders(x). When p is equal to 0.5, p(x) first increases and then decreases with an increase in x and when p is greater than 0.5, p(x) increases with an increase in the number of colluders(x). We compare SF with Bayesian Filtering (BF), Outlier Filtering (OF), and No Filtering (NF) when 20%, 40%, 60%, and 80% collusion arises in the system. The proposed SF approach helps filter ballot stuff colluders. MRep gives less error in FR of DH, even when 80% collusion arises in the system.

Cognitive computing and Artificial Intelligence (AI) are Computer Science branches which aim to create machines and ingenious technologies that are capable of working and thinking like humans. Evolutionary computing is a subfield of AI that uses nature-inspired mechanisms (algorithms) and solves problems through processes that mimic the behavior of living organisms. Researchers have focused on several meta-heuristic algorithms, and the Crow Search Algorithm (CSA) is one of the recently developed algorithms dependent on the astute conduct of crows. CSA is a populacebased methodology. It works by storing excess food in hiding places and extracting the food when necessary. This algorithm has been used in different fields such as medical diagnoses, fractional optimization problems, and energy problems. Several modifications have been made to this algorithm, and the current research focuses on a systematic review of the applications of the crow search algorithm in the medical domain and the variants of CSA and its application in different engineering fields.

The effect of the COVID-19 pandemic has prompted a large number of studies targeted at understanding, monitoring, and containing the disease. However, it is still unclear whether the studies performed so far have filled existing knowledge gaps. We used computational intelligence (CI)/Machine Learning (ML) technologies and alliance areas to analyse this massive amount of information at scale. This chapter assesses the scholarly progress and prominent research domains in the use of CI/ML technologies in COVID-19 research, focusing on the specific literature on computational intelligence and related fields that have been employed for “diagnosis and treatment” of COVID-19 patients.The “Web of Science” database was used to retrieve all existing and highly cited papers published up to November 2020. Based on bibliometric indicators, a search query (“Computational Intelligence or Neural Networks or Fuzzy Systems or Evolutionary Computation & Diagnosis or Treatment & Coronavirus or Corona Virus or COVID-19”) was used to retrieve the data sets. The growth of research publications, elements of research activities, publication patterns, and research focus tendencies were computed using ‘Biblioshiny’ software and data visualization software ‘VOS viewer.’ Further, bibliometric/scientometrics techniques were incorporated to know the most productive countries, most preferred sources & their impact, three-field plot, and the most cited papers. This analysis provides a comprehensive overview of the “COVID-19” and CI-related research, helping researchers, policymakers, and practitioners better understand COVID-19 related CI research and its possible practical impact. Future CI / ML Studies should be committed to filling the gap between CI / ML research.