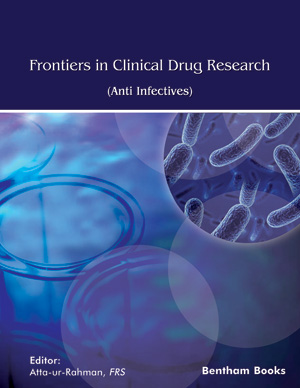 Aptamers with target-specific binding properties have emerged as an alternative to antibodies. Nucleic acid aptamers are short single-stranded oligonucleotides that can fold into unique three-dimensional structures. Nucleic acid aptamers are selected from random libraries in vitro by using the SELEX (Systematic Evolution of Ligands by Exponential Enrichment) technology. Likewise, peptide aptamers are short peptides that can be selected in vitro by using different strategies including phage display, ribosome display, or mRNA display. Aptamers are superior to antibodies with regard to ease of production, high stability, small size, and low cost. Therefore, aptamers find broad use in different biotechnological and therapeutic applications. Among them, aptamer use in virus detection and antiviral therapy is one of the attractive applications. The present Covid-19 pandemic and life-threatening viral infections reveal the need for rapid therapeutic solutions that can efficiently target viral mechanisms. In this respect, the chapter is mainly focused on aptamers with antiviral activity, as well as the use of aptamers in viral detection platforms. First, we summarize aptamer selection technologies that can be performed in vitro. Among them, we briefly explain ribosome display, mRNA display and SELEX (Systematic Evolution of Ligands by Exponential Enrichment) technologies. Then, we review aptamers targeting viral proteins and viral invasion mechanisms. In addition, we give an overview of aptamers developed against viruses. We also discuss the major hurdles in aptamer use, as well as the strategies to improve the drug potential of aptamers.

Antibiotics were firstly used for the treatment of critical infections in the 1940s. They could save patients’ lives and increased life spans by improving the outcome of serious infections. Antibiotics are the most commonly used drugs in a healthcare environment. However, antibiotics are not correctly prescribed, due to improper antibiotic selection, not suitable dosing, inappropriate treatment duration, and wrong treatment in nonbacterial conditions. Consequently, the rapid emergence of resistant bacteria occurs worldwide because they could adapt and compete with environmental stress. There are 4 primary mechanisms of resistance to counter the antibiotics: (i) modification of the target, (ii) enzymatic inhibition of the antibiotics, (iii) active efflux of the antibiotics, and (iv) changing membrane permeability. Carbapenem-resistant Pseudomonas aeruginosa (CR-PA), CR Acinetobacter baumannii (CR-AB), and CR Enterobacteriaceae were declared by World Health Organization (WHO) as the three most important pathogens that pose the greatest threat to human health. Moreover, they are also multidrug-resistant (MDR) and usually resist almost all of the most effective antibiotics, including carbapenem and fourthgeneration cephalosporin. There is an urgent need to develop new strategies to combat antibiotic resistance and preserve the existing antibiotics. Numerous approaches, including host-directed, antibiotic-adjuvant combination, and antibiotic-antibiotic combination therapy, have been put forward to bring about antibiotic efficacy against MDR pathogens.

The incidence and severity of diarrhea associated with Clostridioides difficile increased exponentially worldwide until 2004. But during the last few years, a downward trend has been observed globally, except in some European countries and Asia.

Until recently, C. difficile was the primary cause of nosocomial infection following antibiotic exposure, presenting a high rate of mortality and morbidity. However, the emergence and spread of a hypervirulent strain (BI/NAP1/027) and an increase in the incidence of community-acquired C. difficile infection (CDI), especially in populations not previously considered at high risk, have contributed to alterations in the infection epidemiology. After initial treatment with broad-spectrum antibiotics, CDI recurrence is the cause of substantial morbidity, indicating that alternative strategies to the usual therapeutics are urgently needed. Several studies have investigated probiotics to assess their preventative and/or prophylactic effects on CDI, but their use is still controversial. Other anti-infective alternatives, such as bacteriocins and phage therapy, appear as promising answers for CDI treatment. This review explores the current therapy approaches and the advances in searching for alternative solutions to inhibit the opportunistic pathogen C. difficile.

Toxoplasma gondii, an apicomplexan protozoan that is considered an opportunistic parasite of medical and veterinary interest, causes toxoplasmosis, which may be asymptomatic in the immunocompetent host, while fatal in the immunocompromised patient. A combination of pyrimethamine-sulfadiazine is the treatment of choice; nevertheless, these two drugs produce severe side effects and are only effective against acute toxoplasmosis, hence, less toxic novel compounds with anti-toxoplasma activity are greatly needed. Natural compounds seem to be a promising source to identify lead compounds against T. gondii. In this review, the in vitro and in vivo activities of extracts, fractions, and isolated compounds obtained from different plants are described. In addition, some biological and pathological generalities of the parasite are reviewed as well. Data were obtained from a bibliographic search throughout digital faculty libraries, Google Scholar search engine, Science Direct, SciELO databases, and the National Center for Biotechnology Information (NCBI). Founded records include the evaluation of 58 extracts, 14 fractions, and 7 compounds belonging to 53 species of 33 plant families. Predominant studies were made on in vivo RH T. gondii tachyzoites strain and very few in in vivo models of both acute and chronic toxoplasmosis. Research of natural compounds against T. gondii deserves more attention in order to identify novel drugs useful in the control of toxoplasmosis.

Development of Antimalarial and Antileishmanial Drugs from Amazonian Biodiversity

The search for therapeutic alternatives for the treatment of malaria and leishmaniasis is particularly important, given the increase in parasitic resistance to available drugs, as well as the high toxicity of those drugs. In this context, the Amazon region can make an important contribution through its high biodiversity of plants, many of which are informally used by local populations for the treatment of malaria, and leishmaniasis. This chapter aims to describe the main Amazonian species used to treat malaria and leishmaniasis in Brazilian folk medicine, relating ethnobotanical results to chemical studies, evaluation of activities, and toxicity. Different studies report the treatment of malaria with plants, with the most cited species being Aspidosperma nitidum Benth. (Apocynaceae); Geissospermum sericeum (Sagot.) Benth & Hook (Apocynaceae); Euterpe precatoria Mart. (Arecaceae); Persea americana Mill (Lauraceae); Bertholletia excelsa Bonpl (Lecythidaceae); Portulaca pilosa L. (Portulaceae); Ampelozizyphus amazonicus Ducke (Rhamnaceae). Additionally, traditional Amazonian populations use plants for the treatment of wounds, a clinical aspect associated with leishmaniasis, with the most cited genus being Copaiba and Jatropha. The antileishmanial activity of copaiba oil has been demonstrated, and it seems that this activity is related to terpenes. Another genus that deserves attention is Musa, used for the treatment of severe wounds. The leishmanicidal activity of triterpenes isolated from Musa paradisiaca and its anacardic acid and synthetic derivatives, which have been used against Leishmania infantum chagasi, was also tested. In summary, several isolated compounds of plants used in traditional Amazonian medicine are promising as antimalarial and antileishmanial drugs.

Frontiers in Clinical Drug Research &amp;ndash; Anti infectives is a book series that brings updated reviews to readers interested in learning about advances in the development of pharmaceutical agents for the treatment of infectious diseases. The scope of the book series covers a range of topics including the chemistry, pharmacology, molecular biology and biochemistry of natural and synthetic drugs employed in the treatment of infectious diseases. Reviews in this series also include research on multi drug resistance and pre-clinical / clinical findings on novel antibiotics, vaccines, antifungal agents and antitubercular agents. Frontiers in Clinical Drug Research &amp;ndash; Anti infectives is a valuable resource for pharmaceutical scientists and postgraduate students seeking updated and critically important information for developing clinical trials and devising research plans in the field of anti infective drug discovery and epidemiology. &amp;lt;/p&amp;gt; The seventh volume of this series features these interesting reviews: &amp;lt;/p&amp;gt; - Nucleic acid and peptide aptamers as potential antiviral drugs &amp;lt;/p&amp;gt; - Host-directed, antibiotic-adjuvant combination, and antibiotic-antibiotic combinations for treating multidrug-resistant (mdr) gram-negative pathogens &amp;lt;/p&amp;gt; - Bioactive substances as anti-infective strategies against clostridioides difficile &amp;lt;/p&amp;gt; - Anti-toxoplasma drug discovery and natural products: a brief overview &amp;lt;/p&amp;gt; - Development of antimalarial and antileishmanial drugs from amazonian biodiversity