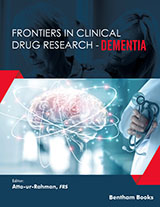 Falls and hip fractures are common conditions among older people with Alzheimer’s disease (AD) and are associated with high risk of morbidity and mortality. People with AD have up to an 8-fold increased risk of falling and 3-fold higher risk of hip fractures, compared with those who are cognitively intact. The increased risk of hip fractures among people with dementia may occur through a few pathways, including (a) risk factors that are common to both conditions, (b) the presence of dementia increasing incidence of hip fracture through intermediate risk factors such as falls and osteoporosis, and (c) side effects of treatment used in AD increasing hip fracture risk. A better understanding of these mechanisms and their effects on outcomes after hip fracture will assist in developing effective interventions and improving preventive strategies. Population aging heightens the need to recognize the interactions of these conditions in order to improve efforts to prevent hip fractures, improve outcomes through high-quality acute care and rehabilitation that returns patients to premorbid level of functioning, and provide evidence-based secondary prevention of falls or fragility fractures. Acute care of hip fractures focusing on orthogeriatric comanagement has been shown to reduce length of hospital stay, perioperative complications including delirium, readmission rate and premature mortality. Secondary prevention of falls and further fractures is essential by ensuring risk factors for falling are addressed and osteoporosis is treated. New experimental approaches are being investigated to manage osteoporosis through surgical approaches in people with extremely high risk of recurrent hip fractures.

Cholesterol in Brain Health and Pathologies: The Role in Alzheimer’s Disease

Cholesterol is the molecule essential for life, but also with a possible detrimental role. Apart from being a vital structural constituent of the cells, cholesterol is a factor involved in many important cell processes. However, it has been known that high blood cholesterol is associated with many pathological conditions. An elevated level of cholesterol is linked with cardiovascular disease, diabetes and neurodegenerative disorders. Almost quarter of the total cholesterol in the body resides in the brain. This vast pool is synthesized in situ and it is almost completely isolated and independent from the periphery due to the presence of blood-brain barrier. In the central nervous system, cholesterol plays important role in neural cells structure and functions, including synaptic transmission. Due to this, its content must be precisely maintained in order to keep brain function well. However, cholesterol is critically challenged in the aging brain and disturbed in several of pathological conditions, like Huntington’s disease (HD), Parkinson’s disease (PD), Niemann-Pick type C (NPC) disease and Smith-Lemli Opitz syndrome (SLOS), traumatic brain injury, multiple sclerosis (MS) and in Alzheimer’s disease (AD). Altered cholesterol metabolism has been extensively implicated in the pathogenesis of AD. A growing amount of evidence underscores the link between disturbed intracellular trafficking of cholesterol in the brain and the formation of amyloid plaques. The inheritance of the epsilon4 allele of the Apolipoprotein E (ApoE), the main transport protein for cholesterol in the brain represents the main risk factor for late onset form of Alzheimer’s disease. Other genetic polymorphisms associated with critical points in cholesterol metabolism may also contribute to the AD pathogenesis. Hypercholesterolemia has been considered nowadays also as a risk factor, and all of these players are thought to promote the production of beta-amyloid and development of AD. Additional proof towards cholesterol involvement in the pathogenesis of AD gave epidemiological data of the cholesterol-lowering drugs, statins that have been shown to decrease the risk for AD. This chapter is aimed to summarize existing knowledge about the brain cholesterol metabolism, how the homeostasis is changed during aging and in various neurodegenerative diseases, with special emphasis on Alzheimer’s disease. As a final point, we will try to give a full insight into the environmental influences (including dietary restriction and statins therapy) on brain cholesterol homeostasis.

Advances in Treatment of Mild Cognitive Impairment (MCI) and Dementia: A Review of Promising Non-pharmaceutical Modalities

Alzheimer's disease is a neurodegenerative disorder that results in a loss of memory, cognitive problems, and personality change. The frequency of this disease is increasing rapidly due to the aging world population. Every year, more people are exposed to this age-related disorder. It is expected that the number of individuals diagnosed with Alzheimer’s disease would increase to 100 million by 2050. The treatment of Alzheimer’s disease costs more than $200 billion annually in the US and this cost will possibly grow to $1 trillion annually by 2050. There are two categories of drugs used for the treatment of Alzheimer's disease; while the first category attempts to treat the symptoms of the disease (such as rivastigmine, galantamine, and donepezil), the second category focuses on the specific site or physiological factor of the disease. Still, there are attempts to develop new therapies to prevent, defer, slow down the progress, or ameliorate the symptoms of this disease. Spectrophotometric, chromatographic, and electrochemical methods have proven to be sensitive and reliable for the determination of numerous compounds. In this chapter, recent advances in different analysis methods of various Alzheimer’s disease drugs are summarized. Finally, this chapter aims to explore the advantages of methods as well as highlight the future perspectives of these methods in assaying Alzheimer drugs in pharmaceutical and biological samples.

Neurodegenerative diseases have been known to exist in the human population for a long time, yet most of them do not have a cure even until now. With the recent surge of nanotechnology and its applications to physiology as nanomedicine, a new hope for a better future has been offered. Nanomedicine has opened up many areas of further research that can lead us to a probable cure for these diseases. This review particularly focuses on Alzheimer’s disease (AD), which is a progressive neurodegenerative disorder. AD primarily affects the cerebral cortex in the forebrain and the hippocampus in the midbrain. According to the World Alzheimer’s report, there are 46.8 million AD patients worldwide as of 2016 with a high probability of this statistic becoming double in the next two decades. For understanding this crucial situation, studying the pathology of AD, and recent advancements in the treatment of AD, specifically through nanomedicine becomes extremely important. Through this review, we intend to explore all the relevant aspects in relation to nanotechnological advancements for the treatment of Alzheimer’s disease.

Alzheimer's disease (AD) is an irreversible and progressive neurodegenerative disease, the manifestation of which primarily leads to progressive dementia and ultimately results in death. Currently, 5.5 million people are afflicted with this disease in the USA alone while 50 million are suffering from this disease across the world. The disease is recognised by two pathological markers viz. senile plaques and neurofibrillary tangles (NFT). About 50% of the population beyond the age group of over 85 years exhibit symptoms of AD since the majority of cases of AD are sporadic or idiopathic and only 5-10 percent cases are genetic. At present, there is no effective treatment for this disease and most of the drug trials used to control or stop the disease have failed as they are directed to target symptoms and not the cause of the disease. The therapeutic agents that are most commonly used for AD include cholinesterase inhibitors (CI), which enhance cholinergic neurotransmission. Diagnosis of AD still poses a significant challenge regarding the lack of information about the manifestation as well as the status viz. progression of this disease. However, there is enough optimism to believe that we will soon be able to develop biomarkers which would help us to accurately detect the progression of the disease. Therefore, the present chapter will provide an extensive overview of the disease and focus on possible ways to develop and formulate effective strategies to control this dreadful disease. The purpose of this citation is to guide researchers and personnel associated with pharmaceutical sciences into a new domain of investigations. This paper depicts the present scenario and projects the future challenges posed by Alzheimer’s disease.

Exposure to metals including copper, zinc, aluminum, and iron ions occurs inevitably. Any disturbance in metal homeostasis develops diseases and abnormalities. Metal ions undergo an electric charge balance via gaining or losing electrons from surrounded biomolecules. They bind to amyloid fibrils or tau proteins in the brain in a way that links to the development of neurodegenerative diseases including Alzheimer's disease (AD). For several decades, scientists have been exploring possible links between metals imbalance and AD. However, very little is known about the exact mechanisms governing the links of metals to AD. This book chapter summarizes recent thoughts in the research studies that focus on the links between metals and AD. Most of the current results suggested that metal binding to amyloid binds affects the architecture of the protein fibrils and rate of propagation.

<p></p> Frontiers in Clinical Drug Research - Dementia is a book series which presents comprehensive reviews about research on Dementia, - the loss of brain function associated with Alzheimer’s disease and other related medical conditions. The disease affects the parts of the brain that deal with memory, thought, and language. Chapters in each volume focus on drug research with special emphasis on clinical trials, research on drugs in advanced stages of development and cure for dementia and related disorders. <p></p> This volume includes the following reviews: <p></p> - Meeting the Challenges of Falls and Hip Fractures in People with Alzheimer’s Disease <p></p> - Cholesterol in Brain Health and Pathologies <p></p> - Advances in the Treatment of Mild Cognitive Impairment (MCI) and Dementia <p></p> - Analytical Methods in Alzheimer’s Disease Drug Discovery <p></p> - Targeting Alzheimer’s Disease through Nanomedicine <p></p> - Current Challenges in Alzheimer’s Disease Research <p></p> - Metals Linked to Alzheimer's Disease <p></p>