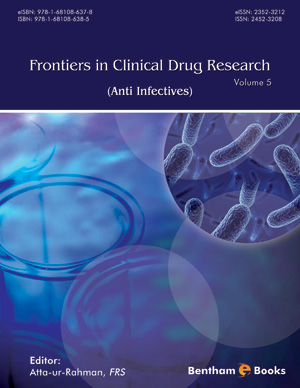 Since the discovery of penicillin in 1928, microbial natural products have been exploited as an unexhausted resource for biodiscovery by the pharmaceutical industry. Unlike primary metabolites such as amino acids, carbohydrates and fatty acids that maintain function and utilized for the growth of an organism; secondary metabolites are specific to its producer but not essential for survival. However, the structural complexity of these natural products is closely linked to the ecological role of the producing organism that supports their survival in their niche. Sessile or slowmoving organisms thus rely more heavily on bioactive secondary metabolites, which act as defences, antimicrobials, allelochemicals, signalling molecules, UV protectants or feeding deterrents, thus often form symbiotic associations with microorganisms that produce such metabolites. Technological advancements and the advent of new tools such as nuclear magnetic resonance (NMR) and mass spectrometry (MS) have enhanced our understanding of the bioactivity of these natural products and aided the discovery of numerous biologically active lead structures, drug candidates, and drugs to treat various diseases. This chapter will thus overview the microbiological and chemical techniques currently used to maximize the discovery of new bioactive compounds in particular, the ones from marine actinomycetes that might be further exploited for their potential as novel and potent drug candidates.

Recognition of the microbial component of human physiology has gained attention in recent years. Several discoveries in different medical disciplines about the participation of commensal microorganisms, broadly known as the microbiota, have guided both basic research and the development of novel therapeutic strategies. In parallel, the broad use of antibiotics has directly impacted microbiota composition with collateral effects, such as the emergence of antibiotic-associated diarrheas (AADs), with the best example being intestinal infection with Clostridium difficile. An ancient Chinese methodology called “fecal microbiota transplantation (FMT)” – referred to here as “gut microbiota transplantation (GMT)” – is currently being used around the world with impressive success against recurrent C. difficile infections (CDIs). This success has inspired several investigators to test this microbiota-based therapy in other conditions, including non-infectious diseases. We introduce this chapter with a review on the main microbiota effects on human health and the immune system. Then, a comprehensive discussion of GMT is provided including the pathogenesis of CDI, GMT history, methodology and ethical aspects, followed by a review of clinical and experimental studies on the therapeutic effects and mechanisms of GMT against recurrent CDI. Finally, GMT testing in other conditions is discussed.

Historically, infectious diseases has been a major threat to human and other animals health and an important cause of morbidity and mortality. The introduction of antimicrobials in the first half of the twentieth century revolutionized medicine by substantially reducing morbidity and mortality rates from infectious diseases. Nevertheless, it was soon observed that bacteria could become resistant to antimicrobials, and resistant strains emerged shortly after the introduction of every new antimicrobial drug. Unfortunately, resistance is a natural and unavoidable consequence of antimicrobial use. For this reason, new antimicrobials are urgently needed, but so are additional approaches to protect the value of available antimicrobials. The discovery of a new antimicrobial is not an easy task where the scene is further complicated by a variety of interacting factors. In order to eliminate the spread of antimicrobial resistance, firstly, the inappropriate use should be reduced both in human and veterinary applications and alternative approaches should be considered. Until now, many alternatives, including plant-derived compounds, bacteriophages and phage lysins, probiotics, and into antimicrobial peptides from a variety of sources have been tested especially against resistant strains. These approaches are currently lacking in antimicrobial management, meanwhile, they have demonstrated considerable potential for application in other diseases. The review presents an insight into antimicrobials, particularly direct-food microbial, as well as other alternative products such as plant-derived compounds, bacteriophages and phage lysins, and antimicrobial peptides along with other alternative products, including novel approaches applicable to the field.

The currently available antimicrobial drugs against pathogenic microorganisms are inadequate to cope with the challenges of the newly emerging multidrug-resistant (MDR) pathogens. Other shortcomings include their partial absorption in the blood system accompanied with gastrointestinal problems such as vomiting, nausea and diarrhea. To overcome these limitations, an alternate therapeutic approach has to be developed through a combinatorial approach of antimicrobial agents with nanomaterials called “nanoantibiotics”. Several research groups have already focused on the development of novel nanoantibiotics (nAbts) that will be efficient with better pharmacokinetic profiles and fast absorption in the blood system. The nAbts will open up new avenues in drug research, but ample work is needed on its development for industrial applications. In the current chapter, we will explain the current status of different nAbts loaded systems, their release mechanisms, key targets, formulations and mode of action. We will also describe the important features of nAbts such as size, surface charge, hydrophobicity/philicity, biofilm formation, stimuli-receptive and functionalization against MDR pathogens.

Cranberry Juice and Other Functional Foods in Urinary Tract Infections in Women: A Review of Actual Evidence and Main Challenges

An urinary tract infection (UTI) is defined as the presence of signs and symptoms caused by a pathogenic external agent, which can be of viral or bacterial origin, and the most common bacterial agent is E. coli. An UTI can affect upper or lower urinary tract. Signs and symptoms could include, but are not limited to: dysuria, urinary urgency and frequency, sensation of bladder fullness, lower abdominal discomfort, suprapubic tenderness, flank pain, costovertebral angle tenderness, bloody urine, fevers, chills, and malaise. UTIs are the most common infections seen in medical practice in women of reproductive age and adults in general. Most UTI are caused by enterobacteriaceae such as Escherichia Coli, which is a gram-negative bacterium present in 80% of these infections. The presence of fimbriae in some strains determines its ability to colonize the urethra and migrate to the bladder. The antibiotic resistant genes of this bacterium have resulted in the need to search for alternatives to antibiotic therapy, which has become less effective due to misuse and abuse, and it is now a major worldwide problem. Several nutrients have been associated with better urinary health, mainly vitamin C, probiotics and flavonoids. Some studies have shown that frequent consumption of yogurt with probiotics and fruit juices rich in vitamin C decrease the recurrence of UTI in women. Vitamin C and flavonoids are considered non-enzymatic antioxidants that slow down the production of free radicals and oxidation, thus strengthening the immune system. The flavonoids in cranberries have a deleterious effect on E. Coli fimbriae, causing the bacteria to lose its grip. Diet and nutritional status, especially regarding the consumption of certain antioxidants, have a particularly strong relationship with urinary function and health. These findings may lead to defining programs for nutritional and dietary monitoring which could improve health and nutritional prognosis for women and their newborns, as well as prevent obstetric complications from Urinary Tract Infection. The primary objective of this review is to analyze the most conclusive evidence about the effectiveness of these options and to integrate other alternatives in future treatment that can fight against antimicrobial resistance and impact on morbidity, mortality and health cost.

The emergence of Multi-Drug Resistance (MDR) in treating Tuberculosis (TB) has been led by the unnecessary overconsumption of anti tubercular drugs. MDR being a multifactorial phenomenon is governed by many unknown mechanisms, hence dissecting novel mechanisms for combating MDR is urgently needed. The success of pathogenic Mycobacterium tuberculosis (Mtb) as a dreadful pathogen is due to its capability to persist in chronic infection, despite of the robust immune response by the host. During the course of infection, Mtb resides inside the host macrophages which in turn provide a relatively hostile environment to the pathogen. This host pathogen interaction causes the macrophages to undergo maturation, leading to lowering of pH and limiting nutrients, including magnesium (Mg2+). Since Mg2+ is the most abundant divalent cation in living cells it is mandatory for all organisms to maintain its physiological levels to an optimum concentration. Mg2+ has a critical role in stabilizing membranes, ribosomes, required as a cofactor in various enzymatic reactions and the neutralization of nucleic acids. Thus harnessing the Mg2+ dependent pathways in Mtb could be targeted as effective anti-TB strategy. This chapter helps in gaining insights into the association of Mg2+ in survival of Mtb and how it can be exploited as potential anti-mycobacterial drug targets.

Frontiers in Clinical Drug Research &ndash; Anti infectives is a book series that brings updated reviews to readers interested in learning about advances in the development of pharmaceutical agents for the treatment of infectious diseases. The scope of the book series covers a range of topics including the chemistry, pharmacology, molecular biology and biochemistry of natural and synthetic drugs employed in the treatment of infectious diseases. Reviews in this series also include research on multi drug resistance and pre-clinical / clinical findings on novel antibiotics, vaccines, antifungal agents and antitubercular agents.Frontiers in Clinical Drug Research &ndash; Anti infectives is a valuable resource for pharmaceutical scientists and postgraduate students seeking updated and critically important information for developing clinical trials and devising research plans in the field of anti infective drug discovery and epidemiology. &lt;/p&gt;&lt;p&gt; The fifth volume of this series features six reviews: &lt;/p&gt;&lt;p&gt; - Integrated Approaches for Marine Actinomycete Biodiscovery &lt;/p&gt;&lt;p&gt; - Therapeutic Use of Commensal Microbes: Fecal/Gut Microbiota Transplantation &lt;/p&gt;&lt;p&gt; - Alternative Approaches to Antimicrobials &lt;/p&gt;&lt;p&gt; - Nanoantibiotics: Recent Developments and Future &lt;/p&gt;&lt;p&gt; - Cranberry Juice and Other Functional Foods in Urinary Tract Infections in Women: A Review of Actual Evidence and Main Challenges &lt;/p&gt;&lt;p&gt; - Targeting Magnesium Homeostasis as Potential Anti-Infective Strategy Against Mycobacteria