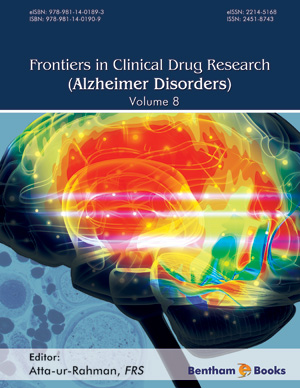 Neurodegenerative diseases (NDDs) are heterogeneous group of disorders that lately become among the most life-threatening disorders affecting the elderly people. The neurodegenerative disorders that are collectively grouped under the term of tauopathies are featured by the presence of abundant neurofibrillary lesions made by accumulation of abnormal hyperphosphorylated microtubule associated protein tau inside the neurons and/or glial cells. Undoubtedly, tau protein plays a fundamental role in axonal microtubule network stabilization however, the flexible unfolded structure of tau enables modification of tau by several intracellular enzymes which in turn extends tau function and interaction spectrum. The distinctive characteristics of tau protein alongside the essential role of tau interaction partners in the development and progression of neuronal neurodegeneration suggest tau and its binding partners as potential drug targets for the treatment of neurodegenerative diseases. This chapter aims to discuss interaction between mitochondria and tau, and the key molecular players that interfere with tau proteins in physiological and pathological conditions. We outline the putative molecular targets and address the mitochondrial critical role based on research efforts that previously identify their influence on diseases models. Taken together, no solitary player would trigger the whole pathogenic pathway, we attempted to give a detailed description of structure, functions and interactions of tau protein in order to provide insight into potential therapeutic targets for treatment of tauopathies.

The Therapy of Alzheimer’s Disease: Towards a New Generation of Drugs

The treatment of neurodegenerative diseases is one of the most urgent challenges for pharmaceutical industry and public institutions. Alzheimer’s disease (AD), in particular, is a severe age-dependent dementia, currently affecting 44.4 million people worldwide, and this number is estimated to rise to 131.5 million in 2050.

Only a few drugs are currently available for AD therapy, but these molecules are just able to temporarily improve the symptoms of the patients. Recently, important advancements have been achieved about the knowledge of this complex disease, even if, unfortunately, every attempt to obtain new efficient drugs for its therapy has failed.

Following the theory of the multifactorial origin of the disease, in the last decade, researchers mainly focused on the development of multi-target agents, acting on the classical features recognized as important against the onset of AD, such as NMDA receptor antagonism, inhibition of cholinesterases (ChEs) and beta-Secretase (BACE), as well as inhibition of beta amyloid peptide (Aβ) aggregation and antioxidant activity.

More recently, the modulation of dyshomeostasis of metal ions (i.e. copper, zinc and iron) in the AD patient brains, has been proposed as a disease-modifying therapeutic (DMT) strategy, due to their involvement in Aβ aggregation and in the formation of Reactive Oxygen Species (ROS). Noteworthy is the role of Peroxisome Proliferator- Activated Receptors (PPARs) in the onset of neurodegenerative diseases as well. PPARα expression levels have been reported to significantly decline in central nervous system (CNS) during the aging process. PPARγ, instead, is reported to have a neuroprotective effect, with a different mechanism that influences the Aβ precursor protein (APP) cleavage and the inflammatory response. The overexpression of certain types of ApoE also seems to increase the risk of developing AD. Therefore, the modulation of both PPAR subtypes seems to be a new interesting target to be explored.

Other innovative targets as well are currently studied to find the final breakthrough for the therapy of AD: a number of years have passed since the approval of the last active drug in the treatment of this pathology and people now need a new hope.

Could Antibiotics Be Therapeutic Agents in Alzheimer’s Disease?

Alzheimer´s disease (AD) is an irreversible neurodegenerative disorder and one of the main aging-dependent maladies of the 21st century. Around 46 million people suffer from AD worldwide and this is projected to double within the next 20 years. Due to the progressive aging of the population and the prediction of an increase in the incidence of this disease, AD constitutes a serious familial and social health problem. Therefore, it is necessary to find new therapeutic strategies which are aimed to prevent, delay the onset, slow the progression and/or improve the symptoms of AD. Currently, the research is focused on finding and identifying new drugs for achieving these goals.

In this chapter of the book, we widely review the neuroprotective role that some antibiotics could play in AD, because these drugs reach the brain quickly and are relatively inexpensive. Likewise, we have found evidence in both in vitro and in vivo studies and also in some clinical trials. In summary, all the reviewed antibiotics exert neuroprotection because they act on the main pathophysiological features of AD. Nevertheless, it must be taken into account that a long-term treatment with antibiotics could cause adverse effects including antibiotic resistance. Thus, properly clinical trials should be carried out in order to corroborate benefits of these antibiotics in people with AD.

Use of Antipsychotics in Patients with Alzheimer’s Disease

Psychosis is a common and difficult to treat symptom in Alzheimer’s disease (AD) patients. For the treatment of psychosis symptom and disruptive behaviors in AD patients, antipsychotics (APs) have been recommended. In this chapter, we reviewed clinical studies with AD patients who were treated by either firstor second-generation antipsychotics (FGAs or SGAs). FGAs showed overall disappointing results in elderly dementia patients, while adverse events occurred frequently, especially motor side effects, sedation, and cognitive impairment. SGAs offer an advance for the management of aggression and psychosis in the context of dementia. Although some of previous studies reported higher mortality in AD patients treated with SGAs, the others described no risks of mortality, even protective effects of them in AD patients. Preclinical studies indicate that early, low-dose and long-term administration of some SGAs may improve behavioral symptoms in various animal models of AD while attenuating pathological changes in the brain. The protective effects are achieved through inhibiting the pathological processes of oxidative stress and neuroinflammation of AD, in addition to the neurotrophic action of SGAs. All these protective actions can be hardly explained by the differential affinities of SGAs to multiple neurotransmitter receptors in the brain. Further studies are required to elucidate the molecular basis of these actions.

Alzheimer’s disease (AD) is a progressive and fatal neurodegenerative disease which deteriorates a person's ability to perform daily activities, leading to various neuropsychiatric symptoms and behavioral disorders in later stages of the disease. The pathophysiology of AD is complex. Biochemical studies indicate that some neuromediator levels, especially acetylcholine, are reduced in the brain cortex. Loss of neurons and axons associated with the onset of the disease causes lower levels of acetylcholine release and it is more difficult to maintain the continuity of nerve conduction in low concentration neurotransmitter levels. This has led to the introduction of a “cholinergic hypothesis” that emphasizes the importance of acetylcholine deficiency in the development of the symptoms of the disease. As the (AChE) and (BChE) enzymes from the serine hydrolases which perform the hydrolysis process of acetylcholine (ACh), the inhibition of these enzymes is an important method of raising the level of acetylcholine. Studies indicate that increases in acetylcholine levels due to acetylcholine esterase inhibition may improve cognitive impairment in the early stages of AD.

Given the alarming increase in the Alzheimer's Disease (AD) related costs and the number of patients, significant importance of the research of dementia in elderly people is represented by the early detection of dementia signs and identifying ways to slow down the cognitive decline that should be done by the entire medical community, not only by specialists in psychiatry, neurology and geriatrics. An integrated, multidisciplinary approach can only be achieved by recognizing some clinical-biological parameters that may represent an early signal for a potential onset of AD, or that may speed up the cognitive impairment. Dysfunctional neurobiochemical mechanisms in AD engaging in multimodal pathogenic processes of cognitive impairment, are correlated with the presence of clinical, imaging or biological markers. Identifying risk factors for the progression of cognitive impairment in AD will bring significant improvement in primary and secondary prophylaxis in late-onset AD with improved quality of patient life and a significant decrease in the cost of care associated with this pathology. The patient's assessment should consider multiple somatic comorbidities, associated with cognitive impairment: neurobiochemical vulnerabilities (acetylcholine, dopamine, serotonin and noradrenaline deficiency), traumatic brain injury, disruption of the blood brain barrier, insomnia, depression, cardiovascular diseases, diabetes, hepatic steatosis, infectious pathology. The etiology of late-onset AD and the rapid progression of cognitive decline are complex, multifactorial and incomprehensible, the genetic component is less involved, and is a real challenge for research on the pathology of cognitive impairment. These considerations make it difficult to diagnose early and develop effective therapeutic strategies.

Frontiers in Clinical Drug Research - Alzheimer Disorders is a book series concerned with Alzheimer's disease (AD), a disease that causes dementia, or loss of brain function. This disease affects parts of the brain that affect memory, thought and language. Chapters in each volume focus on drug research with special emphasis on clinical trials, research on drugs in advanced stages of development and cure for Alzheimer’s disease and related disorders. </p> <p> Frontiers in Clinical Drug Research - Alzheimer Disorders will be of particular interest to readers interested in drug therapy of this specific neurodegenerative condition and related brain disorders as the series provides relevant reviews written by experts in the field of Alzheimer’s disease research. </p> <p> The eighth volume of this series features chapters covering critical discussions on new therapies for AD. The reviews in this volume include: </p> <p> - Novel Molecular Targets of Tauopathy; Therapeutic and Diagnostic Applications </p> <p> - The Therapy of Alzheimer’s Disease: Towards a New Generation of Drugs </p> <p> - Could Antibiotics Be Therapeutic Agents in Alzheimer’s Disease? </p> <p> - Use of Antipsychotics in Patients with Alzheimer’s Disease </p> <p> - Approaches Based on Cholinergic Hypothesis and Cholinesterase Inhibitors in the Treatment of Alzheimer's Disease </p> <p> - Potential Biological Mechanisms with Prophylactic Action in Rapid Cognitive Impairment in Late-Onset Alzheimer's Disease </p>