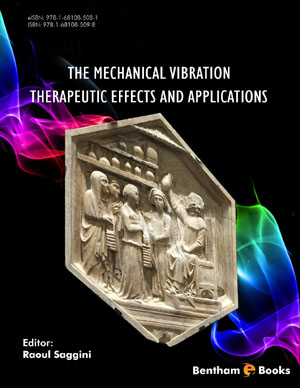 The Study of Vibrations: Mathematical Modelling and Classifications

The matter is made up of particles, firmly assembled, as in the solids, or rarefied, as in the gases. When a force acts on a particle it moves determining different physical phenomena depending on the different characteristics of that particle and the surrounding ones.-This model represents the action of a blast or a mechanical pulse, just one hit and the system can manage the supplied energy by damping and distributing it. Each system has a specific behavior, mainly depending on the frequency of the stressing force; if the system has a frequency of resonance whose value is close to the frequency of the stressing force, energy is stored in the system, movements of the particles become larger and, at the end of the energy supply, the system continues to oscillate, giving back the stored energy, implying that the longer the oscillation the lower is the damping. The vibration of a physical system can propagate the movement through a vibrational wave, generated by the application of external forces generating internal stress, strain and reaction, a disturbance that travels through a medium from one place to another like a wave. When the vibration is forced by a mechanical system, the stimulus can be applied in order to generate a different kind of vibration. In order to generate a vibration, it is necessary to apply an external force: however, the response of a mechanical system to an external force can vary not only depending on the nature of the stimulus, but also according to the composition of the system itself. The mathematical model of a vibration system may take the form of acoustic waves.

The mechanical vibration is the simplest and purest form of vibratory energy application in physical and rehabilitation medicine. After the first observations of the effects of vibrations, the scientific research has been directed to the identification of the molecular mechanisms that mediate signal trans-duction at the tissue level. Although these mechanisms are still not fully understood, and despite the adverse effects observed in subjects improperly exposed to vibratory sources for various reasons, during the last century, the mode of application of mechanical vibration has gradually evolved from whole-body to focal and mechano-acoustic forms, as much as the field of application has gradually expanded spreading from the initial skeletal and muscle applications to the current motor impairment conditions associated with the most common neurological diseases.

Ultrasound is a form of mechanical energy transmitted through and into biological tissues as an acoustic pressure wave at frequencies higher than that of the upper limit of human hearing, and it is used widely in medicine as a therapeutic, operative, and diagnostic tool. Therapeutic US has a frequency range of 0.75-3 MHz, with most machines set at a frequency of 1 or 3 MHz. Ultrasound can produce many effects other than just the potential heating effect, acting as a mechanotransduction, a complex biological process that involves the spatial and temporal orchestration of numerous cell types, hundreds if not thousands of genes, and the intricate organization of the extracellular matrix. The intensity or power density of the ultrasound can be adjusted depending on the desired effect and the target tissue.

After its originary introduction as urological lithotripsy (still clinically applied), shock wave progressively gained a growing therapeutic importance in some different medical fields. Initially restricted in many musculo-skeletal disorders, in more recent years, thanks to a better knowledge about its mechanisms of actions (mainly antiflogistic, angiogenic and analgesic), this particular form of mechanical vibration nowadays represents a real innovative and unexpected therapeutic tool at the service of rehabilitation and regenerative medicine. The effectiveness, safety and ductility of shock wave therapy make it a unique and versatile strategy with further promising therapeutic perspectives in the near future.

Life on Earth has evolved in a sea of natural electromagnetic fields. Electromagnetic waves show a biological interaction with living matter, even when they are so weak (as in the case of the so-called long radio waves, which have frequencies lower than 80 kHz) to have non-thermal effects, which seem to be both negative and positive, depending on the frequency and on the coupling with the geomagnetic field. Many studies report that exposure to man-made electromagnetic fields affects cellular and systemic function and metabolism, with risk for malignancy and pharmacological effects. Hence, the employment of low-frequency electromagnetic fields – especially pulsed electromagnetic fields – seems to be promising, having potential applications in biomedical engineering, biotechnology, biology, oncology, and regenerative medicine.