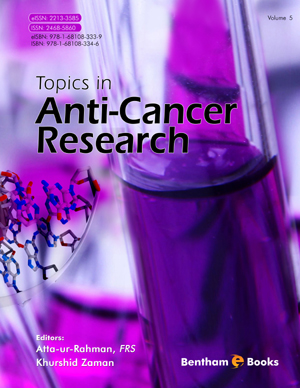 The microenvironment within a solid tumor is heterogeneous with regions being both acidic and hypoxic. As a result of this, cancer cells upregulate genes that allow survival in such environments. Some of these genes are pH regulatory factors, including carbonic anhydrase IX (CA IX) and in some cases XII (CA XII). CA IX helps to maintain normal cytoplasmic pH (pHi) while simultaneously contributing to the extracellular pH (pHe). CA XII is also thought to be responsible for stabilizing pHe at physiological conditions. Extracellular acidification of the tumor microenvironment promotes local invasion and metastasis while decreasing the effectiveness of adjuvant therapies, thus contributing to poor cancer clinical outcomes. In this review, we describe the properties of CA IX and CA XII that substantiate their potential use as anticancer targets. We also discuss the current status of CA isoform-selective inhibitor development and patents of CA IX/XII targeted inhibitors that show potential for treating aggressive tumors. Some of the recently published patents discussed include sulfonamide-based small molecule inhibitors including derivatives of boron cluster compounds; metal complexes of poly(carboxyl)amine-containing ligands; nitroimidazole-, ureidosulfonamide-, and coumarin-based compounds; as well as G250 and A610 monoclonal antibodies for cancer treatment.

Tumor homing peptides (THPs) are cyclic or linear peptides of few amino acids having inherent property to recognize the tumor cells, which specifically bind to the receptors present on the tumor cells, tumor blood vessels or tumor lymphatic vessels. These can be utilized as major tool for targeted drug delivery particularly to cancerous cells, hence these are important for efficient cancer treatment. The present chapter summarizes the recent progression in the researches, databases and patents available in the field of cancer therapies utilizing THPs. It elucidates details about THPs; their modes of functioning, the molecules these may translocate; different methods of entry into the cells as well as diverse uses like gene correction and targeting of various tissues. Screening of THPs from phage library, natural occurrence of THPs in bacteria like Salmonella, Pseudomonas and engineered baculovirus have also been explicated. The specificity of THPs can be further enhanced by blending these with amphipathic conjugates, whereas the penetrability may be improved by adding cysteine or maleimidohexanoic acid to their N-terminal. Their half-life can also be increased by adding unnatural amino acids and modifying backbone or cyclization of THPs. For diagnostic and therapeutic purposes, several THPs have already been entered in different stages of clinical trials. THPs could serve as an ideal futuristic approach for targeting tumors based on their higher specificity, improved penetrability and half-life, acting as efficient delivery cargos for anticancer drugs and large therapeutic molecules.

Most explored approaches to developing cell-based drug delivery systems (DDSs) are encapsulation of the drug into the cells, cell surface modification, genetic modification of cells to secrete desired therapeutic proteins, and generating new biosynthetic systems. Tumor-tropism of mesenchymal stem cells (MSCs), as demonstrated in many studies, can be coupled with appropriate engineering with anticancer genes to enable their employment in anticancer therapy. Furthermore, MSCs can be loaded with nanoparticles (NPs), providing transport across the blood-brain barrier and accumulation of anticancer agent at the tumor site. Another attractive cell type for DDS are dendritic cells (DC), monocytes and macrophages because of their ability to accumulate in large numbers at hypoxic sites of the tumors. To this moment, exosomes are very attractive and investigated cellular entities that are used to be loaded with RNA, proteins, or other small molecules, including anticancer agents. Some of the above-mentioned cells can also be used as membrane sources in the production of anticancer delivery systems. A number of recent research papers and patents in this field are evidence of the growing interest in cell-based DDSs. In this chapter, we summarize recent developments in the field, present a newly established methodology and approaches, give an overview of the recently published inventions (patent databases FPO and Delphion were searched to locate newly published patents: US20150079631, WO2015058148A1, US20160220613, etc.), and discuss further possible developments. Further expansion in this field is expected, although limitations in design and use of DDSs exist and must be overcome before these innovative formulations can reach clinical trials and marketing authorization.

This chapter consists of five sections. The first part analyzes the macro policies of Chinese anti-cancer drugs, sorts the existing policies and regulations in China and clarifies the main departments of Chinese domestic drug regulation.

The third part is the analysis of patent applications in foreign countries by Chinese applicants. Up to the retrieval date, Chinese applicants have a total of 4,036 invention patents in foreign countries. Since China's accession to the WTO, the amount of patent applications through the WIPO and EPO has increased rapidly. The United States is the most popular country for Chinese inventors. From the view of technical fields, patent applications in the field of A61K 31/00 (pharmaceutical preparations containing organic components) are the highest, up to 645 pieces. The top 10 of the International Patent Classification (IPC) accounts for 45% of the total applications. From the view of applicants, Roche Holding Ltd. is the most powerful company, occupying the leading position through their technical strength and number of patents. The patent applications of Medipharma SA are far ahead, but are relatively weak in strength. There is a large gap between these two companies and the other companies both in strength and the number of patents.

The fourth part is a case study. According to the statistics of GLOBOCAN, new liver cancer cases in China accounted for about 50% of cases (up to 782,000) in 2012. Based on the analysis of Chinese local anti-cancer drugs, the attention of Chinese inventors concerning liver cancer has increased in recent years. From the perspective of Chinese domestic patents, China's patent applications account for 74.6% of total applications, however important patents and core patents account for only 2%. The number of top 10 IPC patent applications is 2,430, accounting for 43% of the total. From the perspective of applicants, the applications of Fudan University and the Chinese Academy of Sciences are the highest, at 80 pieces each. The technical strength of the Chinese Academy of Sciences is the highest, while GlaxoSmithKline plc. is relatively weak. From the perspective of Chinese applicants in foreign countries, Chinese inventors contributed 738 pieces of patents for liver cancer drugs from 1985 to 2015. The United States, Japan, South Korea, Canada and Australia are the main countries where Chinese inventors apply for patents. The five countries account for 67.8% of the total patent applications. The patent applications of the top 10 IPCs is up to 371, accounting for 50.3% of the total. Among them, A61K 31/00 (pharmaceutical preparations containing effective organic components) is the key IPC. Hangzhou Bensheng Pharmaceutical Co., Ltd. has applied for 34 pieces of patents, located at the right end of the horizontal axis, indicating the patentee’s powerful technology.

Proteins are metabolic factors to perform biochemical functions. For proper protein function, these macromolecules must be in their properly folded-native states. Under stress, cells employ Heat Shock Proteins (Hsps) to overcome this folding problem. For this reason, Hsp proteins play essential roles in the metabolic processes. In cancer cells the situation is different than healthy cells. Since the metabolic rates of cancer cells are faster than that of healthy cells, cancer cells overexpress Hsps to rescue unfolded proteins to perform biochemical functions. Thus, several research groups have been focused on Hsps. This protein family consists of several members and interacts with several cell signaling proteins, kinases, and transcriptional factors. All these interactions provide key controlling points to inhibit cancer cells and drive them to apoptosis for therapeutic purposes. Different approaches on Hsp mechanism were employed for cancer cell inhibition either by interrupting Hsp90-apoptosis inhibitor protein interactions or by blocking Hsp90-proteasome function. In a similar way, topoisomerase-Hsp90 interaction was perturbed. Small molecules as well as peptides were employed to inhibit functions of Hsp70 and Hsp27. Several designs were performed and patented using Hsp cascade and this study summarizes the innovative patents in the area.

The fifth volume of this series entitled “Topics in Anti-Cancer Research” presents an overview of recent developments in the field of cancer. The topics covered include regulatory policies, cell based anticancer drug delivery systems, anticancer agents targeting heat shock proteins, and tumor homing peptides (THPs) for treatment of cancer.