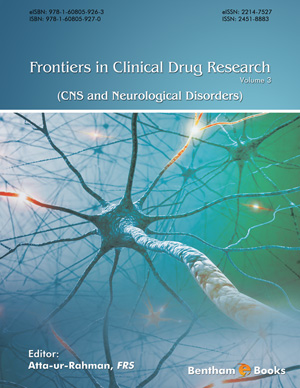 Tetrahydroprotoberberines (THPBs), active ingredients of a Chinese medicinal herb, are a series of compounds, mainly comprised of l-stepholidine (l-SPD), l-tetrahydropalmatine (l-THP), and tetrahydroberberine (THB). These compounds have been reported to target at dopamine (DA) receptors in both the nigrostriatal and mesocorticolimbic dopaminergic (DAergic) pathways, and may have a role in modulation of DA-associated diseases [1]. Recent studies have shown that the THPBs slow down the progression of neuronal degeneration in the substantia nigra compacta (SNc) of Parkinson disease (PD) patients and animal models of PD, while coadministration of THPBs and levodopa significantly reduces the motor symptoms of PD patients. Our recent new findings indicate that targeting at ATP-sensitive K+ (KATP) channels in SNc DA neurons can be a novel mechanism underlying THPBs’ neuroprotective effects. Therefore, THPBs might exhibit novel therapeutic potential for treatment of PD.

Neural stem cells (NSCs) are self-renewing cells that can differentiate into multiple neural lineages and repopulate regions of the brain after injury. Mesenchymal stem cells (MSCs) are multipotent stromal cells that could differentiate into a variety of cell types, including neuronal cells. Recently, repair of human central nervous system (CNS) has become a therapeutic approach that is under preclinical investigation for CNS neurodegenerative disorders (CNSnd). However, CNSnd differ in the types and groups of cells involved and in the clinical manifestations. Consequently, the cells used for the potential cellular therapies will depend upon the affected cell population. Theoretically, NSCs and MSCs have the potential to produce all cell types of the CNS under specific stimuli, but the molecular targets governing the maturation and the differentiation of specific neuronal populations are not yet well identified. Cannabinoids (CBs) by cannabinoid receptors (CB1 and CB2) and by CB related receptors as Peroxisome proliferator-activated receptor gamma (PPAR-γ) Transient Receptor Potential Vanilloid type 1 (TRPV1) and type 2 (TRPV2), were found to modulate neuronal functions including neurogenesis. The aim of this review is to highlight recent researches regarding CB receptors and CB related receptors, in the regulation of NSCs differentiation and their potential use in CNSnd stem cell-based therapies.

AMPA Receptor Antagonists for the Treatment of CNS Disorders: Antiepileptics and Beyond

The α-amino-3-hydroxy-5-methyl-4-isoxazole-propionic acid (AMPA) glutamate receptors mediate fast excitatory synaptic transmission in the central nervous system (CNS). Given the abundant expression and functional significance of these receptors, disruption of AMPA receptor-mediated activity has been implicated in the pathophysiology of a variety of CNS disorders. Although such disorders may represent putative therapeutic targets for AMPA receptor antagonists, pharmacological limitations have, historically, hampered the development of AMPA receptor antagonists and few, therefore, have reached clinical trials. One AMPA receptor antagonist which has successfully completed clinical development is the antiepileptic drug perampanel, identified from a focused research effort that used high-throughput screening procedures combined with structure-activity analyses to optimise lead compounds. Perampanel has a favourable pharmacokinetic profile and broad-spectrum anticonvulsant activity in several animal models, as well as consistent efficacy for the treatment of refractory partial-onset seizures in three Phase III registration studies. As a result, perampanel is the first antiepileptic drug approved in Europe, the USA, Canada, Switzerland and more than 30 other countries, to inhibit excitation of postsynaptic membranes through the selective inhibition of AMPA receptors. Here, we explore the contribution of AMPA receptors to the pathophysiology of CNS disorders, and use the discovery and development of perampanel as an example of an effective strategy to target AMPA receptors to address an unmet clinical need. Looking to the future, we also consider potential applications of AMPA receptor antagonists beyond the field of epilepsy.

Towards A Therapeutic Intervention in Polyglutamine Ataxias: From Models to Clinical Trials

The autosomal dominant (AD) forms of hereditary ataxias compose a heterogeneous group of diseases, in which cerebellar degeneration and dysfunction is consistently present. Polyglutamine (polyQ) ataxias are a subset of AD ataxias, comprising spinocerebellar ataxias (SCAs) 1, 2, 3, 6, 7 and 17, as well as dentatorubral-pallydoluysian atrophy (DRPLA), all caused by a CAG expansion in the coding region of the corresponding gene, leading to the formation of a pathological polyglutamine stretch. The pathogenic process underlying these disorders has been extensively investigated, but it remains incompletely understood; as a consequence, therapeutic targets have been difficult to identify. Models of polyQ SCAs have proven to be of great utility for the understanding of the underlying pathogenic processes; in particular, animal models mimicking the evolution of these diseases are considered to be of great utility in the evaluation of the efficacy of diseasemodifying compounds, before they can be translated into patient trials. In this chapter, we review the common mechanisms in polyQ ataxias pathogenesis and summarize the evidence provided by cell and animal models of SCAs concerning the potential benefits of several compounds which have been studied in a preclinical setup. A collection of the published data on clinical trials conducted so far in polyQ SCAs is presented and the main limitations currently imposed to trials in this group of disorders are discussed.

Nearly one third of patients with epilepsy have medically refractory seizures or drug related adverse effects. Of these, only around 33% have a surgically resectable focus. Dietary therapy is an effective alternative for children with refractory epilepsy, which results in upto 30-40% reduction in seizure frequency. The common modes of dietary therapy are ketogenic diet, modified Atkin’s diet and low glycemic index treatment. Enzymes active in metabolism of ketone bodies in the brain are expressed maximally in childhood and hence are useful in the pediatric population. Apart from ketonemia, secondary changes in brain energy and neurotransmitter dynamics also play a role in its antiepileptic effect. There are specific indications and contraindications for dietary therapy in epilepsy. The classical ketogenic diet is composed of fat to carbohydrate and protein ratio of 4:1 (in terms of weight in grams). Modified Atkins diet is more liberal with restriction in the composition of carbohydrate to not more than 20 grams per day. Low glycemic index treatment allows carbohydrate upto 60 grams per day using foods with glycemic index of less than 50. Various growth related, metabolic and systemic side effects are reported with this form of therapy. Screening prior to initiation and periodic surveillance on therapy is very important. Failure is labelled only if there is no response even after 12 weeks of therapy. Currently, dietary therapy is also being tried investigationally in other neurological conditions like migraine, brain tumour and autism.

The global epidemic indicates that one third of adults in the United States are obese and over 11% of these individuals have diabetes with the incidence of diabetes predicated to increase to 21% by 2050. In various continents, the rise in the global diabetes epidemic has been associated with the pathogenetic involvement of cell suicide in various organ diseases that are related to obesity, Type 2 diabetes and neurodegenerative diseases. Therapeutics to control and stabilize the severity of the metabolic syndrome and diabetes in various Western communities are required to prevent mental illness and early cellular senescence that is connected to the lifespan of diabetic individuals. The increased cell senescence in diabetes has been associated with the limited ability of cells to divide with indication of telomere shortening and genomic instability of cells that is connected to cell suicide. Diet and liver diseases are closely connected and are of central importance with aging and programmed cell death pathways. Nutritional therapy and appetite control have become of central importance to nutrigenomics as early nutritional therapy may assist genes to delay liver and brain diseases associated with diabetes, cancer and aging. Interests in the global epidemic in Type 2 diabetes have been associated with accelerated dementia and even with progression to Parkinson’s disease (PD) and Alzheimer’s disease (AD). Anti-aging therapies such as diet, exercise and selective drug therapy early in life may prevent calorie overload and activation of calorie sensitive genes Sirtuin 1 (Sirt 1) that control genotoxic stress in cardiovascular disease and diabetes that accelerates aging, PD and AD.

Frontiers in Clinical Drug Research - CNS and Neurological Disorders is an eBook series that brings updated reviews to readers interested in advances in the development of pharmaceutical agents for the treatment of central nervous system (CNS) and other nerve disorders. The scope of the eBook series covers a range of topics including the medicinal chemistry, pharmacology, molecular biology and biochemistry of contemporary molecular targets involved in neurological and CNS disorders. Reviews presented in the series are mainly focused on clinical and therapeutic aspects of novel drugs intended for these targets. Frontiers in Clinical Drug Research - CNS and Neurological Disorders is a valuable resource for pharmaceutical scientists and postgraduate students seeking updated and critical information for developing clinical trials and devising research plans in the field of neurology. The third volume of this series features six chapters that cover a variety of topics including: -the role of Potassium transport channels in neuroprotection against tetrahydroprotoberberines -cannabinoids in cell therapy for CNS disorders -AMPA Receptor Antagonists -therapeutic intervention in polyglutamine ataxias -nutritional therapies in neurology practice