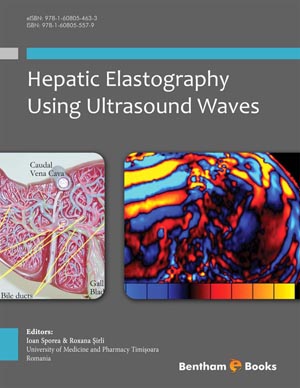 US is defined as acoustic waves with higher frequencies than those that can be detected by the human ear, ranging from about 20 kHz to several hundred MHz. Medical US typically uses waves ranging from 1 to 15 MHz. A typical US transducer employs an array of piezoelectric elements to generate short duration, broadband pulses. The array size determines the imaging system’s aperture. The same transducer also receives the backscattered signals which are then processed in order to obtain the US image of the explored region. Elasticity is the physical property of materials to return to their original shape after removing the force that caused the deformation. A complementary concept of elasticity is stiffness, which is a measure of the resistance opposed by an elastic material to deformation. Quantitative elastography is based on shear waves production, tracking and detection. Different elastography methods use different techniques for generating and tracking shear waves, but the stiffer the tissue is, the higher the shear wave velocity is. Also liver stiffness increases with the severity of fibrosis, since scaring tissue is less elastic than the normal liver parenchyma.

Transient Elastography (TE) is the first ultrasound-based method for fibrosis assessment, developed by Echosens (France). In order to obtain reliable liver stiffness (LS) measurements by means of TE, the manufacturer recommends that at least 10 valid shots should be obtained. They should have a success rate (SR: the ratio of valid shots to the total number of shots) of at least 60% and an interquartile range (IQR, the difference between the 75th percentile and the 25th percentile, essentially the range of the middle 50% of the data) less than 30% of the median LS value. TE fails if no valid shots can be obtained, and is unreliable if fewer than 10 valid shots are obtained. TE failure is correlated with the body mass index, increasing in obese patients. Also, unreliable results are obtained during aminotransferases flares that can lead to an overestimation of fibrosis. The LS upper limit in healthy subjects was estimated to be 5.3 kPa. Several meta-analyses assessed LS measurements by TE as a predictor of fibrosis, cut-offs for F≥2 ranging from 7.2-7.6 kPa and for F=4 from 12.5-17.3 kPa, according to the etiology of chronic liver disease. Several studies have been published regarding the value of TE for predicting the occurrence of cirrhosis complications. The AUROC’s for predicting clinically significant portal hypertension were 0.945 - 0.99, for cut-off values between 13.6 - 21 kPa, while for predicting esophageal bleeding the best cut-offs ranged between 50.7 – 62.7kPa, with AUROC’s 0.73-0.75.

ARFI elastography is a new method developed in the last 3 years for the noninvasive evaluation of liver fibrosis, integrated into a Siemens Acuson ultrasound system. Usually 10 valid measurements are performed in the right liver lobe, a median value is obtained and the result is expressed in meters/second. In patients with chronic hepatopathies, the AUROC’s for predicting significant fibrosis range between 0.75-0.85 and for predicting cirrhosis between 0.85-0.95, the diagnostic performances being better in patients with chronic hepatitis C. Most studies regarding ARFI were performed in patients with chronic viral hepatitis, but recently data regarding patients with nonalcoholic fatty-liver disease and post-transplant patients were published. To increase the accuracy of liver cirrhosis diagnosis, the spleen stiffness (SS) assessed by ARFI can be used. ARFI it is a reproducible method, the intraclass correlation coefficient for interand intraobserver measurements ranging from 0.81-0.87, better in patients with severe fibrosis and cirrhosis. Similar with Transient Elastography (TE), elevated levels of aminotransferases are associated with the increase of liver stiffness (LS) values assessed by ARFI. Even if the manufacturer did not recommended the use of technical parameters IQR (interquartile range interval) and SR (success rate) well-known from TE, published data proved that the accuracy of the method significantly increased with the use of these quality parameters. Regarding the prediction of liver cirrhosis complications, especially portal-hypertension, data regarding the usefulness of LS and/or SS are not so solid, but ARFI accuracy can be increased by combining different parameters.

Real-Time Elastography, developed by Hitachi, similar to acoustic radiation force impulse (ARFI) technology, is an add-on module that can be incorporated in standard ultrasound devices, that uses conventional ultrasound transducers for the examination, allowing the direct visualization of liver parenchyma while performing liver stiffness (LS) evaluation. The method is reliable and reproducible also in patients with ascites and was performed for the first time with Hitachi systems (EUB-8500 and EUB-900). The Hitachi SonoElastography (HI-RTE) module uses an extended combined autocorrelation method to produce a real-time elasticity image, by using a freehand approach to compress the tissues with the ultrasound transducer. The relative tissue elasticity is calculated and displayed as a color overlay on the conventional B-mode image.

The technique was further developed on the new HI VISION Preirus (Hitachi Medical Systems Europe Holding AG) system with embedded elastography module. In this system the device automatically captures the internal compression transmitted to the liver parenchyma by the heartbeat. A ROI can be placed approximately 1 cm below the liver capsule and on each image the histogram and the parameter values are displayed.

Until now several elasticity scores were evaluated and even if there still are limitations of this method, the last results obtained with the new RT-E system seem to open new perspectives for this type of hepatic elastography, over passing the subjective analysis of color mode elastography.

Shear wave elastography is a new technique designed to overcome some of the disadvantages of other elastographic techniques. It is based on supersonic share imaging, an ultrasound-based technique used for real-time visualization of soft tissue viscoelastic properties. This technique is based on the combination of a radiation force induced into the tissues by focused ultrasonic beams and a very high frame rate ultrasound imaging sequence able to capture in real time the transient propagation of the resulting shear waves.

The technique is available on the Aixplorer® system (SuperSonic Imagine, France) and initially was used for the evaluation of breast nodules, of prostate elasticity, for the evaluation of muscle and tendon stiffness and for thyroid disease diagnosis. Preliminary results showed a real value of this method for liver stiffness estimation in patients with chronic hepatitis.

Biological tests, elastographic methods alone or in combination can be used for the non-invasive evaluation of chronic liver diseases, in order to increase their value.

The combination of TE and serological tests offered a good diagnostic performance, both for significant fibrosis (F≥2) and for severe fibrosis/cirrhosis (F3–F4) diagnosis. A clinical management algorithm, using the combination of FibroScan and FibroTest as part of the first-line work-up was developed for liver fibrosis assessment in HCV patients. By using this algorithm, liver biopsy would have been avoided in the majority (77%) of patients. In HBV inactive carriers, the combination of TE and FibroTest allowed the exclusion of significant fibrosis (F≥2) in nearly 80% of cases.

Another useful combination is the one between two elastographic methods (TE and ARFI), being highly specific for predicting significant fibrosis (F≥2 Metavir). For predicting F≥2, when LS by means of both TE and ARFI were higher than the proposed cut-offs, the sensitivity was 93.3%, the positive predictive value was 96.8%, so that in those patients, liver biopsy could be avoided (60.5% of cases). For predicting cirrhosis (F4) the results were also very good, with 94.4% specificity, 94.4% negative predictive value and 91.8% accuracy, so the combined methods are not only able to confirm, but also to exclude the presence of cirrhosis.

The accurate characterization and the differential diagnosis between different types of focal liver lesions (FLL) are important aims that all the imaging modalities available today should satisfy. Elastographic methods aim to exploit the elasticity differences between FLL and liver parenchyma in order to make the differential diagnosis between malignant and benign lesions. Currently, three elastographic methods have been evaluated and showed their applicability in this area: Acoustic Radiation Force Impulse (ARFI) Elastography, Real-time Elastography (RT-E) and Shear Wave Elastography (SWE). Many studies showed that using one of the elastographic methods, for a chosen cut-off, the differentiation between malignant and benign nodules is possible. Other studies demonstrated that elastographic techniques are helpful to detect recurring hepatocellular carcinomas (HCCs), or to evaluate HCC or liver metastases after local or systemic treatment.

Some time ago, Schiano raised the question "To B or not to B", which means "To Biopsy or not to Biopsy" the liver for the evaluation of chronic hepatopathies. For a long period, liver biopsy (LB) was considered the "gold standard" for the evaluation of liver morphology. A major disadvantage of LB is its invasiveness: the risk of post-biopsy discomfort for patients and sometimes, for serious complications; also the lack of sensitivity to detect fibrosis, due to its heterogeneity; and the inability to obtain good quality fragments, adequate for pathological examination. In these conditions, the question is whether LB can be regarded as the "gold standard" for staging and grading chronic hepatitis in daily activity. But what alternative can we propose for the evaluation of liver fibrosis at this moment? The answer is: non-invasive methods and the ultrasound elastographic ones presented in this volume. Transient Elastography (FibroScan, Echosens) is a recognized method in many countries. Published papers and meta-analyses showed the value of this method for the diagnosis of liver cirrhosis (AUROC - 94%); for staging chronic HCV hepatitis (a cut-off value of 7.5 kPa differentiates F0–1 from F2–4 with 67% sensitivity, 87% specificity, 86% positive predictive value (PPV) and 68% negative predictive value (NPV), with a diagnostic accuracy of 76%; but also in HBV chronic infection, NASH, PBC, PBS). Acoustic Radiation Force Impulse (ARFI) Elastography (Siemens S2000) is another elastographic methods with promising results (a meta-analysis showed that the mean diagnostic accuracy of ARFI expressed as AUROC was 0.88 for the diagnosis of significant fibrosis (F≥2), 0.91 for the diagnosis of severe fibrosis (F≥3), and 0.93 for the diagnosis of liver cirrhosis. In the subgroup of patients who underwent both ARFI and TE, the diagnostic accuracy of ARFI was comparable to TE for the diagnosis of significant and severe fibrosis, with a trend to be inferior for the diagnosis of cirrhosis. The future of liver fibrosis evaluation points towards non-invasive methods, decreasing dramatically the number of liver biopsies. Studies have been published regarding the value of Real Time Elastography, performed for the first time with Hitachi systems (EUB-8500 and EUB-900), which uses an extended combined autocorrelation method to produce a real-time elasticity image by using a freehand approach to compress the tissues with the ultrasound transducer. The relative tissues’ elasticity is calculated and displayed as a color overlay on the conventional B-mode image. HiRT-E could be a promising method for the evaluation of liver fibrosis in chronic hepatopathies, but new methods of color code interpretation are needed to improve the accuracy, as well as a reference acquisition methodology. ShearWave™ Elastography, the new "kid on the block", produces an image where true local tissue elasticity is displayed in a color map in "real time". Elasticity is displayed using a color coded image superimposed on a B-mode image. Stiffer tissues are coded in red and softer tissues in blue, with an image resolution of approximately 1mm. The true elasticity is assessed based on Shear wave propagation speed into the tissue. It is a very new method and only small studies were presented at international meetings. Thus, having the alternative of noninvasive elastographic methods for the evaluation of liver fibrosis (maybe together with serum tests such as FibroMax) and knowing the low real life yield of liver biopsy (and the risk of complications), we can safely conclude that, for daily medical activity, liver biopsy can be avoided in the vast majority of cases. This ebook presents an interesting set of chapters on the subject and is of good value to hepatologists interested in non invasive diagnostic methods for liver diseases. 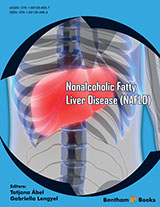 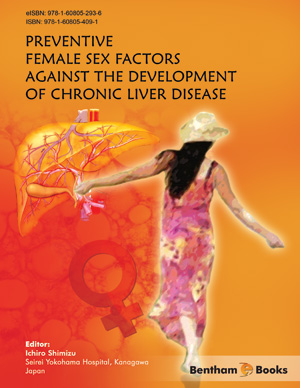 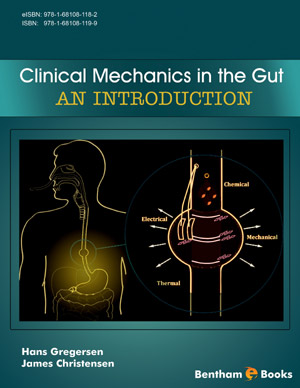 Clinical Mechanics in the Gut: An Introduction 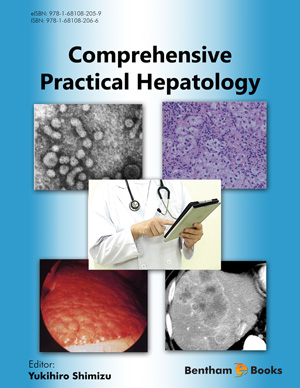 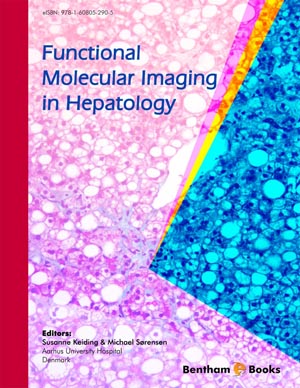 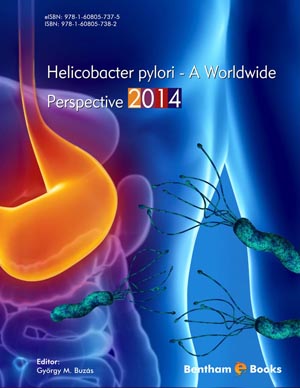 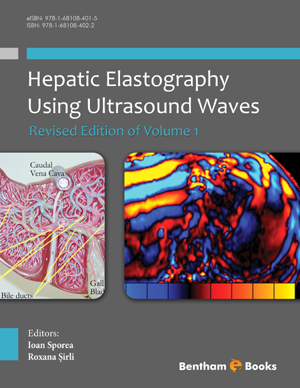 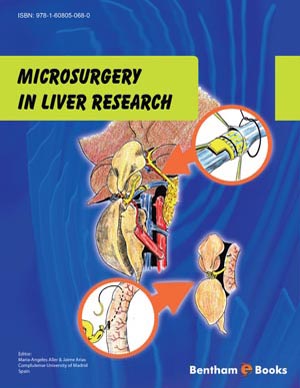 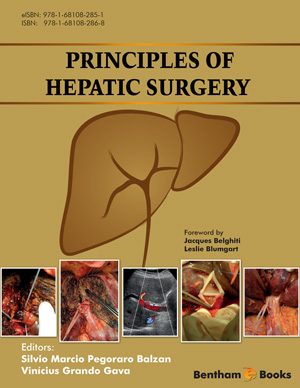 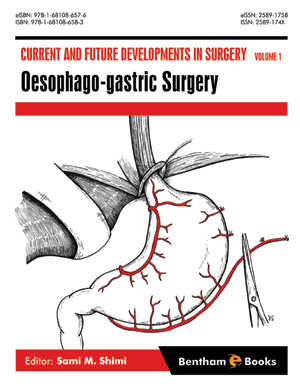 Current and Future Developments in Surgery