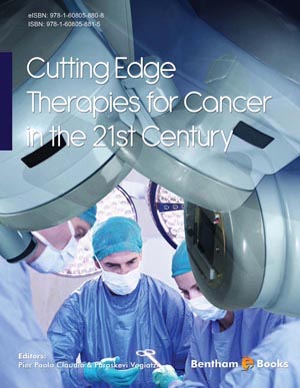 Role of Gastrokine 1 in Gastric Cancer: A Potential Diagnostic Marker and Antitumor Drug

Gastric cancer is still one of the prevalent leading causes of cancer-related deaths worldwide. The high mortality rate is mainly due to late-stage diagnosis, which has a very poor prognosis (five-year survival rates are as little as 3-10%). By contrast, early stage gastric cancer is highly curable with five-year survival rates exceeding 90%. Early detection is therefore the single most important factor influencing the outcome for gastric cancer patients. However, there are currently no biomarkers of acceptable sensitivity and specificity to detect early stage gastric cancer. Gastric infection with Helicobacter pylori (H. pylori) seems to be a risk factor for gastric cancer. Epidemiological studies have shown that patients that test serum positive to H. pylori infection are associated with a three- to six-fold increase in the risk of gastric cancer, findings that are compatible with pathological links between H. pylori-associated gastritis, pre-cancerous lesions, and subsequent cancer of the stomach. In a previous study, moving from genomic to proteomic investigation, we have identified a protein, gastrokine 1 (GKN1), a stomach-secreted protein previously named AMP-18 (18kDa Antrum Mucosa Protein) that was highly expressed in normal tissues and significantly down-regulated in H. pylori positive patients with respect to H. pylori negative subjects. In addition, we have also found that GKN1 is normally expressed in gastric mucosa but not in primary tumours, both at the transcriptional and translational levels. On the basis of these findings, we propose that GKN1 can be used as a new molecular marker that could be useful to predict early cell transformation and might be a potential novel target for gastric cancer therapeutics. Moreover, we have also found that recombinant GKN1 affect cancer cell growth and that the transient expression of GKN1 in human gastric cancer also inhibits cell growth and induces apoptosis, thus suggesting the importance of GKN1 in preventing cancer development in gastric tissues. Finally, we hypothesize that GKN1 might act as a tumor suppressor and thus foresee its importance as an antitumor drug.