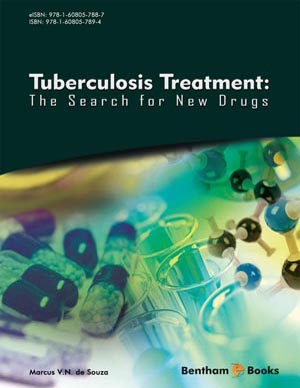 Known Drugs Against Different Targets or Diseases Evaluated Against Tuberculosis

Nowadays, the evaluation of known drugs against different targets or diseases has become a new strategy in drug discovery. Many of known drugs have exhibited very good efficacy against TB and this methodology is very fruitful because PK-PD (Pharmacokinetic-pharmacodynamic), toxicity and preclinical studies are known for such drugs, which can be useful for conducting clinical trials directly. Fluoroquinolones are the best example, where moxifloxacin and, gatifloxacin used as antiinfective drugs are in advanced clinical trials against TB (Chapter 2). Known drugs exhibiting anti TB activity can also be used as a start point for chemical modifications in the search of new TB lead compounds. In this context several known drugs, such as antimalarial drugs, isoxyl, thiosemicarbazone, clofazimine, diclofenac, macrolide and thioridazine will be highlight in this chapter.