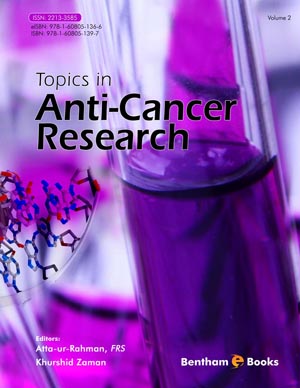 Renal cell carcinoma (RCC) is one of the most common cancers in the United States. Recent achievements in translational research have led to significant developments in treatment strategies for this malignancy. RCC is a richly vascular neoplasm. A better understanding of disease biology has helped in the development of anti-angiogenic therapy. Vascular endothelial growth factor (VEGF) is the most important molecular target in the treatment of RCC. Patents have been filed for anti- VEGF and other molecular pathways involved in the pathogenesis of RCC. This chapter provides an overview of angiogenesis in RCC, important anti-angiogenic drugs for treating RCC and some developmental drugs and patents which might shape the treatment of RCC in future.