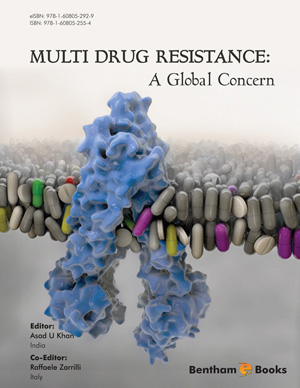 Trends of resistance among gram-negative bacteria are progressively on the rise and it appears that control measures may not yet be successfully achieved. Multi-drug resistant bacteria often complicate treatment options and result in unfavorable morbidity. Thailand experiences the emergence of various resistant phenotypes in the last decade. For example, extended-spectrum β-lactamase (ESBL)-producing bacteria have reached ca. 40% among Escherichia coli and Klebsiella pneumoniae isolates. The rapidly spread of ESBL family, CTX-M, is highly endemic in this area. It is noteworthy that ESBL producers are now recognized as a cause of community-onset infection, and thus indicating a more difficult situation to control. In addition, probably due to a heavy use of carbapenem agents against ESBL producers, carbapenem-resistant Enterobacteriaceae have recently emerged. Pseudomonas aeruginosa and Acinetobacter baumannii are predominantly nosocomial pathogens. They are notorious for their extreme resistance to available antimicrobial agents, in which ca. 30% and 70%, respectively, of our clinical isolates are classified as “extensive drug resistance”. This leads to an unwilling use of colistin, a high toxicity drug with a little experience for use in human. Although it is effective against these organisms, it is unfortunate that colistin-resistant isolates have lately been identified, likely reflecting an increased use of colistin. An inefficiency of antimicrobial stewardship program and a lack of policy for controlling antibiotic purchase over the counter are believe to, at least in part, contribute to this abrupt expansion of resistant bacteria. In this chapter, various resistant phenotypes among gram-negative bacteria posing a health care problem in Thailand, as well as their resistant genotypic characteristics and molecular epidemiology, will be discussed.