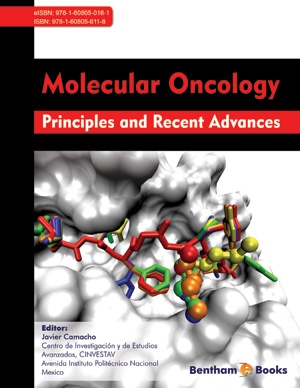 Signal transduction has proven to occur not through linear pathways linking individual receptors to specific cellular responses, but rather, occurs through a set of interconnected pathways which form complex signaling networks. Some key pathways, such as Ras-Raf-MEK-ERK, PI3K-Akt-NF-κB, JAK-STAT, and Src are often initiated by receptor tyrosine kinases. They function as entry points for many extracellular cues, and play a critical role in recruiting the intracellular signaling cascades that orchestrate a wide range of biological processes regulating essentially all aspects of normal and malignant cell behavior. It is clear that enhanced or deregulated signaling can generate signals leading to tumor growth and metastasis. Herein, defects in the apoptotic signaling pathways, which have been recognized as a hallmark of cancer, are described with particular focus on the key players of intrinsic pathway of apoptosis.