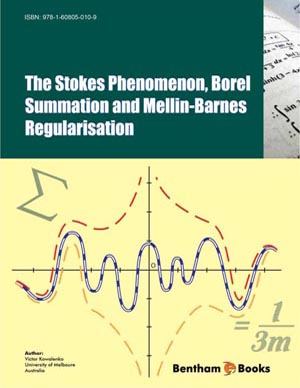 In the final chapter a summary of the major issues surrounding this work is presented together with a discussion of the main results. The conclusion begins by relating the discovery of the Stokes phenomenon in the terms of the concepts appearing in this book plus the subse-quent developments over the next sesquicentenary or so. It then proceeds to explain why these developments have been unsuccessful in providing a satisfactory explanation of the phenomenon. This is attributed to the fact that they have not employed the important concepts of equivalence and regularisation, which are crucial for obtaining meaningful values from each component se-ries in a complete asymptotic expansion. Such values have been referred to as regularised values throughout this work. Then the two main techniques of regularising a divergent series, viz. Borel summation and MB-regularisation, are discussed and compared with each other. It is pointed out that the former is responsible for the behaviour of an asymptotic expansion as it experiences the Stokes phenomenon, while the latter produces broader sectors over which an asymptotic ex-pansion is valid. Not only do the broader sectors overlap one another, there is no evidence of discontinuities across specific rays as there is with Borel-summed forms for the regularised value of an asymptotic series. Furthermore, the concept of regularisation allows us to go beyond Borel summation and consider asymptotic series whose coefficients are not dependent upon the gamma function. Finally, the ramifications of this work on the subject of asymptotics are addressed.