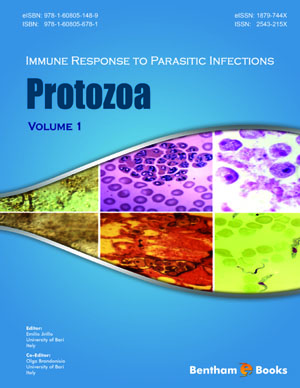 In this chapter, we address the relationship between Leishmania and its host macrophage at the molecular level. Parasites of the genus Leishmania are able to secure their survival and propagation within their host by altering key signalling pathways involved in the ability of macrophages to directly kill pathogens or to activate cells of the adaptive immune system. One important step in this immune evasion process is the Leishmania-induced activation of host protein tyrosine phosphatase SHP-1. The latter has been shown to directly inactivate JAK2 and Erk1/2, and to play a role in the negative regulation of several transcription factors involved in macrophage activation such as: NF-kB, STAT1α, and AP- 1. These signalling alterations contribute to the inactivation of critical macrophage functions such as the production of IFN-γ-induced nitric oxide (NO), a free radical associated with parasite killing and clearance. In addition to interfering with IFN-γ receptor signalling, Leishmania is able to alter several LPS-mediated responses (e.g. IL-12, TNF-α, NO production) through mechanisms not yet fully understood. However, recent findings from our laboratory revealed a pivotal role for SHP-1 in the inhibition of TLR-induced macrophage activation through binding to and inactivating IL-1 receptor-associated kinase 1 (IRAK-1). Furthermore, we identified the binding site as an evolutionarily conserved ITIMlike motif, which we named Kinase Tyrosine-based Inhibitory Motif (KTIM). This accumulating knowledge helps us better understand evasion mechanisms employed by promastigotes and/or amastigotes of Leishmania which could help in the development of more efficient anti-leishmanial therapies in the near future.