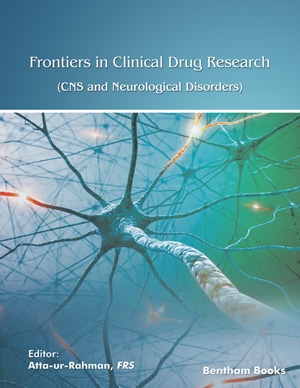 Attention deficit hyperactivity disorder (ADHD) is a neurodevelopmental
disorder characterized by hyperactivity, impulsivity, and inattention and affects
between 2 and 9% of school-aged children.

Accumulating evidence indicates that ADHD is caused due to imbalances of the
dopamine (DA) and noradrenaline (NA) systems and provides support for the
recommendation of medications such as methylphenidate (MPH) and atomoxetine
(ATX), which work on each system, respectively. MPH inhibits the reuptake of
catecholamines, especially DA, and ATX inhibits the reuptake of NA predominantly in
the prefrontal cortices to improve ADHD symptoms.

There are no objective methods for evaluating the effects of medications. Clinicians
usually refer to the severity levels of symptoms listed on rating questionnaires for
subjective measures of ADHD symptoms conducted by children’s parents or teachers.
Therefore, more objective approaches are urgently required.

The use of non-invasive functional neuroimaging modalities has been reported as a
method for visualizing neural function, and such modalities include functional
magnetic resonance imaging (fMRI), positron emission tomography (PET),
magnetoencephalography (MEG), and, lately, functional near-infrared spectroscopy
(fNIRS). Since the 2000s, fMRI research has revealed pharmacological effects of
ADHD therapeutic agents in the PFC. However, elimination rates for fMRI
measurements have been high, especially in pediatric cases. In this regard, fNIRS,
which measures cortical oxyhemoglobin concentration changes associated with
neuronal activation, has several advantages, such as its usefulness in accessibility and
tolerance of body motion.

Our fNIRS-based method with young ADHD children showed the neural dysfunction
and neurofunctional modulation induced by medication. Hemodynamic responses in
the right PFC during an inhibition task, a go/no-go task, were robustly lower in ADHD
children than in controls. These responses could differentiate ADHD from controls
individually, with a sensitivity of 90% and a specificity of 70%. Regarding
pharmacological effects, randomized, double-blind, placebo-controlled, crossover
studies have revealed normalized hemodynamic responses in the right PFC caused by
MPH and ATX in ADHD children during go/no-go tasks. On the other hand, during an
attentional task, an oddball task, ATX led to activation in the right inferior parietal
cortex (IPC) in addition to the PFC, while MPH induced hemodynamic responses only
in the right PFC. These responses reflect neuropharmacological effects on each of these
two neural networks. MPH upregulates the dopamine system, and ATX affects the
noradrenergic system. Furthermore, MPH-induced neuropharmacological effects in
ADHD children with or without comorbid autism spectrum disorder (ASD) provided
evidence for a differing neurofunctional pathology between the two groups.

This evidence provides a promising possibility to enable diagnosing and evaluating
treatments for ADHD patients at the clinical level.