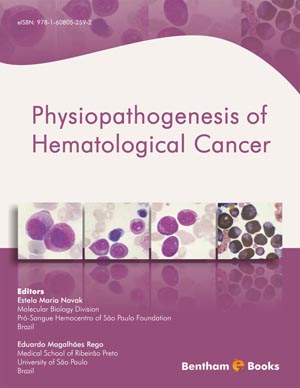 The fate of hematopoietic stem cells (HSCs) is largely regulated by interactions with the bone marrow environment. In the bone marrow, multiple stem cell niches have been proposed to control different stem cell behaviors, including mobilization, circulation and homing. Currently, the hematopoietic niche is conceptually divided into an osteoblastic niche (located near osteoblasts) and a vascular niche (near the sinusoids). It has been suggested that the osteoblastic niche is responsible for retain stem cells in a quiescent state maintaining a sufficient stem cells number while the vascular niche has an important role in supporting proliferation, differentiation, and transendothelial migration of HSCs. These niche’s functions are controlled by multiple signaling and adhesion molecules. Leukemic stem cells (LSC) are derived from HSCs or proliferating progenitor cells through the acquisition of stem cell properties including the ability to selfrenewal. Similar to normal HSCs, LSCs depend upon interactions within a specific niche to maintain and to support cell growth. This review addresses the interactions between HSC and LSC with their microenvironment, exploring mechanisms that regulate normal and malignant hematopoiesis.