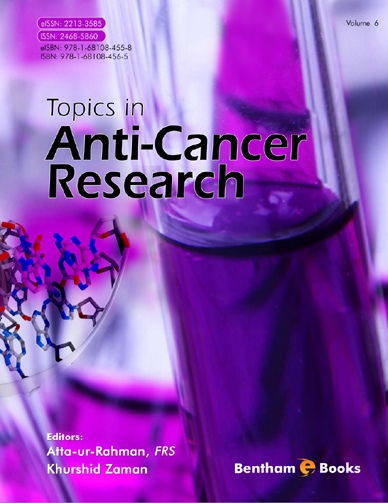 In developmental biology, all cellular events are suitably synchronized to ensure proper growth and development of any multicellular organism. A healthy adult tissue is often characterized by stem cells that can undergo orchestrated cell division and differentiation. Disruption of these events often leads to cancer resulting from the accretion or accumulation of the genetic and epigenetic changes that occur at the somatic as well as the germ line levels. In the recent years, significant progress has been made in the early detection, treatment and prevention of cancer. Targeted cancer therapies include the use of apoptosis inducing drugs and drugs that target microtubules among others. Over the past few years, drugs that inhibit microtubule dynamics have been successfully used as anticancer drugs. They can either be microtubule stabilizers (Vincristine, Vinblastine, Colchicine etc.) or microtubule destabilizers (Paclitaxel, Docetaxel, Epithilones, Taccalonolides etc.). Recently, new classes of compounds have been identified that interfere with cell growth and proliferation as a consequence of binding to tubulin αβ- dimers. Natural compounds like Curcumin have shown to inhibit tubulin activity. Whereas some antimitotic agents like Aurora A/B, Pentoxifylline, benzimidazole derivatives, combrestatin, polymeric nanoparticles etc. have been reported to show significant effect in the treating several types of cancer which were previously deemed untreatable. The following chapter acknowledges the presence of these anti-tumor compounds and how they target microtubules and further aid in the treatment of various cancers afflicting human beings.