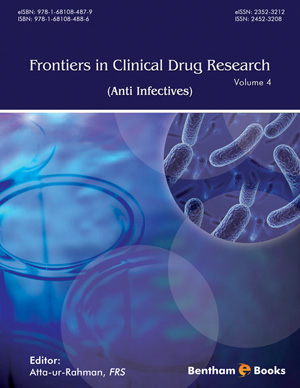 Prevention and Eradication of Biofilm in Medical Indwelling Devices

The use of medical indwelling devices (MID) became a hallmark in medicine during the last few decades. While it represents a considerable progress in terms of chances of patient survival, several associated drawbacks demand continuous research in terms of optimization of such devices or of its use in order to cope with complications, which could be life threatening. Notably infection remains one of the most inherent complications associated with MIDs, constituting the most feared threat. Very frequently, it demands MID replacement, often leading to its lost, to prolonged patient hospitalization and, ultimately, to patient death. In any case, it represents a serious burden to healthcare systems in terms of allocated resources and financial costs. The formation of biofilm became the paradigm of MID infection. Independently of the nature of such devices, following its placement or implantation infection remains hard or impossible to control with common antibiotics. In fact, antibiotic drugs hardly penetrate the polymeric matrix of biofilm, which allows organisms to evade its activity. Moreover, organisms in biofilm display increased antibiotic resistance, in comparison to its planktonic counterparts. While diverse preventive strategies have been attempted, with variable success, fewer options remain available once overt infection develops, apart from device removal. Nevertheless novel alternatives have been proposed and recent research efforts with specific devices have provided encouraging results. Our research team has been addressing this problematic from a clinical perspective and, in particular, from a laboratorial point of view, conducting both in vitro and in vivo studies in biofilm infection models. The authors propose to conduct an extensive review and discussion of the literature available concerning biofilm involvement in MID infection, having as main focus the eradication of biofilm at the surface of MID, apart from prevention of the initial steps of its formation. While a large variety of devices will be discussed, like central venous catheters, prosthetic or cardiovascular implants, special consideration will be dedicated to high value devices such as heart pace-makers and cerebral stimulators, attending to the direct high costs associated to its lost following infection.